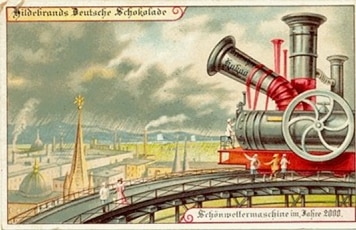 by Rand Clifford for VT

Drought in California is currently blamed on what mainstream weather parrots keep parroting: ” The Ridiculously Resilient Ridge”. Also parroted as “ RRR”, and, “ Triple R”…this ridge of high pressure off the coast of California is actually a martial maneuver.

Satellite imagery clearly reveals how the California drought is being executed. [1]

Weather as a Force Multiplier: Owning the Weather in 2025

Such was the title of a research paper embraced by the US Air Force, August, 1996.

“In 2025, US aerospace forces can ‘own the weather’ by capitalizing on emerging technologies and focusing development of those technologies to war-fighting applications.  Such a capability offers the war fighter tools to shape the battlespace in ways never before possible.”

“A high-risk, high-reward endeavor, weather-modification offers a dilemma not unlike the splitting of the atom.”

“From enhancing friendly operations or disrupting those of the enemy via small-scale tailoring of natural weather patterns to complete dominance of global communications and counterspace control, weather-modification offers the war fighter a wide-range of possible options to defeat or coerce an adversary.”

Ecological carnage on the ground is vivid and catastrophic. Exactly how the catastrophe is orchestrated; what is being done, how it is being done, the weapons employed—everything is superbly documented in the video mentioned above [1]. About all that isn’t proven is the… WHY?

As for ferreting out identities of the warmongers, perhaps we should begin with:

Who is buying up all the mainstream weather media?

” Rothschild LLC, is slated to acquire 70% of Weather Central, which provides weather forecasting services and graphics to local television stations and TV programs such as ABC’s ‘Good Morning America.’”

Also from the : WSJ

“ The Weather Channel was purchased more than two years ago in a $3.5 billion deal led by NBC Universal and private-equity firms Blackstone Group and Bain Capital.”

( author’s note: NBC Universal is part of the Rothschild power-cloaked hydra, same as Blackstone Group. Bain Capital was founded by Mitt Romney and apparently, might be somewhat free of the Rothschild hydra, maybe.)

Rothschilds ultimately own most of Zionist Mainstream Media (ZMM). Basically, if Rothschild’s don’t control something, it’s not worth being controlled. Maximum control of weather reporting is essential to their weather warfare. What if some maverick reporter somewhere reached a million viewers with the idea: “Something very strange is happening in our skies, you might want to look up”? Sure most viewers are very good at shrugging off most everything they don’t want to believe; still, the last thing Rothschilds want is the public looking up and thinking at the same time.

We also have overwhelming evidence of coordinated aerosol attacks on the  San Joaquin Valley, agricultural jewel that supplies much of America’s vegetables. By definition, this is an act of war. [2]

So what are they dumping on America’s food, in the lungs of Americans, and on the biosphere?

The usual suspects, cloaked by power of paper and lurking behind waves of gilded curtain…one thing reliably truthful about them: once a Khazar, always a Khazar . A crucial reality Rothschilds and the rest of the Ashkenazi  “Jews” are finally losing control of after over twelve centuries. “Sephardic” Jews…”genuine” Jews, make up about 3% of modern “Jewry”. The other 97% are bulk and body of Phoenix Khazar. Mongols, Huns, Turks…some of history’s most vile aggressors.

Formerly a true-blue storyteller, the sky has been a reliable place to look for what’s coming. Today, the sky is even more indicative of what’s to come—one indication being that the sky is rarely blue anymore. Profound sky changes are happening right before our eyes. Don’t be blinded by…all the usual suspects.

Will humanity, even most life on Earth, survive fallout of millions of “persistent contrails” striping the sky and fusing into haze capable of turning  horizon-to-horizon deep blue sky into a biocidal dome of doom? Escalation seems the only thing visible anymore, horizon to horizon.

If it all sounds like a proxy declaration of war, ask Californians.

1)   importance of this video cannot be overstated!

The most bedrock-truth about California under attack is breathtakingly revealed with five transparent proofs of the California drought being an act of war.

Rand Clifford’s novels are published by StarChief Press. A search for:  “by rand clifford” offers a cornucopia of Clifford essays. Contact for Rand:  [email protected]