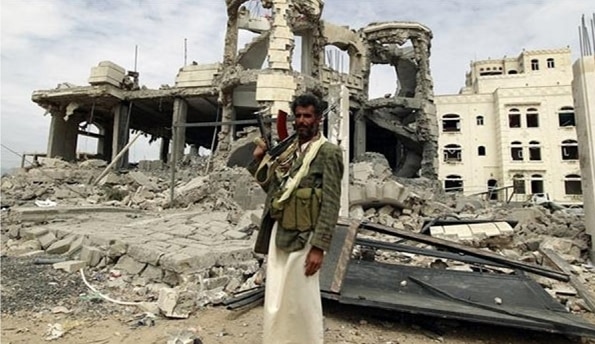 TEHRAN (FNA)- Saudi soldiers fled the battlefield after Yemeni troops launched a retaliatory attack and hit a kingdom’s military base in the Southwestern province of Jizan on Sunday.

According to al-Masirah satellite television network, the Yemeni army, backed by popular fighters, targeted a military post by rockets and mortar rounds in Jizan and forced the Saudi troops to flee the region.

The report by the Arabic language TV added that the monarchy’s troops escaped their bases using armored vehicles.

Saudi Arabia’s Interior Ministry issued a statement early on Sunday, saying that a Saudi soldier was killed at border areas after Yemeni fighters fired rockets and mortar rounds into Jizan.

The retaliatory attack came after Saudi bombers pounded residential areas in Yemeni border cities and claimed the lives of scores of civilians.

The tribal forces have increased attacks on the Saudi border guards in recent days, making the Saudi forces withdraw 20 kilometers in their territories two days ago.

Saudi Arabia has been bombing Yemen in the last 67 days to bring its ally, fugitive president Mansour Hadi, back to power.

The airstrikes have so far claimed the lives of more than 4,155 civilians, mostly women and children.

According to a recent report by Freedom House Foundation, most of the victims of the deadly Al Saud campaign are civilians, including a large number of women and children.

Thousands of residential buildings have been destroyed, and hundreds of civil and public facilities were reduced to rubble as a result of the bombardments by Saudi warplanes on the Yemeni cities and towns, the group said.