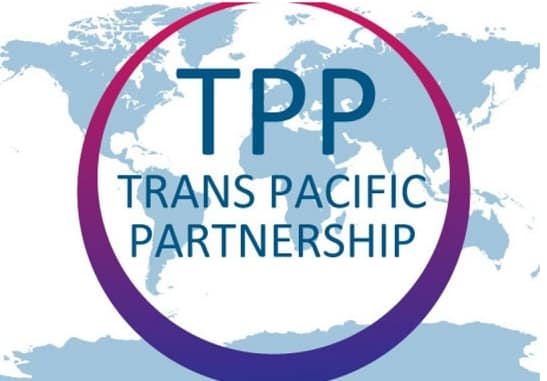 In a recent article I wrote The Trans Pacific Partnership Agreement (TPP), BRICS and the South African Connection.

I pointed out that thanks to Gold Price Rigging, South Africa has been robbed and defrauded of billions.

Accrording to Alan Greenspan in 1966:

“In the absence of the gold standard, there is no way to protect savings from confiscation through inflation. There is no safe store of value. If there were, the government would have to make its holding illegal, as was done in the case of gold[FDR1934]. If everyone decided, for example, to convert all his bank deposits to silver or copper or any other good, and thereafter declined to accept checks as payment for goods, bank deposits would lose their purchasing power and government-created bank credit would be worthless as a claim on goods. The financial policy of the welfare state requires that there be no way for the owners of wealth to protect themselves.”

In 1981 Jelle Zijlstra the President of the BIS said:

“I feel it is necessary for us, within the Group of Ten and Switzerland, consider ways to regulate the price of gold…”

In other words, the Gold Price has been manipulated through the sale of worthless paper GLD certificates flooding the market and ensuring that the real price of gold and platinum has been kept at such a low level that many mines can hardly cover the cost of mining and South Africa has lost billions in GDP and revenue as a result. The value of the rand which in 1981 was worth more than the Dollar is currently sitting at almost 12: 1.

Over and above the billions that South Africa has lost in revenue due to Gold Price rigging there are also the criminal  Libor, Currency trading, and High Frequency Trading manupulaing and rigging the markets in favour of the dollar.

At the BRICS meeting on May 24-25th held in Moscow, Secretary Nikolai Patrushev said:

“The West has increasingly been using international financial institutions as an instrument of pressure… Overall capital outflows from the BRICS economies have amounted to at least $3.5 trillion in the past ten years. Capital outflows in the past three years account for over one half of this.”

Do I believe him? Well quite frankly yes. Anyone who has been keeping a close eye on the total criminality that has taken place on Wall street in the last 7 years would be hard pressed not to. Even more shocking, Professor Jeffrey Sachs of Columbia University on April 17, 2013 speaking at the “Fixing the Banking System for Good” conference had this to say:

“I think in general for most small countries, or most developing countries, ( that is South Africa)  … there is a sense of almost complete dependency on the international system. THeir payments, their lines of credit, interbank markets, the need for swop facilities, with the Fed or the ECB, the pervasiveness of tax havens, the extent of flight capital from their countries. The legal structures where basically very clever US lawyers help to free all of these countries from their tax revenues, they feel very much dependent on a system that they feel is dysfunctional but also they have been well schooled for the last 25 years their goal is to be part of the international system. They just woke up to a system that they find very destabilizing and they don’t see any clarity of the way forward. And most of the advice they get is that to be part of the system and be quiet basically. This is how the system is. You join it . You stay on good terms with the Fed. With the IMF and there is very little sense of autonomous potential among these countries. I can only emphasise the palpable anger and vulnerability that’s felt right now is very very high.”

And yes, I do feel a very palpable anger. Now I know exactly where our tax revenue has gone. If any South Africans are wondering why our country is falling to pieces, all of the above should explain in no uncertain terms. Eskom  is cutting our electricity on a regular and ongoing basis, our dams and rivers are all polluted, our schools and hospitals which once were first world standard have fallen into third world status and we have to pay for our freeways and try to survive the ever rising cost of living that is fast becoming unbearable for many. Our tax revenues are not ours to pay for the running of the country but have been stolen by : very clever US lawyers who help to free us of our tax revenues!

What concerns me even more to quote myself in a previous article:

“is  the insidious practice of “colour revolutions. ” HERE is a full explanation. A short explanation: corporations funding and controlling social and political demonstrations, strikes and violent riots in order to infiltrate and bring about a change of government and then install their own puppets who have been waiting in the wings to take over and change any and all legislation in that country that is not to the benefit of the corporations involved. The current situation in Ukraine is a prime example.

As a result I have become very suspicious of situations like Marikana, the Xenophobia that has raised it’s ugly head in the country and the miners strikes that have crippled our gold and platinum industry.”

Patrushev has confirmed my fears. He says in order to try to destabilize BRICS member states:

“The tendency of the past five years indicates that information pressure and attempts to artificially fuel national, religious and cultural disagreements will primarily be used to deter our countries.”

South Africa in recent years has certainly seen their fair share of that and those who feed racial tensions, cultural disagreements and fuel the flames of hatred need to be treated with the utmost of suspicion on all levels. We need to ask ourselves, who are they really working for and who is paying them? And do they intend for us to become 100% Corporate USA owned and part of the TPP?

That is after they get us all to kill each other off first in some senseless revolution similar to Libya, Syria, Nigeria and Ukraine!