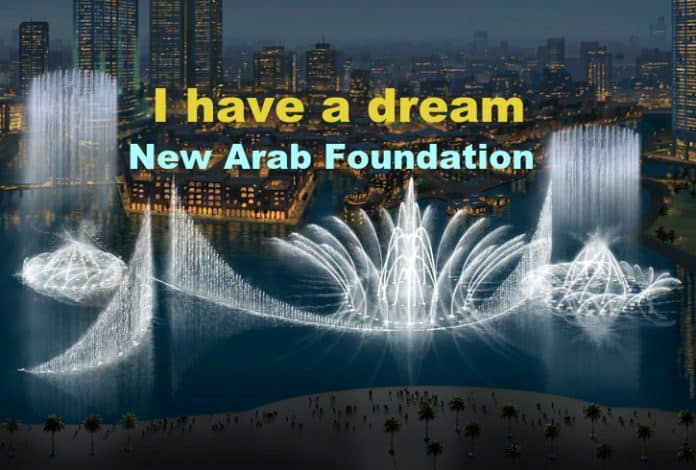 It is a no brainer for anyone with nominal understanding of international politics to see that the Arab world is in trouble, with numerous countries in a state of civil war, including Iraq, Yemen, Syria, Libya and Sudan.

They are bombarded by thousands of mercenaries joining Al-Qaeda, ISIS, or Jabhat Al-Nusra, who are coming from Europe, the US, the Arab Peninsula, and even the more distant Maldives and Indonesia. They are joining “Islamist” militia, to kill and get killed, to destroy rather than to build. The New Arab Foundation wants to change this negative dynamic.

The Arab and Muslim worlds are experiencing turmoil and conflicts they’ve not witnessed since colonial times, and their nation states are threatened from within and without.

With the rise of military dictatorship in the 50’s, the Soviet invasion of Afghanistan (the birthplace of the “jihadist” movement), and the First and Second Gulf War, these combined events formed a watershed in the Arab and Muslim worlds, with trillions in fortunes and livelihoods being diverted from society-building to regional, “religious” and “sectarian” war-mongering and the destruction of traditional nations. Significantly, this process was promoted and well-funded by international powers.

Military and nationalistic “secular dictatorship” and “jihadist ideology”, combined with corruption, looting of people’s assets and state wealth, nepotism, lack of transparency and accountability, lack of fairness and equal opportunity, lack of mentoring and inept abusive humiliating bureaucracy — all are responsible for the failure of many Arab and Muslim states. The investment in war and conflict has produced dire results.

Much like Mary Shelley’s fictional monster Frankenstein, “jihadists” and “secular” dictatorships are now injuring and threatening the very states and institutions that created and nurtured them. The world is witnessing the negative, self-perpetuating spiral of this monster. Organizations like ISIS and al-Shabaab acquire sophisticated weapons and thousands of recruits from Europe, the US and the Middle East, and put entire Arab and Muslim societies at risk.

Global statistics for people 15 to 35 years of age reveal that as much as 50% of the world’s population may be classified as “youth”, including Arab, Muslim and Western countries. Large numbers live in poverty (often extreme), and consider themselves marginalized in their communities, as well as in national and world affairs. Studies have shown that hopelessness and despair, rather than religious commitment, provide the fodder for their recruitment to “jihad”.

Our vision is to break the negative, self-reinforcing spiral of vulnerable youth being mobilized by “religious actors” or “terrorists” to go fight against what they are told is the cause of their suffering (i.e., secular, sectarian opponents and “infidels”); and as a result, they are often killed in the fight, a situation that is advertised in order to reinvigorate the negative spiral.

The Foundation will break this otherwise indestructible force by redirecting the energy that fuels it — the power and innocence of youth — into a positive, self-reinforcing contribution to the greater good of the world.

Through each person’s achievement, our efforts positively self-reinforce their sense of belonging to a greater community and their increased sense of self-worth.

We intend to provide opportunities for talented and motivated young people to channel their energies and enthusiasm into life-changing community service. We believe there are many youths and college grads having professional skills from the “Arab World” (and outside like North America, Europe and Australia), who would be interested in and willing to give a year or two of their lives to help build better futures for their communities.

This community service not only makes a positive difference to those communities, but also provides valuable skills and life experiences to the individuals.

The New Arab Foundation, through its first initiative the Arab Peace Corps, intends to turn around the current negative dynamic, by challenging young minds and talents to contribute to life — to contribute to building not destroying.

Listen to Sami Jadallah Interview on Future of Middle East

We know from successful models and similar programs like the US Peace Corps that young college graduates and other skilled professionals always rise up to the challenge of doing good and are willing to take time out for couple years not only to serve but learn and venture as well. An experience that makes them better citizens and better employees back home in countries of their citizenship and residency.

The Arab Peace Corps will also offer graduate students in the master and PhD programs an opportunity to study and serve contributing valuable experience and know how, making them outstanding candidates for employers and will seek future and preferential employments for veterans of the Arab Peace Corps with government and private sector.

From prior work on conflict analysis and resolution, we know that individuals and groups of people are mobilized into action by key actors, or opinion leaders, with access to things such as charismatic personalities, moral authority, and financial and human resources.

The Arab Peace Corps will also seek out and provide the much needed supports and skill training for the “at-risk groups” in Europe, in countries like France, Holland, Belgium, Germany, England and in the Middle East and North Africa — generally youth and often those who are poor or otherwise marginalized — by focusing first on development of key actors/opinion leaders, who will engage with each other to promote community service and, in turn, become role models and mentors for other youth in troubled communities. This should break the cycle for those who otherwise would be easy prey for recruitment into “terrorist groups”, and this will instead give them an opportunity to work with the Arab Peace Corps volunteers.

We will recruit volunteers (Arabs, Amazighs, Kurds, Armenians and others) from within the Arab World and from around the world, with our selection reflecting the rich diversity and mosaic of the Arab world. 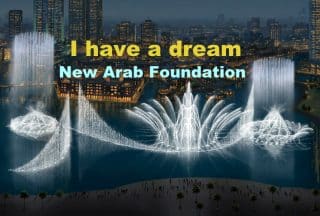 Our philosophy aligns with the motto of the New Arab Foundation: the Arab world is more than Arabs. We will recruit college graduates with degrees in education, healthcare, nutrition, agriculture, environmental protection, engineering and business, community building, conflict resolution and peacemaking.  We will put them in teams with a senior mentor/leader and match their skills and talents with a particular project or community.

The teams receive a month of training together, which includes skill building in teamwork, conflict resolution, leadership, planning, community organization and development.

The selected volunteers will be deployed for the subsequent 22 months, for a total commitment of two years from selection, to training, to deployment to end of service. We will provide room and board and a small living stipend. In addition, all those who complete the full term will be given partial and/or full scholarships for graduate study. We will start with one training center in a country still to be selected (and largely dependent on major donors).

Our long-term goal is to have teams active in countries across North Africa and in the Middle East, with targeted communities in Europe, with marginalized and alienated youth.

We will learn from and draw on the long experience of the US Peace Corps, UNPD as well as the more recent history of the European Peace Corps. But approach and specific activities will be grounded in Arab culture and values, including political and religious norms of service and improving the common good. The main office will be in the US at the office of New Arab Foundation in Washington DC, with two regional offices, for training, orientation and deployment assistance.

One regional office will be in North Africa, possibly Morocco or Tunisia to serve North African countries and the other in Jordan, perhaps Lebanon to serve Egypt, Jordan, Palestine, Lebanon, Syria, Yemen, and Iraq.

We will also secure commitments from key players in the public and private sectors to give preferential treatments in hiring policies to veterans of the Arab Peace Corps as added incentives to recruit top and well-qualified candidates.

Over the next few months, our team of volunteers will working hard to realize this most important projects by seeking funding for the initial phase of the project and once that is complete we will proceed to the next phase which included funding for recruitment, setting up the two regional offices (one in North Africa and the other in the Middle East), and the third phase is seeking long term funding for actual deployment.

Hundreds of billions if not trillions were wasted on wars and conflicts, let us hope that governments, businesses and private individuals rise up to the occasion and contribute the needed funds can make the difference in the lives of many.