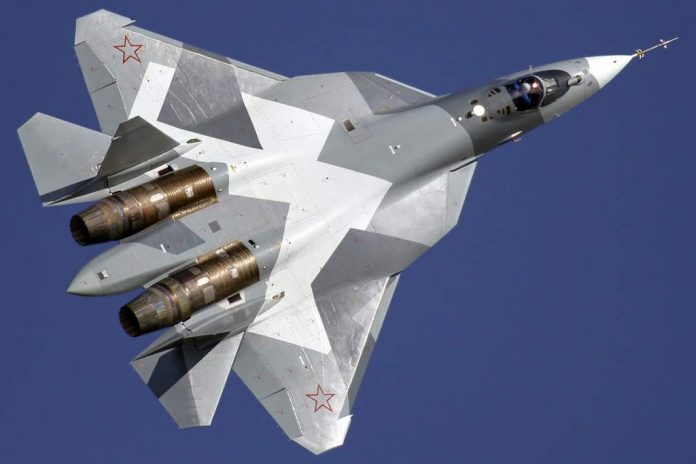 [ Editor’s Note:  The T-50 has gotten a lot of publicity this year during its test trials, partially due to the need to boost the Russian public’s pride in their technical abilities, which is underpinned by their world-class educational system, where top high school grads are at the second year of the West’s college level.

As we have seen with the Armatta tank series, a modular construction design allows for much more flexible upgrading on one particular component.

The first example of that is the new larger gun for the second generation, which will fit on top of the carriage and crew compartment because it is a self-contained unit.

I suspect a lot of testing has been going into the T-50 airframe and avionics, whose similar design specs have tormented America’s F-35 white elephant — but for the F-35’s failure, no one in engineering or management has been shot yet.

But no dummies they, as the US defense contractors responsible for the F-35 disaster are lining up to go back to the trough for billions more to produce something superior to the T-50. It would be cheaper for us to fly over and import a version of the T-50, when one comes available.

The big shock to me is the admission that the Russians, starting production in 2016, are only scheduled to deliver 55 of them by 2020… when they need several hundred. Curious… Jim W. Dean ] 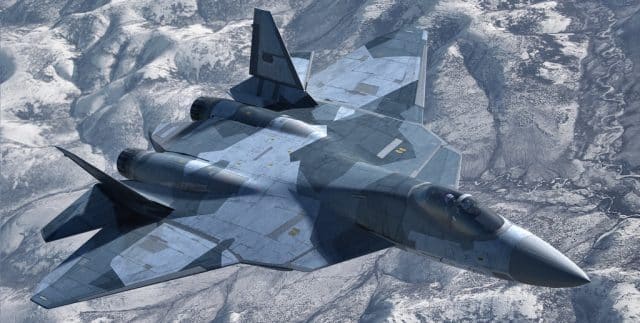 The Sukhoi PAK FA fighter jet, also known as T-50, is ready to go into production next year, and boasts innovative technology which renders the pilot one part of the plane’s control system.

“The PAK FA is already to some degree a flying robot, where the aviator fulfils the function not only of pilot, but is actually one of the constituent parts of the flying apparatus,” explained Vladimir Mikheyev, deputy head of KRET, which is a unit of Rostech Corporation.

The use of composite materials, innovative technologies, advanced avionics and engines ensure the T-50’s extremely low level of radar, optical and infrared visibility.

At present the US is the only country to have operational fifth-generation aircraft – the F22 Raptor and F35 Lightning II.

In December 2014 Russia’s United Aircraft Corporation announced that production of the fighter was ready to begin in 2016, following the completion of the testing phase.