The attack was ordered by Israeli Prime Minister Netanyahu working with King Abdullah II of Jordan during meetings in Amman, Jordan in March 2015.  There a secret protocol was agreed upon between Turkey, Saudi Arabia, Jordan and Israel to systematically target ethnic groups across Lebanon and Syria.  The Druze are at the top of the list.

The Druze had been given an ultimatum, rise against the Damascus government or pay the consequences.  The “cleansing” of al Louz is the result.  From an ARA news story:

The Druze community tried to prevent Nusra jihadists from storming their village. “However, our (Druze) resistance couldn’t last for long. The terrorists of Nusra Front took over the village and executed dozens of people on Wednesday,” an eyewitness reported on the condition of anonymity.

Speaking to ARA News on the phone, activists from the Druze province of As-Suwaida in Syria’s south said that al-Nusra Front executed dozens of the Druze community due to their resistance against jihadists’ control of their areas.

Druze activists documented names of 30 victims in Qalba Loza village, describing the incident as a bloodbath against the Druze minority in Syria.

“Nusra terrorists barbarically executed our young men. The executions took place at the entrance of the village, as Nusra wanted to terrorize the rest of the civilians who opposed any advance by the group towards the village in the recent weeks,” a local source told ARA News.

“Islamists consider Druze people as apostates. They condition either converting to the Sunni Islam or to be summarily executed,” the source added, conditioning anonymity for security concerns.

Reportedly, a prince of Nusra Front known as Abu Abdullah at-Tunisi led the operations against the Druze village on Wednesday.

Druze Regions of Syria and Lebanon 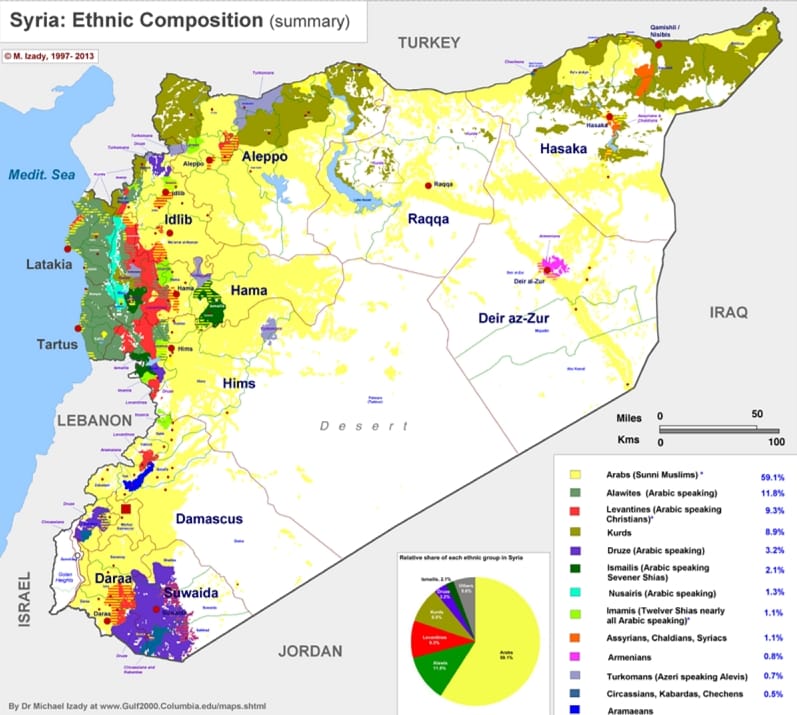 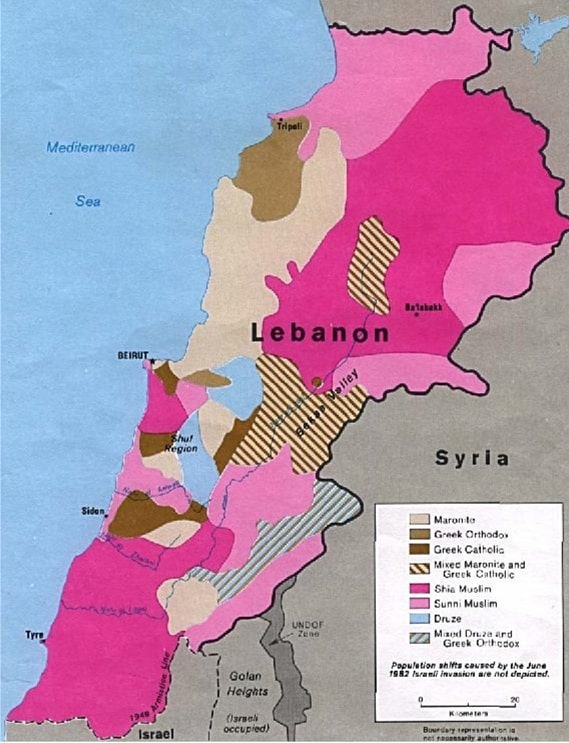 The Druze are an important ethnic group in both Syria and Lebanon, one long subjected to political pressure and military threats at the hands of Israel and its surrogates inside Lebanon.

Former Lebanese Minister and leader of the Towheed Party, Waim Wahhab has called for the formation of a Druze brigade to join the fight, both in Lebanon and Syria against Al Nusra and other factions aligned against both Lebanon and Syria, factions closely aligned with Israel and Turkey.

Speaking to a group at his Jaheliyye residence for Eid al-Adha, the “Feast of the Sacrifice,” honoring Abraham’s willingness to sacrifice his son Ishmael, Wahhab said:

“As long as the state and the Army are capable of protecting this country, our choice will remain the Army and the state, but if the state fails to protect Lebanon, we will not leave this nation as others did, because we are rooted in this land and we will stay and defend it. Druze will not be erased like other sects that are being destroyed in some Arab countries.

This Mountain with its Muslims and Christians is able to protect itself, there will certainly be weapons defending the unity of Lebanon and protecting the state alongside the Army.”

Today, a Turkish delegation led by Yanus Soner of the Patriotic Party met with Wahhab.  Soner had been attending an economic conference in Damascus to discuss rebuilding Syria.

With the rebuke of Erdogan’s policies by Turkish voters in last weeks election and the ascension of the pro-Syrian Kurdish party in Turkey, there is a remote possibility that a national government willing to abandon Erodgan’s surrogate war on Syria could take power.  Either way, a powerful opposition inside Turkey stands ready to grapple with that nations insidious partnership with Saudi Arabia and Israel against both Syria and Iraq.

Tonite, Wahhab is hosting a banquet for Soner, deputy head of Turkey’s Patriot Party.  On the agenda are plans for setting up a bloc to include Lebanon, Iran, Syria Turkey and Russia to work in concert against the “Balkanization” of the Arab world.

In a phone interview, Wahhab said the only solution is to arm the Druze to fight Al Nusra and ISIS and protect their homelands in Lebanon and in Soweda Province in Syria.  In a press conference today, Wahhab reminded the Druze;

“You are the ancestors of Suntan Basha al Attrash who fought the Ottoman Empire.  Rise and hold up arms to fight the terrorists and protect Soweda.

While Druze buried their dead and resistance to further slaughter has come to the forefront, representatives of Israeli military intelligence met today in Amman, Jordan with their counterparts in that nation.

Joining them were intelligence officials from the Kingdom of Saudi Arabia.  The subject of this “banquet’ is how to exploit the slaughter of the past 48 hours and mobilize “friends” inside Lebanon.

Saudi Arabia’s embassy in Beirut is a “hotbed” of conspiracies, funneling money into political parties, terrorist groups and funding espionage.