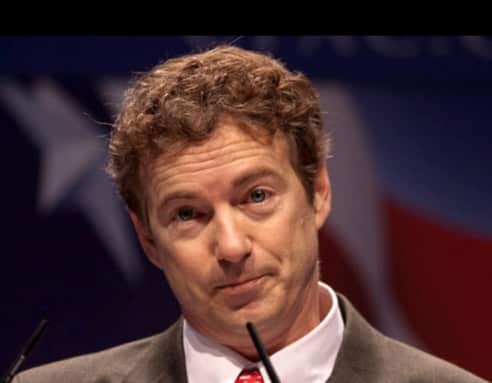 by Katherine Frisk:
Everyone knows the truth. That Osama Bin Laden died in 2001. That many players were involved in bringing down not only the Twin Towers but building 7  and that the whole thing was an inside job involving the Bush crime syndicate, the Saudi crime syndicate and the Israeli crime syndicate.
Since then nothing has changed. The objective is still the same. The Middle East and North Africa to be dominated by the Saudi Royals, the extremist Wahhabi sect and Israel. Afghanistan, Iran, Iraq, Libya, Nigeria, Somalia, Ethiopia, Egypt, Syria and Yemen to all be brought down into an Islamic caliphate on the one hand and greater Israel on the other. As for the Palestinians, they will eventually become extinct like the Samaritans.
ISIL in their shiny new Toyota trucks have caused havoc recently in Syria and Iraq with mass murders, beheadings, crucifixions and a large human trafficking syndicate where girls as young as ten are sold into slavery and prostitution for as little as a packet of cigarettes.  ISIL is funded by Saudi Arabia, Qatar and Turkey. They have received support and training from the CIA in Jordan and support from Israel on the Golan heights. Over 200,000 have died and millions have been displaced from their homes. Syria and Iraq are the next phase of 9/11.
The Western media and the United Nations remains silent. They are still churning out the spin. The latest is the 28 redacted pages.  If I have learnt one thing in recent years, it is not to trust anybody. It is all smoke and mirrors. Hot on the heels of the next US presidential election comes Rand Paul, demanding that the 28 redacted pages be published. We have been told that they mention Saudi Arabia’s involvement. No mention of the Bush crime family syndicate or the Israeli crime syndicate. .. yet.
Never let a good crises go to waste as they say. Has Rand Paul become the designated Bilderberg “hero” who will expose the “truth” as they want us to believe it? Have they already designed and created the mass media breaking story, but as they want it told, not as it really is?
Western Main Stream Media will have a field day. The “news”will be a major distraction for a long time to come, along with the fake US presidential elections which we will hear about ad nauseam. I will be watching Mickey Mouse cartoons. The whole thing is rigged anyway. Bilderberg has decided on Hillary Clinton if you want to know who the next President will be. As for Rand Paul, in the last election he threw in his pack of cards to the Bilderbergers, his father Ron Paul mysteriously dropped out of the race.
So what role has he really been designated to play? The counter foil to Hillary? They both work for the same boss.
And while you are watching this circus, the chess pieces are, in fact already have been put in place to bring down Russia and China. The Middle East will continue to slaughter itself until the Islamic Caliphate  controls the new “Empire” and greater Israel extends from the Nile to the Euphrates river. They will finally blow up the pyramids of Giza and destroy what is left of Egypt’s great and wondrous history as they have destroyed the history of Iraq and Syria. Nothing has changed in almost 2,000 years since the Great Library of Alexandria was burnt to the ground.
https://www.youtube.com/watch?v=uOXKF1mb9Hc
The objective remains the same. A recreation of history, but as they want it told, not as it really happened. 9/11 is only one piece of this vast puzzle of lies and deceit that spans over 2,000 years.
https://www.youtube.com/watch?v=9hSC7pPzMRs

Damascus, the Anti-Christ and Armageddon

The Imam will point to him and say: “This is the True Messiah!”

An argument against Zionism: The Bloodline of the Messiah.

Adam And Eve From Egypt With Love.