Home World Je suis, I am, you are, we are all Novorossians 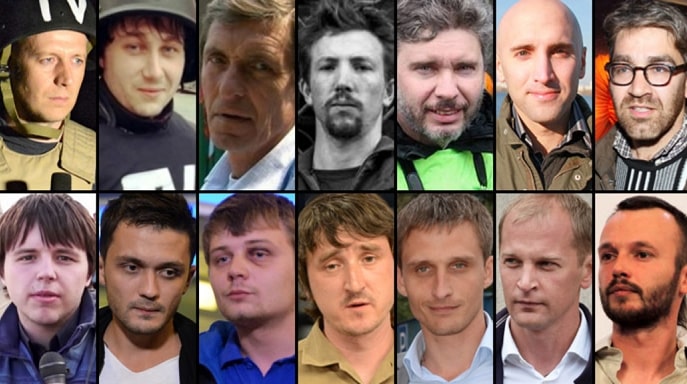 While the world marched to the drum of free speech and “Je Suis Charlie,” an unreported genocide was and still is being carried out in Eastern Ukraine.

There is no indignation in the media for the atrocities being committed by Kiev against innocent civilians, there are no mass demonstrations and solidarity against the war crimes being carried out under the protection of propaganda lies spewed in headlines across the world. There are no cries of “Je Suis Donbass,” there are no rallies of “We are all Novorossians.”

As Webster Tarpley has clearly laid out, those who say no to Washington soon pay the price. French President Hollande in a recent interview stated thatsanctions must be lifted against Russia and that Putin has no intention of invading Eastern Ukraine. France has also stood in solidarity with Gaza and the West Bank, acknowledging the Palestinian State’s right to exist. A double wammy rebelling against the axis of evil. Charlie Hebdo was the result.

In 2014 six journalists were killed in Ukraine.

One brave man who has followed the crisis in Ukraine since the beginning,Graham Phillips, remains. He is a window into the suffering of the people of Donbass. Without him nobody would be any wiser as to the real situation on the ground.

I first became aware of Graham in this interview where he covered the referendum in Crimea. His on the ground reporting totally contradicted everything that was being said about Putin “annexing” and “invading” what once was part of Russia in the first place, where the majority of the population are Russian and have decided of their own accord to return to the Russian Federation as opposed to remaining part of Ukraine.

Since then Graham has accumulated a large body of work and eye witness reporting that is not seen in any other news media, especially in the West. He has also been joined by another brave man, Patrick Lancaster.

On the 9th of January 2015, Patrick wrote on his Facebook page:

Just spoke to a colleague and friend. He told me he was arrested by the Ukraine army and turned over to the Ukraine secret service, SBU. They told him that Patrick Lancaster and Graham Phillips are wanted criminals and that he needed to supply them with information about us when he refused they beat and interrogated him for a for over 10 hours then put him out in the cold weather with little clothing. We are Journalists and are being targeted for putting out the facts that we see. I will not let this hold me back I will strive to bring all the facts I can to the public. Maybe by doing this I can save at least one civilian life

Phil Butler in tribute to Graham Phillips writes in his blog  “When will “we the people” stop the killing in Donbass?”

“The BBC does not have a  “Graham Phillips” on the ground in Ukraine. Neither does the New York Times or the Sydney Morning Herald.  Phillips, for those unaware, has been the impromptu eyes and ears of the world in east Ukraine since the beginning. Threatened, held captive by Kiev, shot at, expelled into the Polish badlands, and having had a bounty placed on his head, the Brit reporter captures daily the strife that is speaking Russian in fascist held Ukraine.”

Preview of Donetsk , heavy shelling by Ukrainian army, mass destruction ‘this is insane’ –

And it continues. Minsk 1 and Minsk 11 agreements have been broken. When will this madness stop?