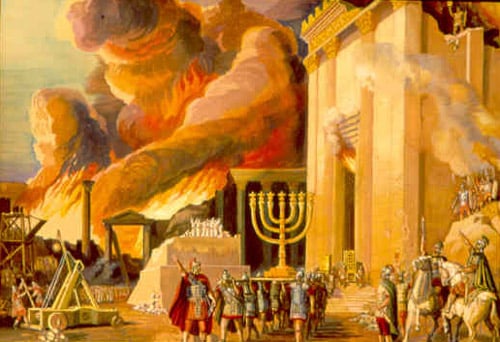 We are often bombarded with warnings not to be “anti-Semitic.” Being anti-Semitic is mistakenly believed to be the same as being anti-Jewish. Semitic and Jewish are not the same thing. Semitic people include Jews and Arabs. This fact makes it obvious anti-anti-Semitism as it is popularly known is a misnomer.

The founder of the war-mongering neoconservative movement, the Jew Leo Strauss, was also aware of how inaccurate it is to use anti-Semitism in place of anti-Jewish. In his speech Why We Remain Jews which he gave in 1962 as part of a series of speeches through the Jewish organization of the Hillel Foundation at the University of Chicago and which can be found in the eye-opening book, Jewish Philosophy and the Crisis of Modernity, Strauss stated:

Our worst enemies are called “anti-Semites,” a word which I shall never use, and which I regard as almost obscene. I think that if we are sensible we abolish it from our usage. I said in a former speech here that it was coined by some German or French pedant: I smelled them. But then I learned, a few weeks ago, that it was coined by a German pedant, a fellow called Marr. The reason he coined it was very simple. “Anti-Semitism” means hatred of Jews. Why not call it as we Jews call it? It is rish’us, “viciousness.” “Hatred of Jews” is perfectly intelligible. “Anti-Semitism” was coined in a situation in which people could no longer justify their hatred of Jews by the fact that Jews are not Christians. They had to find another reason; and since the nineteenth century was almost as proud of science as the twentieth century, the reason had to be scientific. Science proves that the Western world consists of two races, the Aryan race and the Semitic race; and therefore, by speaking of anti-Semitism, our enemies could claim that they acted on a spiritual principle, not from mere hatred. The difficulty is that the Arabs are also Semites. One of my Arab friends was occasionally asked in the Chicago suburbs, “You are, of course, an anti-Semite.” And he would say, “I cannot be that.”

Even though anti-Semitism is a misnomer, the US State Department has expanded its definition of anti-Semitism to include most criticism of the Jewish state of Israel. This was addressed by a petition of Jewish academics who are asking the State Department to narrow its definition so people will still be allowed to voice criticism of Israel and its brutal and illegal occupation of Palestine.

Judaism’s anti-Gentilism also exists in the founding document of rabbinic Judaism in late antiquity, the Talmud. However, since virtually everyone has access to the Hebrew Bible/Old Testament but most people don’t have easy access to the Talmud, I’m only going to use Hebrew Bible/Old Testament sources and I’m not going to use teachings from the Talmud to demonstrate the anti-Gentilism of Judaism. But to get a feel for its contents, I’d like to give two short examples of what the Babylonian Talmud teaches about the Roman general and emperor Titus, who defeated the Jews in the First Jewish-Roman war (66-73 CE), captured Jerusalem and destroyed the Second Temple, as well as what they teach about Jesus who they see as a heretic. Regarding Titus, they teach that he is in hell being “burned to ashes, reassembled, and burned over and over again.” Regarding the Jewish heretic Jesus, the Babylonian Talmud teaches he is in hell “sitting forever in boiling excrement.” These facts are found on page 13 of the eyeopening book, Jesus in the Talmud, by Peter Schafer and demonstrate the sick and twisted mindset of Judaism and the denigrating and repulsive way Judaism portrays God/The Supreme Intelligence.

In the Hebrew Bible/Old Testament it is claimed that God chose the Hebrews/Jews “above all people that are upon the face of the earth” at Deuteronomy 7:6. With this type of anti-Gentile mindset, it is not surprising then that Deuteronomy 15:1-3 has God instructing his chosen people as follows: “At the end of every seven years thou shalt make a release. And this is the manner of the release: Every creditor that lendeth ought unto his neighbour shall release it; he shall not exact it of his neighbour, or of his brother; because it is called the LORD’s release. Of a foreigner thou mayest exact it again: but that which is thine with thy brother thine hand shall release.” This is anti-Gentilism. And what makes it even worse is that it is being claimed that God commanded it!

At Deuteronomy 23:19-20 God is allegedly again instructing the Jews on not practicing usury against a fellow Jew/Hebrew. It reads, “Thou shalt not lend upon usury to thy brother; usury of money, usury of victuals, usury of any thing that is lent upon usury:” Then, the next verse has God instructing the Hebrews/Jews to only practice usury against strangers/non-Jews/Gentiles. It reads, “Unto a stranger thou mayest lend upon usury; but unto thy brother thou shalt not lend upon usury: that the LORD thy God may bless thee in all that thou settest thine hand to in the land whither thou goest to possess it.”

Both thy bondmen, and thy bondmaids, which thou shalt have, shall be of the heathen that are round about you; of them shall ye buy bondmen and bondmaids.

Moreover of the children of the strangers that do sojourn among you, of them shall ye buy, and of their families that are with you, which they begat in your land: and they shall be your possession.

And ye shall take them as an inheritance for your children after you, to inherit them for a possession; they shall be your bondmen for ever: but over your brethren the children of Israel, ye shall not rule one over another with rigour.

I wonder if the US State Department would consider it anti-Semitism for Gentile people to resist being slaves of Jews.

The Hebrew Bible/Old Testament not only teaches that Gentile children can be owned as slaves by Jews, it also promotes the killing of Gentile children by Jews. This time the Gentiles are Babylonian people. Psalm 137:9 states, “Happy shall he be, that taketh and dasheth thy little ones against the stones.” Bible passages like this make clear the writers of them desperately needed mental help. But now what these mentally disturbed men wrote is looked at as “the Word of God.”

Then came to Jesus scribes and Pharisees, which were of Jerusalem, saying, Why do thy disciples transgress the tradition of the elders? for they wash not their hands when they eat bread. But he answered and said unto them, Why do ye also transgress the commandment of God by your tradition? For God commanded, saying, Honour thy father and mother: and, He that curseth father or mother, let him die the death. But ye say, Whosoever shall say to his father or his mother, It is a gift, by whatsoever thou mightest be profited by me;
And honour not his father or his mother, he shall be free. Thus have ye made the commandment of God of none effect by your tradition.

Based on this, Jesus really did believe (if he ever really existed) Exodus 21:17 which claims God commanded the Hebrews/Jews to kill disobedient children.

Judaism is mostly focused on the here and now and real world well-being for Jews and the Jewish state of Israel. The apostle Paul, who was a very active Jew working to promote his people until God allegedly knocked him off of his horse and blinded him at which time he became a Christian, also was in the here and now and real world when it came time for his instructing Gentile Christians to support Jews. The Zionist Christian John Hagee lists this command allegedly from Paul to Gentiles regarding their debt to Judaism and Jews for as a major reason Christians need to support Israel. It is found at Romans 15:25-27 and states:

The examples of hatred of Gentiles and of Jewish superiority over Gentile people are many more than I can fit in this article. We need to use our innate God-given reason and realize that none of the anti-Gentile teachings or claims are from The Supreme Intelligence/God. They were all written by ancient Hebrew/Jewish men who believed the Earth is flat and that the sun orbits around it. We need to break free of these ignorance based teachings and appreciate and use our gift from God of reason. As many Deists say, “God gave us reason, not religion.”