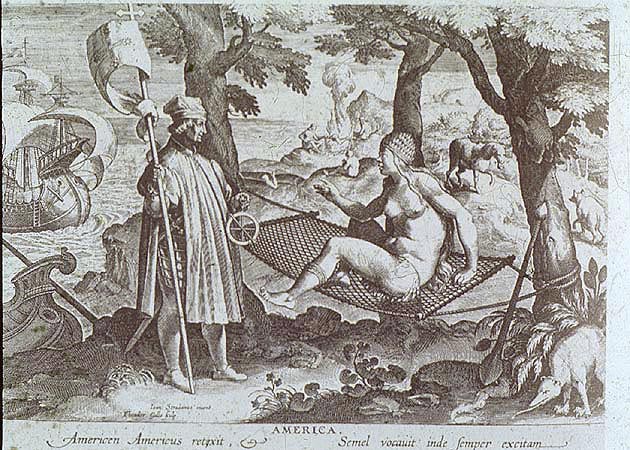 [ Editors note:  Mr. Gunnar takes a step back from the usual East/West rivalry perspective through the viewpoint of a third one that is often ignored — the world public itself. He starts with the critic’s view that people don’t want to trade a Western hegemony for an Eastern one.

While that might seem an obvious concern, I cannot remember seeing an article concerning the people behind door number three. They are tired of being viewed as people who are forced to pick one side or the other, or be viewed as the enemy of both.

The new NATO push eastward, while the EU economies are twisting in the wind as to whether they will make it or not, never really made sense. If you think I am exaggerating, my source is the news that a failure to keep Greece in the EU will trigger a domino effect to bring bigger countries down.

The smart money is betting that some creative accounting will be used to keep Greece technically out of default, while not putting the price tag on the European public, at least in a way that they can see.

America is bankrupt, or I should say the Federal Reserve is, and has been for some time. The creating of money out of thin air that could be loaned out for hard interest earnings, or real assets seized for non-payment, was the scam of our modern history. But the Ponzi scheme cannot go on forever. But those responsible might be willing to do anything to avoid paying the piper, while they are still above ground anyway.

The phony bogeyman threat using Iran was wearing thin. Forgotten now is America’s pushing for a missile defense shield in Europe against a nuclear missile threat that did not exist, and the American government knew it did not. It was a ruse to get them in place to use against the Russians, as we now see.

The Russian bogeyman threat has at least some hypothetical reality because Russia does have such weapons. But still, the military aspect of the threat is still a hoax. I am convinced that the West would not be pushing the bogus threat claims for any reason other than their economic survival, meaning their financial house of cards all falling down, and they are seeking economic subjugation of the East as a do or die deal for them.

And the emergence of an alternate basket of currencies and a new trading system that will not be a house of cards is something that the Western banksters cannot allow to happen. They will use all of their military might, or what is left of it, to stop it.

This insanity is the biggest security threat that we all face, and the perpetrators still seem comfortable that they will be seeing no wanted poster for themselves up on telephone poles any time soon.

Our do or die challenge, for the world public, is to focus all of our resources on fighting this real and present threat whose fingers are already around our throats.

Like a black hole, the gangsters are sucking up many of our best and brightest, in government, the military, business and now even the security services, to offer them a safe slot with the winners when the hammer falls.

These people walk among us, and even may call themselves fellow citizens. Nikita Khrushchev had the best line to describe them. “Support by the United States rulers is rather in the nature of the support that the rope gives to a hanged man”… Jim W. Dean ] 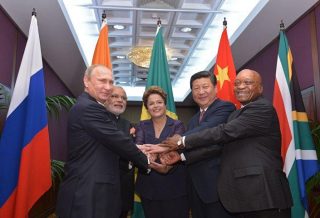 Recent news has shown China quickly gaining ground against a West which has for centuries maintained hegemony over Asia Pacific. Beyond Asia, China has been steadily expanding its influence throughout Africa and the Middle East.

Together with Russia, Iran and other nations of the “East,” they are constructing what is commonly referred to as a “multi-polar” world order.

This multi-polar world order stands in contrast to the unipolar order the West has sought to impose for decades after the end of the World Wars and is a continuation of Western imperialism carried out by the British and other European empires during the decline of the Ottoman Empire.

But is what the East doing truly building an alternative to the West’s brand of hegemonic imperialism? Or is it simply more of the same under a different label? More over, is the West’s behavior coaxing other nations to unify under a singular, consolidated banner, only to be rolled under the West’s vision of an international order ruled from Washington, Wall Street, London and Brussels?

These are questions that must be asked and explored particularly by the people who gravitate toward the East the most. They understand the threat of Western hegemony and the very real damage it has and still is inflicting upon humanity. From the devastation of Iraq and Afghanistan, to the wars raging in Yemen, Syria and Libya, Western designs have taken unstable tinderboxes around the globe and turned them into raging infernos.

Naturally, people look for a force to counter such inhumane violence, bloodshed and shameless exploitation and manipulation. They see that counter in Russia, China and those in their spheres of influence. And while in the past these nations have indeed served as counterweights to the forces of fascism or imperialism, one must always be careful not to simply back one hegemon over another.

For Moscow, Beijing and across the other BRICS nations, they must understand that the support and success they enjoy is specifically because they offer what many believe is an alternative to, not a replacement for Western hegemony.

The world sees BRICS as a viable alternative specifically because they are not setting up military bases in foreign lands, intervening militarily thousands of miles from their borders and working with nations instead of coercing them. As soon as they cease to uphold these principles, they will cease to serve as a relevant alternative to the West.

China in particular has been long criticized by the West for doing business with any nation regardless of their so-called human rights record. The West however, makes these criticisms because it disrupts their ability to exploit human rights as a pretense to meddle diplomatically, militarily and economically in any targeted country. Meanwhile, the West gladly has conducted long-term business with the most egregious human rights offenders on Earth, the Saudi regime chief among them.

China has repeatedly, sometimes even painfully reasserted the primacy of national sovereignty in ruling over all international relations. It must not only continue to reassert this message diplomatically, but also pragmatically throughout its foreign policy.

Not only is it a matter of self-interest, preventing foreign interests from dictating to Beijing what it should do within its own borders, but it helps set a solid precedent in establishing a new multi-polar global order.

Russia, China and the rest of BRICS are themselves creating a variety of supranational institutions and military alliances to compete against those of the West, particularly the IMF, World Bank, NATO, and even the UN itself.

However, while doing this, they must ensure the preservation, even the encouragement of national sovereignty as the primary organizing principle among these new institutions. And not just on paper, but especially in practice, whether it suits BRICS at the moment or not.

This is because whether those special interests behind BRICS and standing in apparent opposition to the West realize it or not, the very reason they have been given an opportunity by the global public is specifically because they are perceived as being different from the West and the Western way of using their global wealth and influence. And whether it serves their interests immediately or fully, they must fulfill these expectations or suffer the same backlash the West is now facing, both at home and abroad.

Understanding this, and balancing competition with the West’s existing and still potent institutions, against the changing dynamics of the coming future is essential for the survival and eventual success of BRICS and the multi-polar world they claim to want to create.

In a world where technology now empowers one individual to do what once required many people and tremendous resources, constitutes a shift in the balance of power between local communities, nations and global alliances and power brokers.

Even if the people have yet to realize this, they will soon. The future of BRICS depends on a collective understanding that fighting this coming shift will lead BRICS to the same cliff the West is currently dangling over.

For the people themselves, they must understand that they have always been in the driver’s seat, even if insidious hands have reached past them to take the wheel for the majority of this trip. Realizing that the people, not special interests have the ability to steer the world toward a path we would all like to see it on is our greatest bet.

We need not obsessively support one bloc over another, subscribing almost religiously to political parties, personalities and brands, but should instead agree on a set of principles and only back those as long as they uphold those principles.

By attaching ourselves to political parties, personalities and brands, we stand only to be inevitably disappointed. On the other hand, principles are inextinguishable, indomitable and everlasting. In the ongoing game of geopolitics, if ever we want to finally break the continuous turning of the wheel of history, we must stop following those whose hands are turning that wheel, and follow the principles that always and forever lead forward.

When Russia, China and the rest of BRICS stand up for national sovereignty, non-interventionism and non-military expansionism, we should applaud them not because they are simply BRICS, but because of the principles they are upholding. When they fail to do so, we must also, and as equally as vocal, condemn them.