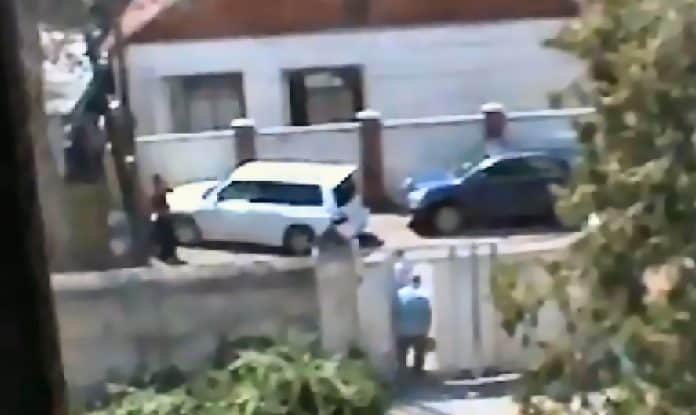 On Wednesday, a few dozen people organized by civil society and rights groups gathered in front of the presidential building in the Kyrgyz capital of Bishkek, protesting a government initiative to hold a referendum which would make changes to the country’s constitution. Protesters attached portraits of government officials with their faces crossed out to the presidential building’s gates, and carried banners saying “Do Not Sell the Country!” and “Do Not Rape the Constitution.”

“Again!” A small rally in Bishkek against amendments to the Constitution. Attended by about 50 people.”

The constitutional changes proposed in the referendum, which set to take place this fall, include a series of initiatives amending the composition of the Constitutional Chamber, the structure of the Supreme Court, and measures aimed at strengthening party control over parliamentary deputies. If it goes through, it would be the ninth time Kyrgyzstan’s constitution has been amended since the country’s independence in 1992. The current constitution, adopted in 2010, was approved by the Council of Europe’s Venice Commission, and prohibits further amendments until 2020. 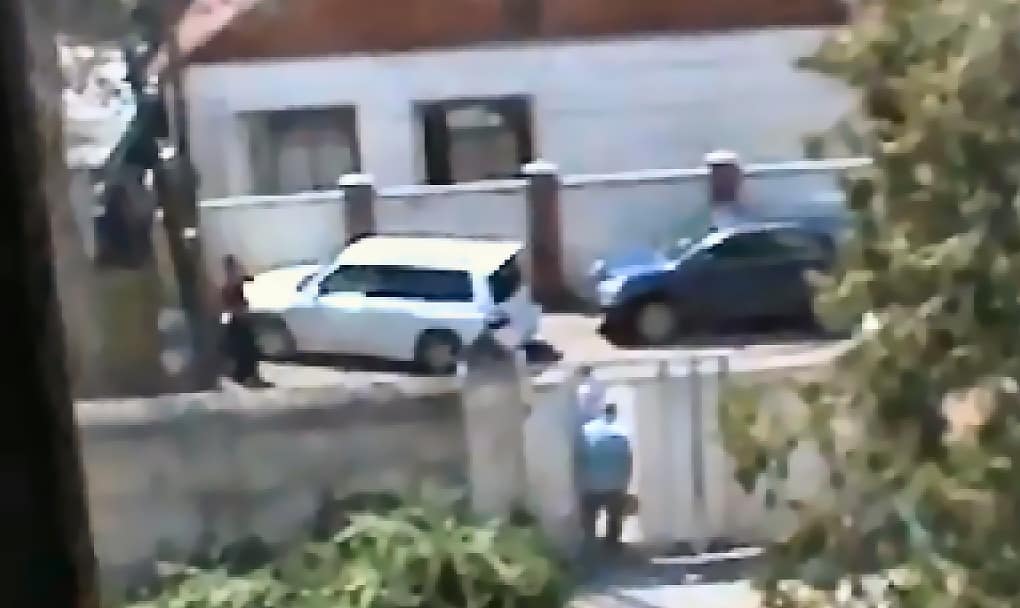 But the scandal, which broke out on Wednesday evening, was over an anonymous YouTube video which showed protest organizer Nurbek Toktakunov, leader of local NGO ‘Precedent’, meeting with US Charge d’Affaires Richard Miles shortly after the protest.

In the description accompanying the video, which shows Toktakunov at the protest, and then arriving at his office, after which white SUVs with US diplomatic plates arrive at his office, the author asked:

“What was the reason behind the American ambassador’s meeting with an ordinary NGO organizer? Perhaps Toktakunov was accounting for his work before the Americans –for organizing the protest rally?”

Gaining wide attention in local media, the scandal forced Toktakunov to attempt to explain the meeting with Miles, who has been described as a ‘genius of color revolutions’. The civil society organizer told Kyrgyz news agency 24.kg that “the meeting had been planned for a long time. The original meeting was scheduled for June 18, but I was busy and forgot, so they [the US Embassy] carried it forward to the 24th. It had no relation to yesterday’s events.” 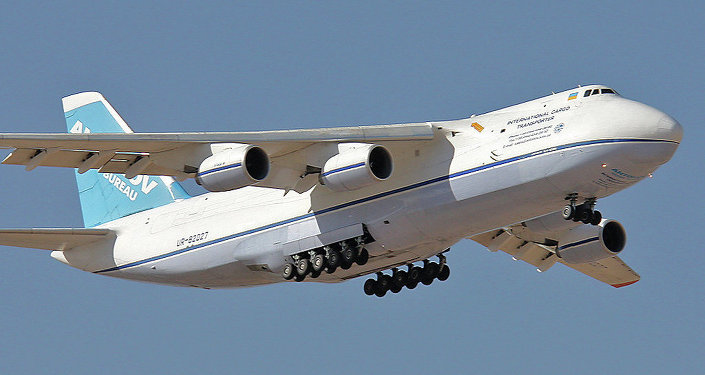 Toktakunov’s explanation has not calmed the Kyrgyz media’s fears. Since Miles’ appointment as Charge d’Affaires in February, local media have repeatedly recalled that the veteran diplomat had previously worked in countries which underwent color revolutions, including Serbia and Georgia.Having experienced a color revolution in 2005, the country’s journalists’ worries were heightened in April, when it was revealed that the US had sent a mysterious Ukrainian-owned plane with over 150 tons of ‘diplomatic mail’ from the UAE to its embassy in Bishkek. Media have not ruled out that the ‘diplomatic cargo’ could be used for planning another color revolution in the country.