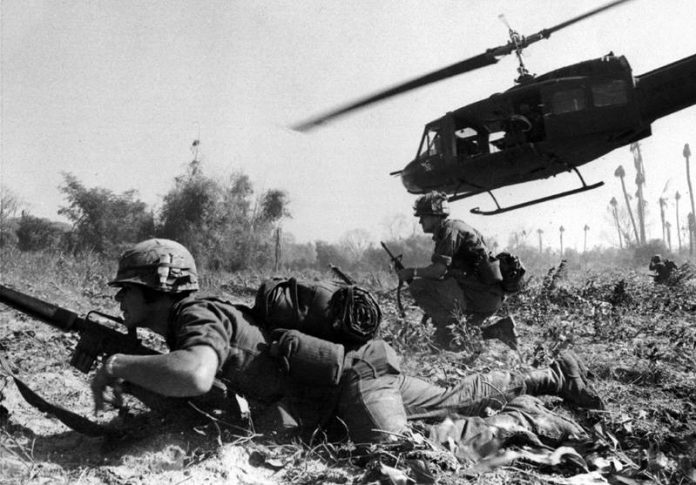 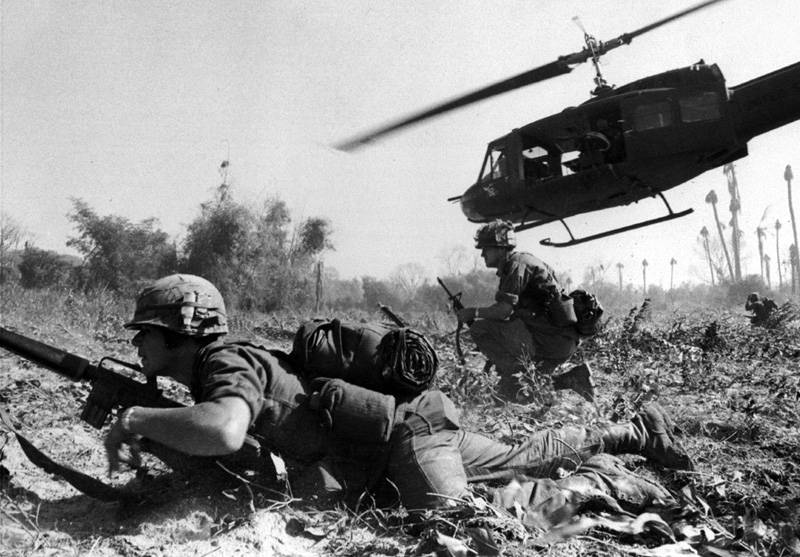 What’s being swept under America’s dirty-secret carpet is that Robert A. McDonald, his Secretary of Veterans Affairs (VA), has refused to approve and support emergency humanitarian housing and care at the Los Angeles National Veterans Home for thousands of war-injured and dispossessed Vietnam War Veterans.

Six months ago, Dick Southern, Region 9 Director of Vietnam Veterans of America (California, Arizona, Nevada, New Mexico, Arizona, Utah, Colorado, Hawaii, Guam and the Philippines), filed a formal request to host a crisis housing and care facility on VA property because nearly half (47%) of all homeless American Military Veterans today are from the Vietnam War.

John Rowan, National President and CEO of Vietnam Veterans of America revealed an even more sobering fact: “Today, there are more homeless Veterans from the Vietnam War era than were killed during the war. These Veterans are elderly, frail and in declining health and are being forced to live in deplorable circumstances. Make no mistake; VVA is fully committed to ending these inhumane living conditions by ensuring that our fellow Veterans get the quality housing and care they need and deserve.”

So why does VA Secretary McDonald refuse to approve and support a crucial humanitarian housing and care Reception Center on the Grand Lawn of the Los Angeles VA for not only Vietnam War Veterans, but all war-injured and homeless Veterans?

It’s common knowledge that Los Angeles is our nation’s capital for homeless Veterans and the Los Angeles VA is the largest in the nation while nearly half the property is sitting idle — and the other half is illegally leased to wealthy and powerful non-Veteran entities.

It’s also become common knowledge that Secretary McDonald is beholden to the wealth and power that control this land illegally, which is what forced Los Angeles to become our nation’s capital for homeless Veterans.

A Bitter End That Doesn’t End

Even before the fall of Saigon ended the Vietnam War forty years ago, America’s active duty Troops returned home to a hostile greeting from America’s citizenry while the U.S. government built more than 1,000 tents and Quonset huts in less than a week at Camp Pendleton in 1975 to provide emergency humanitarian relief and warmly welcomed more than 50,000 Vietnamese Refugees.

Today, there are an estimated 60,000 homeless Vietnam War Veterans nationwide, which is more than were killed during the War.

The supposed same U.S. government that provided humanitarian relief for Vietnamese Refugees has refused to provide the same kind of basic housing and care for disabled Vietnam War Veterans who fought the purported Communist enemy in their behalf.

On July 21st through the 25th, Vietnam Veterans of America will be holding their national convention at Springfield, Illinois.

If this convention’s main topic isn’t about the U.S. government’s abuse, neglect and human rights violations against homeless Vietnam War Veterans, then what could possibly be the most important item on their agenda?

In just a couple of weeks we will learn what the organization’s number one priority really is.

VA Secretary’s Loyalty to His Wealthy and Powerful Friends

On January 29th, VA Secretary McDonald came to Los Angeles and manipulated a secret “settlement agreement” behind closed doors with two of his wealthy and powerful friends – attorneys Bobby Shriver and Ron Olson, and neither are Veterans.

As predicted by the Old Veterans Guard, Secretary McDonald’s secret scam settlement is a “Trojan Horse” as he lied about his promised mandatory “exit strategy” that would evict the nine illegal occupants from VA property.

To the contrary and shortly after the settlement announcement, Secretary McDonald secretly orchestrated a brazen “entry strategy” with additional backroom wheeling-and-dealing that benefits even more of his fat-cat non-Veteran friends with real estate deals that swindle five historic Veteran properties they will control and operate outside the Secretary’s illusory “master plan.”

Another hoax is that the VA is paying a major architect and contractor $1.5 million over the next three months to conceive Secretary McDonald’s deceptive “master plan” that will include even more violations of the Deed of 1888 with long-term, low-rent “enhanced use leases” consummated with independent sources to build a 150-unit supportive housing project that won’t be completed in years.

There are an estimated 20,000 homeless Veterans in Los Angeles and the VA isn’t even applying a small band-aid to this massive wound.

Every time Secretary McDonald is in Los Angeles, he has engaged in private meetings with rich and powerful non-Veteran entities and has personally approved shyster deals in their behalf, followed up with private gatherings while he and his top Washington D.C. aides continue to lie about this blatant corruption and cronyism.

When Friends Become the Enemy

Secretary McDonald has proven to be untrustworthy and those who have agreed to meet with him are a friend of the enemy as well as an enemy of disabled homeless Veterans.

In the ACLU lawsuit that generated the Federal Judgment, Vietnam Veterans of America was one of the entrusted plaintiffs and Secretary McDonald became a mistrusted defendant. As might be expected considering the history of this self-serving imposter, he conveniently vacated both the Judgment and lawsuit to remove his own name by manipulating a mockery settlement that protects him and his wealthy friends at the expense of disabled and destitute homeless Veterans.

Even worse, Steve Mackey the entrusted representative and spokesperson for plaintiff Vietnam Veterans of America sided with Secretary McDonald’s settlement charade and incredulously called it a “good deal.”

We now know what Mr. Mackey meant because it is indeed a very good deal for Secretary McDonald’s wealthy and powerful friends and a very bad deal for disabled and homeless Vietnam War Veterans

In a manifest act of reckless disregard for the plaintiff’s greater good, Steve Mackey didn’t even request to read Secretary McDonald’s secret deal but simply approved it over the phone. And we wonder how illegal land-heists happen and Los Angeles is our nation’s capital for homeless Veterans when feckless Veteran representatives like Mr. Mackey are on the side of the enemy.

With friends like this, who needs enemies? In fact, it was Mr. Mackey’s alliance with the enemy that compelled me to cancel my membership with Vietnam Veterans of America, even though I have the utmost respect for the vast majority of members and many of the leaders.

For the record, the nine illegal occupants remain on VA property that was deeded exclusively in 1888 as a National Home for war-injured and impoverished Veterans, while thousands upon thousands of disabled homeless Veterans have been exiled, dispossessed and are living in deplorable and inhumane conditions on skid row and back-alley squalor.

Also for the record, we’re talking about all this happening in the United States of America and not some ruthless iron-fisted Communist country.

Dick Southern has shown exemplary guidance for Vietnam Veterans of America by refusing to back down from his written request for emergency housing and care on the Los Angeles VA property, and the Old Veterans Guard has been a staunch ally offering to coordinate a “Search and Rescue” crusade going into the neighborhoods to find our homeless Veterans and bring them “Home.”

Nearly a month before Secretary McDonald came into town and conspired to give aid and comfort to the biggest land-fraud scandal in American history while offering no immediate housing for homeless Veterans, the Los Angeles Neighborhood Council Coalition (LANCC) had already done the true American thing and passed a Motion with a unanimous 96-council member vote declaring Los Angeles to be in a “state of emergency” for homeless Veterans, and further calling for the City of Los Angeles to unify with the Los Angeles VA to provide crisis housing and care on the VA grounds.

This Motion was preceded with an eloquent speech delivered by Rafer Johnson, America’s legendary Olympic Champion and Civil / Human Rights icon who declared: “Why aren’t we using the nearly 400 acres of land at the West LA Veterans property to immediately provide temporary and or permanent housing for our homeless veterans? There is a state of emergency here in Los Angles and the time to act is now!”

Jeff Hall, publisher / editor of the local Brentwood News has offered to unify and work with the aforementioned to help organize emergency housing and care on the Grand Lawn of the Los Angeles VA.

The “Los Angeles Times” recently published an Editorial titled: “Where is L.A.’s urgency in the homelessness crisis?”

The overwhelming consensus of common sense and compassion toward providing crisis housing and care for our homeless Veterans continues to grow with the same fervor of Dr. Martin Luther King’s Civil Rights Movement when he emphasized the “fierce urgency of now” by underscoring it with “tomorrow is today!”

Unfortunately, tomorrow is the enemy’s ally as Los Angeles Mayor Garcetti, VA Secretary McDonald and his “homeless expert” Vince Kane, refuse to agree with an overwhelming consensus that Los Angeles is in a state of emergency for homeless Veterans.

Instead, these imposters shamefully declare that crisis shelter like tents and pre-fab geodesic domes are unfit for homeless Veteran habitation, while preferring they continue living homeless and hungry behind a dumpster in filth and danger until they eventually find them with no responsible solution except to offer a welfare rent voucher to live in tenement slum housing.

This is not only immoral, it is criminal!

The foregoing notwithstanding, you can bet the family farm that the VA will send its “homeless experts” to Vietnam Veterans of America’s upcoming national convention hyping its one-size-fits-all “vouchers first” program to warehouse homeless Veterans in ramshackle apartments in seedy neighborhoods far away from the VA and run by sleazy slumlords to supposedly “end Veteran homelessness” — not at the end of 2014 as originally promised by former VA Secretary Shinseki – or the end of 2015 as promised by Garcetti, McDonald and Kane — but in 2016 as now promised by this haphazard trio.

How can these public civil servants of American government possibly face “We the People,” never mind disabled homeless Veterans?

We Have Found the Enemy

In sum, Vietnam’s Communism now appears to be a better solution than whatever kind of government America has today, so maybe President Obama’s upcoming meeting with Nguyen Phu Trong will at least inspire human rights at their level, because even the worst-of-worst governments would never treat their military veterans the way America’s government treats our war-injured and homeless Veterans.

Vietnam War Veterans have found the enemy and it is the U.S. government.