Home Life No sign of a coherent strategy for defeating perverted and barbaric Islamic... 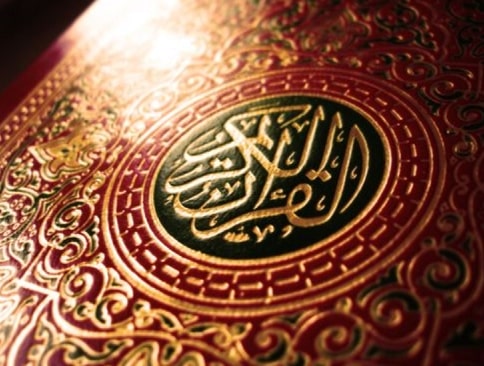 In Western political and mainstream media circles the great debate about what must be done if perverted and barbaric Islamic fundamentalism (PBIF) is to be contained and defeated is heating up. But nobody participating in this debate (be it President Obama or Tony Blair or whoever) wants to come to grips with the real issue. In my view the question that takes us to the heart of it is the following.

What could and should be done to address the prime causes of Arab and other Muslim hurt, humiliation, anger and despair which open hearts and minds to PBIF’s propaganda?

Generally speaking these feelings do not of themselves turn Arabs and other Muslims into killers/terrorists or even supporters of those who do the killing and/or order it. The transformation happens because these feelings are exploited and manipulated by deluded/mad preachers and other self-styled leaders who misinterpret and pervert Islam for their own purposes.

As the BBC’s Mark Mardell put it, “The continued rise of violent, anti-Western, Islamic fundamentalism is one of the defining challenges of our time.” He added: “There is no lack of emotive words and stirring phrases from politicians around the world but it is questionable if they have a coherent strategy to counter it.” (My emphasis added).

I think the truth can be stated more explicitly than that. Western leaders and their governments do not have a coherent strategy to counter PBIF in all of its manifestations because they are focused on dealing only with consequences not causes.

As I have previously written there are two main causes of Arab and other Muslim hurt. humiliation, anger and despair.

One is American-led Western foreign policy for the Arab and wider Muslim world including its double standard as demonstrated by refusal to call and hold Israel to account for its defiance of international law and rejection of the Palestinian claim for justice.

The other is the corruption, authoritarianism and repression of most if not all Arab and other Muslim regimes. (In most cases they are regimes supported/endorsed by American-led Western foreign policy).

Addressing these two main causes is something that can’t be done with bombs and bullets. They only make matters worse.

And though it is necessary, ramping up security and surveillance on our home fronts throughout the Western world may also be counter-productive to some extent if it leads to Muslims feeling that they are being unfairly targeted.

In my analysis American-led Western foreign policy makers could make a good start on addressing the prime causes of Arab and other Muslim hurt, humiliation, anger and despair if they ended their double standard with regard to Israel by putting the Zionist (not Jewish ) state on notice that it will be isolated and sanctioned if it continues to demonstrate nothing but contempt for international law and its lack of interest in justice for the Palestinians.

That really would give Western foreign policy a degree of credibility and respect and by doing so assist the process of taking some of the wind out of PBIF’s sails.

But in my view the single most important thing American-led Western foreign policy makers could and should do is to use their influence, with carrots and sticks as necessary, to persuade Arab leaders that it really is time for authoritarianism to give way to democracy. If Arab leaders agreed (no matter how reluctantly) this would rob PBIF of its most persuasive argument – that the Arab and other Muslim masses have nothing to gain from politics and non-violent demands for change.

There was recently a good indication that President Obama understands this. In an opinion piece for the Los Angeles Times he went quite a long way to acknowledging that the corruption, authoritarianism and repression of Arab and other Muslim regimes is one of the main causes of the rise and growth of PBIF. He wrote:

Groups like al Qaeda and ISIL exploit the anger that festers when people feel that injustice and corruption leave them with no chance of improving their lives. The world has to offer today’s youth something better.

Governments that deny human rights play into the hands of extremists who claim that violence is the only way to achieve change. Efforts to counter violent extremism will only succeed if citizens can address legitimate grievances through the democratic process and express themselves through strong civil societies. Those efforts must be matched by economic, educational and entrepreneurial development so people have hope for a life of dignity.