Home Investigations Tass: Missile Maker to Blow Up Boeing to Debunk US MH17... 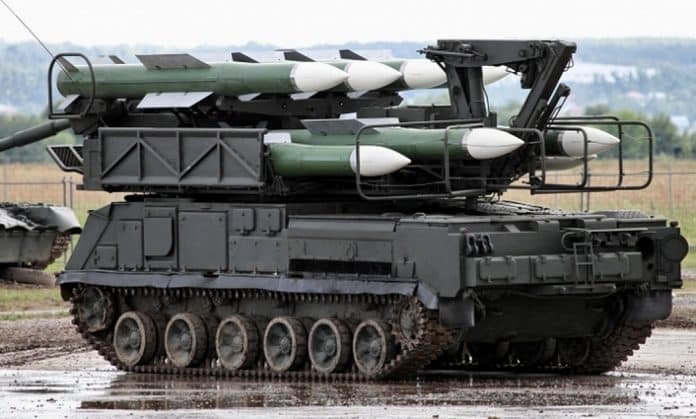 Editor’s note:  Two days ago, Tass published an article that seemingly confessed to Russia’s shootdown of MH17.  Tass, RT and SputnikNews with regularity are conned into publishing unverified contradictory material, not to the extent Press TV does, but with embarrassing regularity.

MOSCOW, July 17. /TASS/. The Russian state arms producer Almaz-Antey is ready to detonate a Buk-M1 missile close to a decommissioned Boeing as an experiment, the company said on Friday.

“The management of the Almaz-Antey concern again confirms readiness for a full-size experiment of detonating a 9N314M warhead of the 9M38M1 missile close to the fuselage of a plane similar to the one that crashed in the sky above Ukraine on July 17, 2014,” the company said in a press release.

Almaz-Antey said they were ready to carry out the costly experiment at one of its testing grounds and to invite foreign independent experts and representatives of the world’s leading aircraft makers as observers.

The company said the experiment was not aimed at establishing those responsible for the last year’s Malaysia Airlines Flight MH17 crash that left 298 people killed.

“The experiment’s purpose is to confirm the type of the missile launched [at the plane], its trajectory and conditions of its detonation close to the fuselage of the plane operating the MH17 flight,” Almaz-Antey said.

TASS: World – Investigators: MH17 shot down over Ukraine by air-to-air missile not made in Russia

Investigators: MH17 shot down over Ukraine by air-to-air missile not made in Russia MOSCOW, July 15 /TASS/. The Russian Investigation Committee is inclined to believe that an air-to air missile, which was not made in Russia, shot down a Malaysian Boeing (MH17 flight) over Ukraine a year ago.

“As for the priority version, we have information, which among other things is based on expertise, that the plane was hit by an air-to-air missile. Moreover, the experts assume that the type of missile has been established. The missile is not Russian-made,” Vladimir Markin, the Russian Investigation Committee spokesman, told TASS on Wednesday.

“It is vitally important for us to carefully study all the versions. This is how the Investigation Committee investigates criminal cases,” Markin concluded.

The Malaysian Boeing MH17 crashed over Ukraine’s Donetsk region on July 17, 2014. The plane was on its way from Amsterdam, the Netherlands, to Kuala Lumpur in Malaysia. Fifteen crewmen and 283 passengers, most of whom were Dutch, died. According to the main version, the plane was shot down by a surface-to-air or an air-to-air missile. The Ukrainian government and the militias of the self-proclaimed Donetsk People’s Republic (DPR) accused each other of what happened.

The Dutch Security Council took the incident’s investigation under its control.