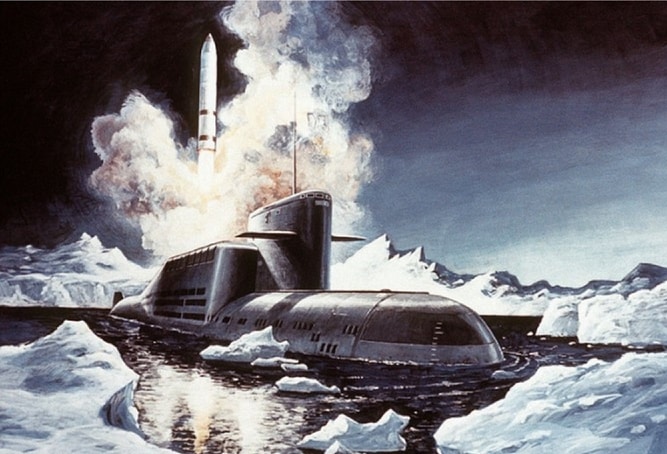 The tragic events of the civil war in Ukraine, following the high-handed intervention by Western diplomats in the internal affairs of a post-Soviet state, have prompted NATO officials to once again leap upon their favorite warhorse. If only rhetorically. Behind the furious demands to “tame that obstinate Russia,” one finds the simple and understandable desire of NATO’s retired soldiers to prove that Europe still needs them, even in the Arctic.

Russia still triggers a reaction from NATO, although she is far from the most pressing of the four “challenges” mentioned by Obama. After twenty years of having their lifestyles subsidized by free-spending Russian tourists, the citizens of Spain, Italy, and other EU countries now find it hard to believe that modern Russia really poses an existential threat to the West as a whole. But Athens is an excellent illustration of the fact the people of the EU and their governments can be two very different creatures. Judging by the tone of the most respected newspapers, the familiar lodestar of the “Red Menace” has once again blazed up in a few senile brains. This handy image of a familiar old enemy helps politicians conceal their manifold failures in the Middle East from their constituents.

Washington’s plan to turn ISIS into a sparring partner has failed. The whole region is now a bloodbath. Fewer and fewer thoughtful Europeans are able to believe that this archaic monster emerged, fortified its position, and became self-sufficient without serious cash infusions from the US. And although the ISIS media campaign is humming right along, and they now lop off heads on live Internet broadcasts, none of these horrors are particularly terrifying to the respectable bourgeoisie. After all – it’s all taking place very far from the European Union. Therefore, NATO officials once again need the Russians in order to frighten the EU. And where there are Russians, as we know, there is also the Russian Arctic.

Actually, the work of demonizing Russia is a bit of a slog. At the moment, only the leaders of the Baltic republics (who are tortured by their persecution complex) and Polish journalists are applauding the NATO instructors of the Ukrainian radical nationalists. Old Europe, on the other hand, is slowly but surely beginning to realize that all the drama in Ukraine is nothing but the first chapter in a US plan to toss its debts for the third time onto the bonfire of a continental war.

NATO’s military-political expansion in Europe is generally targeted to follow a trajectory running from Washington to the Northeast, and thus the Americans’ Arctic policy continues to grow more aggressive. Washington’s increasing pressure on the nonaligned Arctic states (Finland and Sweden) is intended to promote their further rapprochement with the alliance. Nonmembers of NATO are invited to join “umbrella” organizations, in which their armed forces will be put under NATO’s indirect control. For example, this is the goal for the theoretical NORDEFCO project, which was designed to forcibly popularize the concept of joint military exercises among the public in Sweden and Finland.

Another priority is the fight for resources in the region. For example, the actual scenario behind the Cold Response military exercises involved a large, undemocratic, fictitious state called Northland (probably defended by knights riding polar bears), which had claimed the rights to a newly discovered reservoir of oil and herring, located in the territorial waters of a small state known as Midland. However, once her brave, democratic allies enter the war, victory is achieved over the northern barbarians. Serious money was squandered on this comic-strip plot. Just like it’s being spent on the naval base that Stephen Harper’s bellicose country of Canada is either building or planning to build near the town of Nanisivik. Just like it’s being spent on the Norwegian government’s censorship of the region’s democratic voices that are advocating for balanced coverage of Arctic issues.

And yet most serious experts agree that there is almost zero chance that any war will actually break out over the Arctic, although diplomats from Russia as well as other northern states will defend their nations’ interests in that region. Three of the five Arctic states are members of NATO, so only someone truly half-witted could imagine even in his wildest dreams that Russia might suddenly attack NATO over the Arctic or for some other reason.

The statutory framework of the UN Convention on the Law of the Sea (UNCLOS), as well as the organizational capacities of the Barents Regional Council, the Arctic Council, and the Northern Dimension are fully adequate to allow a thorough discussion of all problems related to the Arctic. And it would be a good idea for NATO to go back to the Middle East and finally lay to rest that monster – ISIS – that their policies have spawned.