Home Government What really is Netanyahu’s Game Plan for America? 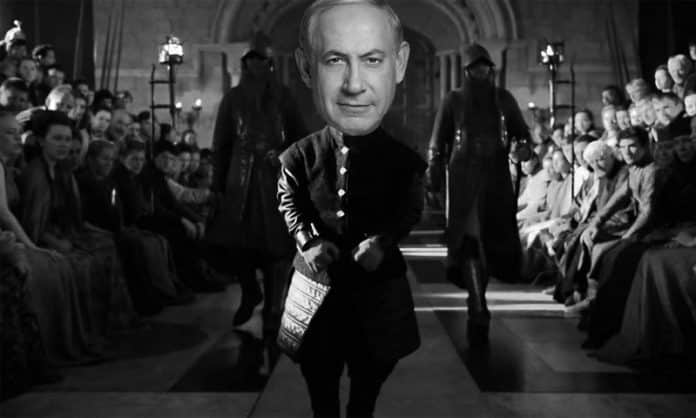 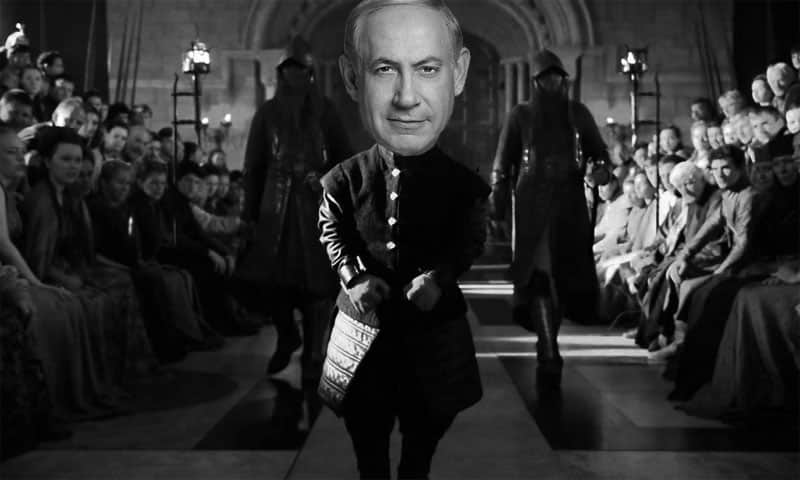 My headline question was provoked by Netanyahu’s response to the P5+1 agreement with Iran which he called “an historic mistake” and an editorial in The New York Times described as being “clearly in the best interests of the US and the other nations that drafted it and Israel.”

The NYT’s editorial view was subsequently endorsed in a letter signed by more than 100 former US ambassadors and then a statement signed by 60 former senior officials and lawmakers with extensive national security experience. Then came the UN Security Council’s unanimous adoption of a resolution endorsing the nuclear deal with Iran and paving the way for the lifting of sanctions on the Islamic Republic.

On the battle to come the headline over a story in The Times of Israel put it this way. AIPAC girds for rare high-noon showdown with White House.

The first question arising is this. Does Netanyahu really believe that with AIPAC’s assistance he can mobilize Zionism’s election campaign funders and those in Congress who do their bidding to kill the deal?

Unless he is completely out of touch with the way things are moving in Washington D.C, Netanyahu must know there is no chance of Congress coming up with the two-thirds majority necessary to over-ride an Obama veto of legislation to kill the deal. So what, really, is Netanyahu’s game plan for America?

The only answer I can think of is that he is reconciled to the fact that a growing number of Democrats in Congress are no longer prepared to do the Zionist state’s bidding when doing it is clearly not in America’s own best interests.

Even Hillary Clinton, the Democratic frontrunner for the 2016 race to the White House, felt that gave her the freedom to endorse the deal with Iran. She said, “With vigorous enforcement, unyielding verification and swift consequences for any violations, this agreement can make the United States, Israel and our Arab partners safer.”

In that light it seems to me Netanyahu’s game plan is to say and do whatever he thinks will assist the Republicans to rubbish President Obama and win the White House in 2016, in the hope that a Republican president will kill the deal.

If that is the hope in Netanyahu’s deluded mind it is no doubt being encouraged by the statements of all the Republicans who are offering themselves as presidential candidates.

Senator Marco Rubio of Florida has said, for example, that it will be “up to Obama’s successor to overturn the deal”. He added that if he is the next occupant of the Oval Office, he will re-impose sanctions on Iran.

Former Governor Jeb Bush of Florida is also in the leading Republican pack which asserts that Iran does want to possess nuclear weapons. He said Obama’s deal with it is a failure because “it only delays Iran’s nuclear ambitions”. He called the deal “dangerous and short-sighted”. He added, “This isn’t diplomacy – it’s appeasement.”

Unless they are unaware of the findings of America’s various intelligence agencies and/or have chosen to ignore them, they must be aware that Iran is not developing a nuclear bomb and does not want to possess nuclear weapons.

And unless they are completely stupid they also know that even if Iran did possess a few nuclear bombs at some point in the future the idea that it would launch a first strike on Israel is ludicrous in the extreme. To do so would lead to Iran’s annihilation in a retaliatory strike and no Iranian leader would be mad enough to invite such a catastrophe.

Why then are all the Republican would-be presidents speaking from Netanyahu’s script and dancing to his tune?

The short answer is in two parts.

The first is their ignorance. I mean that they have no knowledge of the truth of history as it relates to the making and sustaining of the conflict in and over Palestine that became Israel. They are completely unaware, for example, that Israel’s existence has never, ever, been in danger from any combination of Arab military force.

As I explain and document in detail in my three-volume book Zionism: The Real Enemy of the Jews, the Arab regimes, despite some face-saving and stupid rhetoric to the contrary, never, ever, had any intention of fighting Israel to liberate Palestine.

The notion that Israel has lived and still lives in danger of annihilation, the “driving in the sea” of its Jews, is Zionist propaganda nonsense at its brilliant best. Zionism’s success in selling it to the political and mainstream media institutions of the West is the reason why a diplomatic resolution of the conflict has been and remains a mission impossible.

The second is their hunger for Zionist campaign funds. On the Republican side the biggest single donor is casino-owning Sheldon Adelson, estimated by Forbes to be worth $29.4 billion. Last year he and his wife Miriam reportedly contributed $100 million to help the Republicans retake the Senate. In recent months it has become clear that any Republican thinking of running for the White House needs Adelson’s blessing as well as his money, and that’s why some say he now effectively “owns” the Republican party.

For the sake of discussion let’s assume for a moment that the next American president is a Republican (Jeb Bush or some other). Would he actually do what Netanyahu and Adelson want and kill the deal with Iran? I think the answer is almost certainly “No” and here’s why.

He would not be in the Oval Office until January 2017 and that is some way down the road. If between now and then the P5+1 nations and Iran have lived up to their commitments, trade with Iran will be booming. (The scramble to get a slice of the Iranian pie is already underway). Unless he is a complete idiot no American president would want to put an end to that and open the door to a war that would have catastrophic consequences for the region and very probably the whole world.

In that light and assuming all parties to the agreement with Iran honour their commitments there is in theory a case for saying that Netanyahu can’t win – that he has dug and is still digging himself into a deep, dark hole from which there is no escape, and in which he will die politically.

In the paragraph above I emphasized in theory because even if the agreement with Iran is alive and well in 2017, and even if a Republican president is prepared to live with it, Netanyahu would still have ways to sabotage it.

He could order a false flag operation – an attack on American interests somewhere which with manufactured/false evidence he would blame on Iran. That could, probably would, give American neo-cons the pretext they would like for war on Iran. The so-called Christian fundamentalists in the neo-con camp who support Israel right or wrong are probably praying for just such an outcome. Also worth noting is that in the past Adelson himself has talked about the need to attack Iran with a nuclear bomb.

In his body language over the past few days Netanyahu has seemed to me to be uncomfortable and even a little bit desperate. But he is not yet down and out.