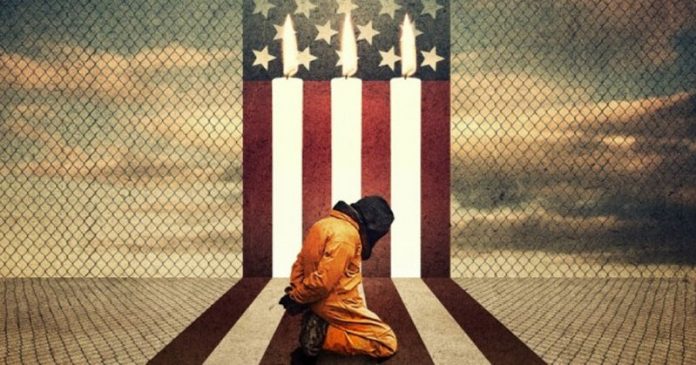 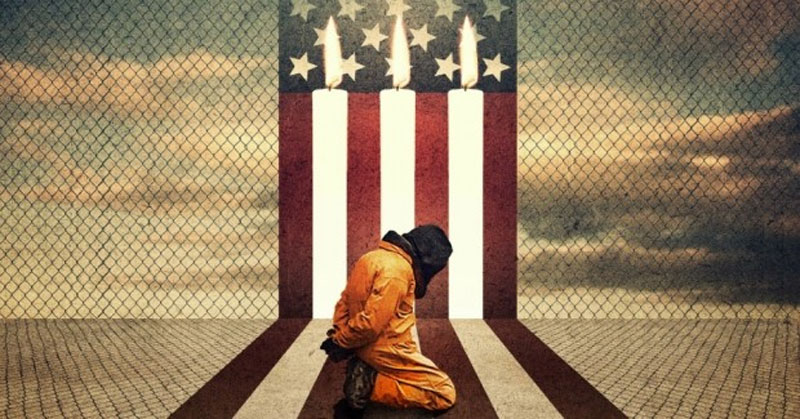 Broken! is a chill-gripping fictionalized thriller of the men and women caught in the cross fire of the business of war, terror, drones, PTSD, and a for-profit surveillance state.

When America chose to use our own weapons of defense as instruments to enhance torture, we sold out our own people, and birthed shattered survivors on both sides.

Written by a military whistleblower who saw it from beginning to end, BROKEN! has the goods to start a real national conversation about who we are and what we stand for. 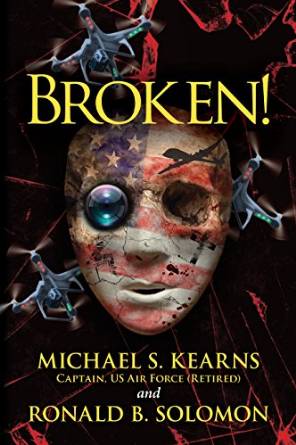 hen disgraced S.E.R.E. (Survival-Evasion-Resistance-Escape) instructor, Captain Charles “Chauncey” Paunce, is asked by the FBI to train the CEO’s of the world’s most advanced drone manufacturers to resist torture (by torturing them!), he reluctantly agrees. Driven by his desire for redemption and love of country, Chauncey subjects some of the world’s most rich and powerful men to the harsh interrogation resistance techniques designed for Navy SEALs, Army Rangers, and other highly trained spec ops troops.

Unable to bear Chauncey’s intensive sessions, many of the CEOs break and unwittingly reveal secrets. But it seems they are the same secrets — held only by them — and unlock a ruthless conspiracy. Aimed at taking away the constitutional rights to privacy and freedom enjoyed by every American citizen the plot reaches the highest levels of the government and the military establishment.

Only too happy to take his payment and go on his way, Chauncey survives an assassination attempt aimed at keeping him quiet about what the CEOs said. Knowing that the only way he will survive is to take down whoever tried to kill him first, Chauncey leaps into survival mode. With the aid of his expert intelligence skills and a group of former Navy SEALs, Chauncey fights through a web of cutting-edge, weaponized drones and a string of massacres of high-level engineers.

From a desolate village in Afghanistan to the Mojave Desert to the skies over San Diego, this story is a thrill ride that combines real modern-day issues with enhanced robotics, illegal surveillance, explosions and redemption.

*** The Authors will be donating 20% of their net profits to Veterans for Peace.

“Michael Kearns and Ronald Solomon ‘walk the walk’ in his new novel, BROKEN! , an account so tightly written it makes you feel like you’re in the room, a part of the team, on the mission.  From its opening scene to its dramatic finish, this book is a must read!”  John Kiriakou, former CIA Clandestine Case Officer, and author of “The Reluctant Spy: My Secret Life in the CIA’s War on Terror”

“This book nails the reality of torture as both deeply pathological and unproductive. However it goes much further, and shows just how out of control our country is, where 70% of the secret budget is spent on contractors without a clue and without ethics. As Americans contemplate the future, Broken! is a helpful overview of just what “out of control” can mean, not only abroad, but right here at home where internment camps actually exist ‘in waiting.’”  Robert David Steele, former CIA Clandestine Case Officer, co-founder, Marine Corps Intelligence Activity

“A tour de force in how mind-boggling surveillance technology and a lack of true statesmanship will combine to erode our hard won freedoms at a rate unprecedented in United States history. If we’d had this book on 9/12, I dare say that war, torture, and a national disgrace may well have been adverted. If you cherish Freedom and those who defend it, you must read and heed Broken!”     Peter Gerard, CEO of MetaMatics, Inc.

“Broken is a mesmerizing, action-packed novel.  A true page-turner, I couldn’t put it down!  Kearns and Solomon raise mind-boggling issues fundamental to our notions of liberty, freedom, and morality. This novel has it all.  A must have on your summer reading list.” Kathy Gerard, Zen wellness instructor.

“This is a must read! It is full of riveting reading and action from the very beginning.  It covers current and near future technologies, includes almost every 3 letter spy agency think NSA, CIA and FBI and throw in the SEALS! The characters are believable and very 3 dimensional.  Dialogue is sharp and engrossing.  It’s a “thinking man’s” book.  Can’t wait for a sequel!” Monte Huebsch CEO, AussieWeb

“Michael Kearns and Ron Solomon have written a terrific thriller, a rollicking roller coaster of a read where the author displays a deep knowledge of how our military operates.  This is now a world of ops we’ll never hear about, drones that mysteriously buzz the airways, and Middle East terrorism threats, which we are struggling to decipher every day. An novel full of action that paints a scary but all too real picture of the new normal.”   Doug Garr, Former speechwriter for Gov. Mario M. Cuomo and author of the memoir, “Between Heaven and Earth:  An Adventure in Free Fall.”

Michael “Kearnsey” Kearns is a retired Air Force Intelligence Officer, and former Master SERE instructor, who has been a vocal opponent of the Bush/Cheney torture program and the dark complexities of political war profiteering at the expense of the American people. He is the sole survivor of the world’s first four-way skydive over the South Pole and the first person to have parachuted over all seven continents. As a patriot who has risked his life and lost too many of his fellow veterans, this novel is his dedication to the truth.

Ronald Solomon has created, written, and run successful companies and products spanning network television shows, children’s games, and information technology. He is deeply concerned about the condition of our country and the negative effects of financial elitists and their government lapdogs on our citizenry. His extensive background as a television executive producer, head writer, and show creator has helped to give his first novel, “Broken!” its exciting, cinematic feeling. He lives at the top of a mountain near Denver, Colorado, with his wife, Iris and pet security drone.