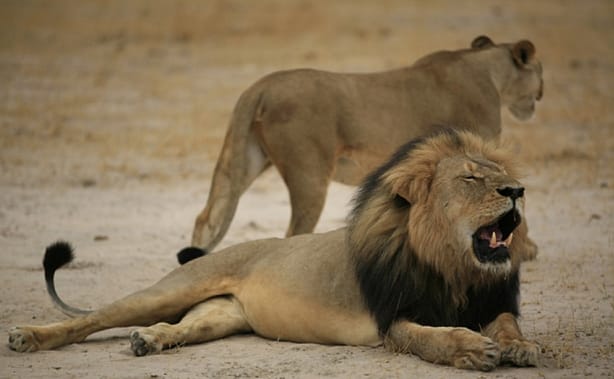 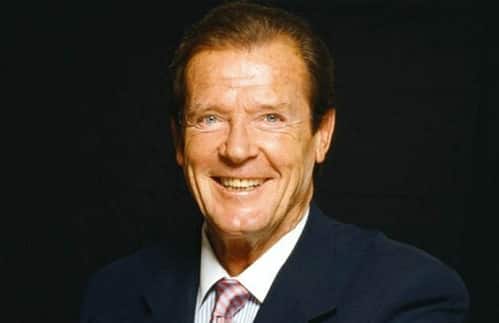 Fact: hunting is a coward’s pastime, and no one has demonstrated that more clearly than the American dentist Walter Palmer, who apparently paid over £30,000 to gun down a lion to add his head to a trophy wall. That wall includes the heads of animals he has shot at close range – with the help of paid facilitators, of course, from all over the world – including a leopard, an elk, a buffalo and even a polar bear, who won’t have to wait for global warming to be killed off.

What happened bears repeating: the man, aided by several guides, did not stalk a wild beast who was a danger to anyone. The animal was lured out of his safety zone in a park and was blinded by a spotlight. Palmer then fired a high-powered weapon to injure the lion, who, with a steel arrow stuck through him, crept away and suffered for 40 long hours before the “hunter” arrived and the animal was skinned and decapitated.

It has been alleged that the guides also tried to hide the radio collar on Cecil‘s neck because it contained a tracking device. You’d be forgiven for thinking that behind the dentist’s unnaturally white teeth is a person devoid of moral fibre, conscience or decency.

After hearing the reports, PETA’s founder called for this callous man to “be extradited, charged and, preferably, hanged” – not literally hanged, meaning that he would twist in the wind, but that he should face criminal charges. I stand firmly behind her. After all, this isn’t Palmer’s first time killing exotic animals, and it’s not even the first time he has illegally hunted down animals. (He apparently violated American state laws when he killed a black bear in 2006 and then lied to authorities about it.) Clearly, he’s gunning his way through the animal kingdom, and who among us feels that we live in a civilised society while he’s on the loose? He must be stopped and brought to justice.

In a world with boundless opportunities for amusement, it’s detestable that anyone would choose to get thrills from killing others who ask for nothing from life but the chance to remain alive. The animals whose lives he has so cold-heartedly snuffed out have precisely the same capacity to feel pain and suffer as we do. All leave family members or mates behind when they’re killed, and none is exempt from grief. Cecil’s death is particularly poignant, as he leaves behind two prides containing some 24 young or female members, whom wildlife experts believe may soon come to harm without his protection. So Palmer can add these innocents to his death count, too, even if he won’t have their heads to grace his wall.

Walter Palmer pictured on one of his hunts

“Sport” hunting is a sickness, a perversion and a danger and should be recognised as such. People who get their “amusement” from hunting and killing defenceless animals can only be suffering from a mental disorder. We know that we should protect the most vulnerable and helpless in society, not destroy them – much less derive pleasure from doing so. Thankfully, those of us with a conscience are appalled by the idea of gunning down animals for the sake of a thrill or a photo. Interest in hunting in Great Britain and elsewhere is steadily declining since decent people prefer to hike, take photographs, kayak and generally enjoy the outdoors without killing other beings.

Walter Palmer (Lt) pictured with a lion on a previous hunt

For now, we can all fight this cruelty by joining PETA in calling on Zimbabwe to ban trophy hunting and on Europe and the US to ban the importation of trophies so that the global outrage which this case has generated can lead to real change – and so that this magnificent animal will not have died in vain.

If you share my disgust, join me in asking the presidents of South Africa and Zimbabwe to stop allowing heartless hunters to murder Africa’s wildlife for fun.