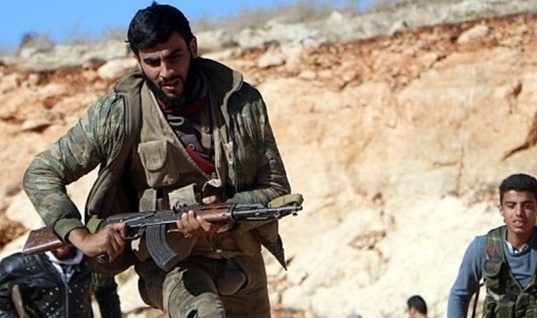 TEHRAN (FNA)- The two main rival Takfiri terrorist groups, the ISIL and the Al-Nusra Front, asked the Syrian army to allow them to safely withdraw from several areas in Southern Damascus.

The ISIL and Al-Nusra Front groups called on the Syrian army to allow them retreat their forces and military hardware from al-Hajar al-Aswad and al-Tazamon towns as well as the Palestinian Yarmouk refugee camp.

“These two Takfiri terrorist groups have once again demanded for withdrawal from their positions in Damascus countryside after their conditions deteriorated,” Khalid Abdul Majid told the Arabic-language al-Watan newspaper.

Several groups of militants have surrendered to the Syrian army in the Damascus Countryside in the last several months. The last one of such groups gave in to the authorities in the region in mid February.

Last month, Syria’s National Reconciliation Committee announced that tens of militants of the Free Syrian Army (FSA) surrendered to the government troops in the city of Zabadani.

A large number of militants laid down arms and surrendered to the Syrian authorities, the Lebanese Al-Hadith news website reported.

The development came after President Bashar al-Assad in a televised address on Sunday pardoned all soldiers who have fled the army, saying that his words served as a general decree to relevant officials.

Assad said even those who have fought the Syrian army will be pardoned. This was the third general amnesty declared by President Assad in the last four years.

Hundreds of gunmen have been laying down their weapons and turning themselves in to authorities in areas across the country.

This number seems to be on the rise as the army has been making steady gains in the battlefield against the terrorist groups, recapturing an increasing number of areas, including strategic sites, which helped cut off many of the militants’ supply routes and forced them to surrender or run away.