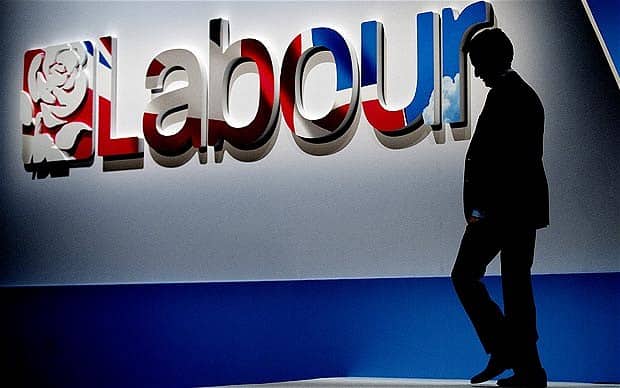 UK Labour Party bosses are on a suicide mission to block support for its most likely saviour, Jeremy Corbyn who has emerged as the front-runner in the leadership contest.

Interim leader Harriet Harman is reported to have given orders to weed out hard lefties and other presumed mischief-makers, such as Tories, who are said to be joining the Party in droves in order to vote for the maverick Corbyn. Anyone who is not a member may apply to register as a Labour “supporter”, on payment of £3, and receive a ballot paper provided they declare: “I support the aims and values of the Labour Party, and I am not a supporter of any organisation opposed to it.”

Harman’s credentials, by the way, include voting for the Iraq war and against an investigation… as did the other leading contenders Andy Burnham and Yvette Cooper (though not Corbyn of course).

What makes Party bosses even more jumpy is the announcement by George Galloway that he will re-join Labour if Corbyn wins. This prospect strikes fear into the very heart of the Blairite/Brownite rump’s comfort zone.

Galloway was expelled in 2003 for calling the then Labour Government “Tony Blair’s lie machine” and saying British troops fighting in Iraq should refuse to obey their orders. His opinions about the Labour Party may change, he says, and he’d re-join “pretty damn quick” if Corbyn took the leadership. He thinks hundreds of thousands of others – in fact “everyone on the Left” – would too. “I’ve always been a Labour man. I consider myself ‘real Labour’ – I’ve never been a Marxist or a Trotskyist.”

He predicted the Labour Party, with Corbyn at the helm, would have a million members by the time of the next General Election in 2020.

Resurrection is at hand

Meanwhile, there are 59 Westminster Parliament seats for Scotland and the SNP holds 56, leaving Labour, Conservatives and LibDems just one apiece. What is more, there’s a Scottish Parliament election next year. Real fears are now being expressed that the SNP is too powerful, that it is far too authoritarian, and that if independence comes the SNP is not the party to run it. As a result there are moves afoot to create an alternative ‘party of the Left’.

The Scottish Left Project says it aims to build “a united, credible alternative to neoliberal politics in Holyrood without sacrificing the need for a united challenge to Westminster’s corruption and imperialism”. It wants to replace Labour with a party that truly reflects the needs of Scotland’s working class. “We believe a consensus is emerging behind these aims, not just in Scotland but across many parts of Europe”.

It has produced a Statement which likeminded people are invited to sign: “There is a need for something truly new and original to be born out of the independence movement that can manifest itself at the ballot box in 2016 and beyond…. We intend to start a conversation around certain core principles that must be represented in politics once more.

“It [the Project] will be based on the principles of radical social change: participatory democracy, democratic public ownership, the redistribution of wealth and power from the rich to the poor and full independence from the British state and its monarch.”

Another emerging force is the Radical Independence Campaign (RIC), which describes itself as “an extra-parliamentary, pro-independence platform which puts forward a vision of Scotland that is green and environmentally sustainable; internationalist and opposed to Trident and war; for a social alternative to austerity and privatisation; a modern republic for real democracy; committed to equality and against sexism, homophobia and racism.

“The brutal cuts we have already had will pale in comparison to the cuts that are to come. The Conservatives plan to usurp democratic and human rights. A struggle of historic proportions lies ahead.” RIC adds that the Union (with England) is at breaking point and they are developing a strategy for independence from Westminster, neo-liberalism and Tory brutality.

The Left Project is aiming to field candidates in the 2016 elections. The RIC say they won’t. Their deliberations will presumably culminate at the upcoming RIC conference in Glasgow on 29 August when they will attempt to “propel the social movements of the radical left into the fight against Westminster”. At this point, surely, the talking stops and action begins. What then, if the two groups don’t come together in a coherent way? A wee disaster?

Fear not, there may soon be a third way forward. That is to rebuild the Labour Party in Scotland, embracing all the radical left groups in order to present a credible alternative to the SNP along the lines suggested by the RIC and Left Project. But it can only happen if Corbyn wins the national Labour leadership, re-energises the demoralised troops and overhauls the established structure on the ground.

Corbyn and Galloway might, if it pleases the gods, create the conditions for a new ‘old’ Labour to rise from the ashes, rallying the disenfranchised working class and other fed-up elements of society, and taking on the SNP in next year’s Scottish elections. And, after that, the detested Tories south of the border.

Could the new mood sweeping through the grass roots of this country make it happen? Just maybe….