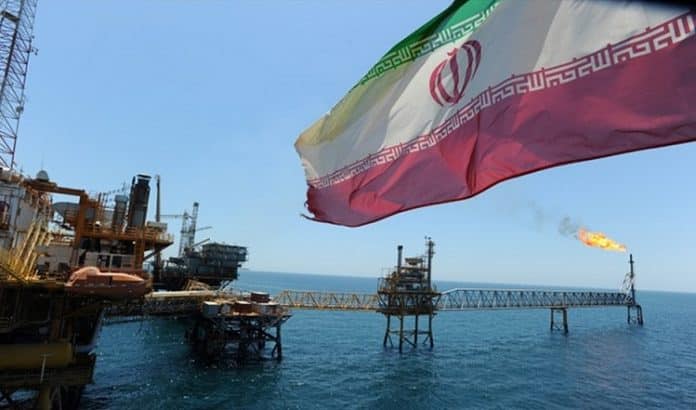 United States Lifts Ban on Iran Oil Purchases
The US administration has given an authorization to the country’s oil clients to continue purchasing crude oil from Iran beyond the ceiling that had been imposed as a result of sanctions, Al-Alam News Network reports.

The US Treasury and State departments in a recently published report have ensured that Tehran’s oil customers can continue to purchase Iranian crude during an interim period before the terms of what Iran and six world powers agreed on in Vienna last month can be fully implemented and sanctions lifted.

Both departments in the guidance that was originally brought to the spotlight by Argus Media publication have emphasized that Washington will not impose sanctions on financial institutions in those countries. And the US will not target non-US companies that help facilitate those purchases, Press TV reported.

During the nuclear negotiations, Iran’s oil exports have been limited to 1-1.1 million barrels per day (mbpd), down from 2.5 mbpd before the sanctions were imposed in 2012. Six countries — China, India, Japan, South Korea, Taiwan and Turkey — buy oil from Iran.

Iranian Oil Minister Bijan Namdar Zanganeh announced last month that the country plans to increase oil exports after the implementation of a nuclear conclusion between Iran and the six world powers.

“After (the implementation) of the agreement, our major work would just begin,” Zanganeh said on July 15, referring to the agreement between Iran and the Group 5+1 (Russia, China, the US, Britain, France and Germany), known as the Joint Comprehensive Plan of Action (JCPOA).

“The first step is to prepare for increasing (oil) exports,” he said at the time.

According to Bloomberg, refiners based in Italy, Spain, and Greece have indicated that they are ready to resume purchasing crude oil from Iran when the country returns to oil markets.

Iran and the Group 5+1 concluded more than two weeks of talks over Tehran’s nuclear program in Vienna on July 14.