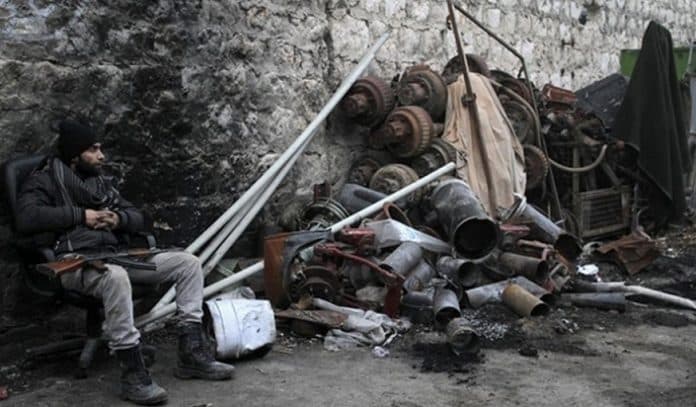 TEHRAN (FNA)- The terrorist network Islamic State (ISIL) is financed through illegal oil sales and makes a profit of about three million dollars a day and NATO members, including Turkey, the US and the United Kingdom tolerate the terrorists’ oil smuggling activities.

Close allies of the United States and the UK secretly finance the ISIL terrorist group. The Kurdistan Regional Government in Northern Iraq and the Turkish military intelligence have supported ISIL’s oil smuggling activities and supplied the terrorist group with weapons and equipment, DWN reported.

Oil smuggling is one of the main financial resources for ISIL. The terrorist group controls about 60 percent of Syria’s oil production and seven major oil fields in Iraq, RIA Novosti reported.

ISIL managed to increase its production to 45,000 barrels of oil per day, supported by a network of corrupt officials in the Kurdish government and Turkey.  With their help, the terrorist organization makes an average profit of about 3 million dollars a day, the newspaper wrote.

However, both the Turkish and the Kurdish government officially deny any connection to ISIL’s oil smuggling activities.

However, widespread corruption in political circles practically brought these efforts to a naught, investigative journalist Nafeez Ahmed reported to MiddleEastEye.

Ahmed refers to statements of Turkish, Kurdish and Iraqi officials. An anonymous source in the ruling party of Iraq, the Islamic Dawa party, confirmed to him that “members of the Kurdistan Regional Government have tolerated ISIL’s oil sales on the black market”.

According to the official, Turkey tolerates ISIL’s oil black market as well, with the US silently watching these activities.

“The Americans know what’s going on. But Erdogan and Obama have a good relationship with each other. Erdogan makes basically what he wants and the United States has to agree with it,” the official said.

Even British corporations are reported to be involved in the business of the Takfiris. The Anglo-Turkish oil company Genel Energy closely linked to a group of British parliamentarians has reportedly received an order to supply the refineries for the Kurdish energy company Group Nokan. The latter is suspected of supporting ISIL’s illegal oil sales to Turkey, DWN reported.