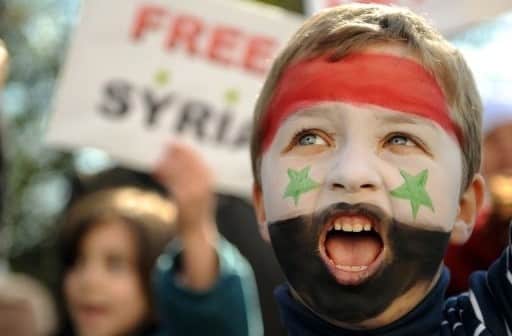 International economic sanctions have been a popular tool of the West since the late 1980s and early 1990s, when the Reagan, H.W. Bush, and Clinton administrations came to see them as a low-cost, low-risk alternative to military action.

Current targets of Western sanctions include Russia and Iran, but it is Syria who has suffered the longest. The U.S. has imposed a vast array of sanctions on Syria since 1979 when the Carter government designated Syria a state sponsor of terrorism. The most recent and most comprehensive round of sanctions prior to the current conflict were imposed under the 2003 Syrian Accountability Act, which banned U.S. business investment and property transactions in the country and reduced diplomatic contacts.

Despite a thaw in ties after the Syrian pullout from Lebanon in 2005 and a period of rapprochement under the Bush administration, the Accountability Act, which requires congressional approval for amendments, is still in place. Furthermore, a raft of new, more stringent and wide-ranging sanctions has been imposed since the current conflict began in 2011; even worse, the European Union joined the U.S. in imposing sanctions on the war-torn nation and halted imports of Syrian oil, which account for 90 percent of the country’s revenues, causing it to lose about $400 million a month.

The Effect on The Syrian People

In Syria government projects and private investment have stopped and capital has fled abroad; the tourism sector, which makes up 12 percent of Syria’s GDP, has nearly evaporated. Industrial production has shrunk, resulting in unemployment for part of its workforce, agriculture is affected heavily due to the vast army operations, exports have been cut in half, unemployment has increased to around 25 percent and prices have risen due to widespread shortages.

In 2011 when the EU joined the US in imposing wide ranging sanctions on Syria, Syrian foreign minister Walid Muallem told a reporter:

“Today, the Europeans have added a black page to their record of colonialism in the region,” adding that the measures would “harm the Syrian people.”

Mohanad Ghashim, who was running an IT business in Aleppo before resettling in Amman last year, says that when the financial sanctions started in Syria, he was no longer able to get paid by his U.S. Clients.

“I tried to open a new bank account in Lebanon or Jordan, but it didn’t work, and I had to close my agency and relocate.”

Even for those like Ghashim who have the resources to leave Syria, the sanctions can still hurt. In February 2012, HSBC dropped its non-premium Syrian clients (including those living abroad) due to the high compliance costs associated with sanctions.

Syrian political analyst Sami Moubayed from Damascus, now a visiting scholar at the Carnegie Institute in Beirut, believes the sanctions were imposed arbitrarily:

“No Syrian could send or receive money in U.S. dollars, nor could Syrians fleeing the destruction in their country open accounts in foreign banks. This was crazy … because the regime did not feel the pain, ordinary Syrians did. Sanctions don’t bring down regimes; the world knows that from Iraq. Sanctions eat away at the nation from within, weakening the regime, no doubt, but at a very high human price.”

An IT professional from Aleppo wrote on Facebook about the sanctions:

“just a media ploy, to pretend you’re doing something, whereas in reality you’re just making things worse for the people you’re supposed to be helping. We’ve been without electricity in the entire city for about two weeks now. We’ve only had a few hours of water too, as it takes electricity to pump water through the city. Sanctions only hurt normal people. The worst was after the revolution, they cancelled all credit cards belonging to Syrians inside Syria and placed sanctions on the oil and fuel, which quite obviously hurt ordinary Syrians the most.”

“designed to avoid putting further suffering on the Syrian people so we don’t target the import of Syrian fuel products from non-U.S. persons.”

Regardless of any rhetoric from U.S. Politicians, the Syrian people are suffering from a lack of this essential commodity resource. Syrians say the price of oil has become 10 times what it was two years ago. The only beneficiaries inside Syria are the smugglers and they are closely tied to the foreign mercenary groups such as ISIS and Al-Nusra; therefore, U.S. sanctions on Syrian oil are working to the advantage of the very groups the U.S. claims to be fighting.

Sanctions Do Not Work

“The record of international sanctions of a non-military kind, even when applied within an organizational framework, suggests that on their own they will not succeed in drastically altering the foreign or domestic policy of the target.”

If sanctions are ineffective at hurting governments and effective at hurting innocent people, why do the nations of the West keep using them? One reason may be that the Western democracies are susceptible to public pressure. The U.S. government seems to believe that diplomacy isn’t enough but knows that military intervention is unattractive to it’s war-weary populace; therefore sanctions are a low-cost way for Washington to appease domestic pressure and to register its disapproval of the Assad regime.

Destroying the Syrian economy through years of sanctions actually helped give rise to ISIS; sanctions on oil benefited smugglers who are closely tied to ISIS; therefore the sanctions functioned to line ISIS pockets and strengthen their position.

Sanctions feed extremism, this has been shown time and again to be the case. In the late 80s and early 90s, the EU imposed sanctions on Austria in order to weaken the right-wing government of Jorg Haider; the effect was actually to strengthen support for Haider and his far-right Freedom Party.

As sanctions began to negatively affect the Syrian economy and the effects began to be felt by the people as their lives became harder and their pockets empty; it was inevitable that dissension against the Assad government would grow – unhappy people looking for someone to blame. This in turn lead to increased support for the so-called opposition groups like Al-Nusra and ISIS; clearly, Western sanctions helped to feed the forces of extremism within Syria.

In some instances, Western sanctions were actually tailored to benefit ‘rebel forces’; a Council on Foreign Relations report from 2013 gives some details of how the EU was financing the opposition through trade, particularly in oil and furthermore, was supplying arms to the opposition:

“The EU eased restrictions in April 2013, allowing the import of Syrian crude oil from opposition forces in order to bolster their finances. The following month, it relaxed financial restrictions, to assist rebel forces and establish economic ties with civilians in rebel-controlled areas.

Under UK and French pressure, significant parts of the arms embargo, which had been in place since May 2011, were allowed to expire in June 2013.”

Sanctions against the democratic government of Syria have played almost as large a role in fostering the growth of extremism as that played by Saudi weapons, the Wahhabist extremist form of Islam and Qatari finance.

Yet again, we see the actual role played by the West diverging greatly from the West’s rhetoric and stated aims. Sanctions have hurt the people of Syria, damaged the economies of the West and greatly aided the rise of extremist terrorist forces; clearly sanctions are highly negative in their effects and their effect on the common people is in equal parts both cruel and unjustified.