Home WarZone Press TV: China to take over strategic US military base in Djibouti 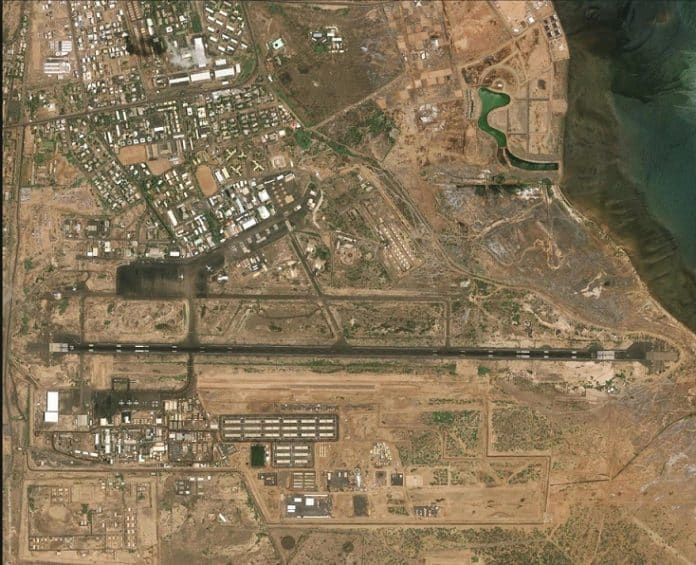 Editor’s note: Another story totally unreported in the US media, partially confirmed in the UK and elsewhere. This would be a crushing blow to the US, perhaps more symbolic than real. The US has 4 other covert bases in Africa but is also aware that participation in the broad shooting war going on would make what happened in Iraq look like child’s play. With very confirmed reports, especially from Cameroon, showing France as fully complicit in the terrorism in West Africa, one might wonder what role the US could have been playing in the first place.

The tiny African state of Djibouti has reportedly ordered the US to vacate its secondary Obock military base in the nation in a bid to turn over the installation to the Chinese military and its contingent of 10,000 troops, raising major concerns in Washington, which holds the largest military base in Djibouti, Camp Lemonnier.

“The announcement, made the day after US Secretary of State John Kerry visited Djibouti last May, is deeply worrying for Pax Americana, for it comes on top of a major package of economic investments by China that has Djiboutian President [Ismaïl Omar] Guelleh openly talking about the importance of his new friends from Asia,” US-based magazineCounterPunch wrote in an article on Monday.

According to the report, the US is about to lose one of its military bases in Djibouti, home to America’s largest permanent military installation in Africa that includes 4,000 troops and a fleet of US assassination drones that run bombing missions in regional Muslim countries as part of Washington’s official targeted killing program.

The Horn of Africa nation, strategically located in the critical entrance from the Indian Ocean to the Red Sea, lies at the gateway to the busy Suez Canal waterway and provides a port to neighboring landlocked Ethiopia.

The report further points out that the US Defense Department pays Djibouti nearly $63 million per year for the use of the Camp Lemonnier military base, which also serves as one of the world’s largest drone bases.

China, the report adds, has offered Djibouti a far more generous offer, namely the completion of a $3-billion railroad project from the Ethiopian capital Addis Ababa to Djibouti.

According to the article and recent Western press reports, the Chinese military presence in Djibouti has introduced – among other possibilities – the prospect of US schemes to organize a ‘regime-change’ effort in the African nation under the pretext of democratic change.

UK-based Daily Telegraph highlighted the concerns of Pentagon officials regarding China’s deepening commercial involvement in Djibouti in a report last May, saying the development may prompt Washington “to relocate sensitive intelligence-gathering operations to more secure locations outside Djibouti where they are better protected from interception by the Chinese.”

US military installation Camp Lemonnier in Djibouti is the key base of Washington’s assassination drones.The British daily further said that there are “fears” that President Guelleh may seek “to impose restrictions on the US military’s access to Camp Lemonnier, such as placing limits on the movement of military personnel and military operations conducted from the base.”

The daily also quoted a “senior US official” as saying that the “trade deal between Djibouti and China has raised serious security concerns with regard to Camp Lemonnier. There are fears that if President Guelleh gets too close to China then he may be tempted to impose restrictions on US access to the base, which would seriously affect the West’s attempts to collect intelligence on Islamic State (Daesh) and al-Qaeda.”

Pointing to a potential US scheme to plan a regime-change operation in Djibouti, the British daily added, “American diplomats are also resisting attempts by Mr Guelleh to stand for re-election next year, which they argue is unconstitutional. Mr Guelleh has been in power since 1999, and by law should stand down. If he does so then Washington hopes a more reasonable leader will be elected, one more aligned to the Pentagon’s interests.”

Moreover, in an April 23 article titled “China Comes to Djibouti,” US journalForeign Affairs wrote that “Washington would need to band together with other allies such as France, Germany and Japan to try and counter China’s growing influence in Djibouti.”

“If it doesn’t, Washington might find that the country hosting its only military base in sub-Saharan Africa owes more favors to China, its rising global rival, than to the United States itself,” the magazine emphasized.