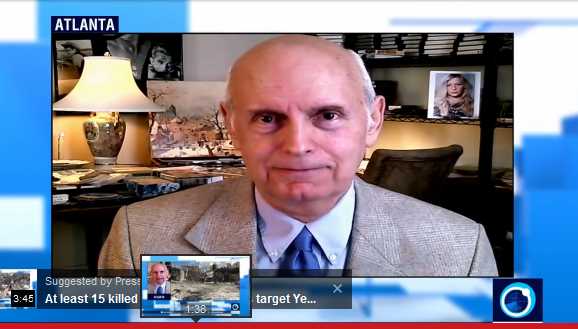 [ Note:  Iran is not wasting any time responding to the State Department cheap shot after signing the nuclear agreement that the US has to stand up to Iran as a state sponsor of terrorism. Dear Mr. Kerry and State Department people, Give us a break on that drivel, please.

We know how involved in terrorism the US is directly and through its proxies. If some of you are truly confused about this we will be happy to have some VT people debate you on it publicly.

And if you give us a pass to use some of the classified material, we can then practice some real “informed consent” democracy for the American people. There is a rumor going around that they are whom you are supposed to be serving.

Yes, we know you would tell us off the record that you have to say these totally false things to pander to the Israeli Lobby and show our Gulf state terrorist proxies that we will keep putting the blame on Iran for our own actions. But it is that Dr. Jekyll and Mr. Hyde geopolitical warped thinking that has gotten us into this nightmare of crashing around the globe from one foreign policy disaster after another.

The only bright spot we have had in years is getting the phony Iran nuclear weapons hoax put to bed. You are just going to get US businesses locked out of any of the Iran economic boom business. How stupid is that?

The leader has already warned that he suspects our plan now is to use the trade opening as a launch pad for a stage two of a new Western color revolution in Iran. Gosh, I wonder who might have given him that idea?

Did you really think the Iranians would be so stupid as to open the doors for you to do that, like letting the Endowment for the Defense of Democracy CIA front into the country as an NGO? If so, then someone needs to check the ashtrays to see what you people down there at Foggy Bottom have been smoking… Jim W. Dean ]

The UN special coordinator for Lebanon has welcomed the Iranian foreign minister’s call for regional cooperation and dialog to help resolve crises.

Sigrid Kaag said that’s in line with the UN policy in Syria and Yemen. Kaag added that the UN also welcomes what she described as Iran’s open-door policy in the wake of the nuclear agreement. She also noted that Iran, Saudi Arabia and Egypt have links with certain parties in Lebanon and can play a positive role to end the political deadlock over picking the new Lebanese president.

Last week, during a visit to Lebanon, Iranian Foreign Minister Mohammad Javad Zarif said Tehran was ready for joint work with its neighbors to fight extremism and sectarianism.