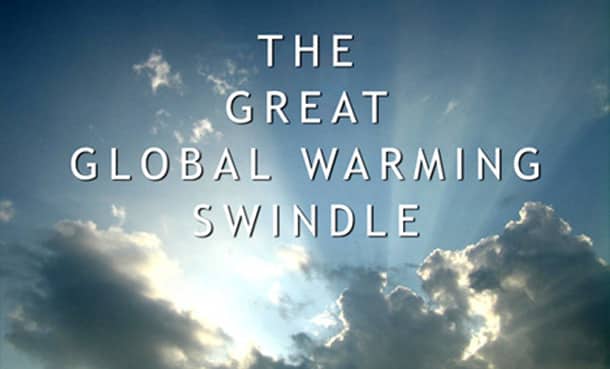 All of the above is to be accomplished by the United Nation’s Action Plan called … Agenda 21.

This agenda intends to eliminate all representative governments in favor of mysteriously appointed boards and commissions, with few jurisdictional boundaries.

The implementation of Agenda 21 means the loss of all private property rights and ownership, to include the rights to our houses, vehicles, boats, animals, and even our own bodies.

People are to be moved out of rural areas and off farms into high-density city centers, where they all will be crammed into “stack ‘em and pack ‘em” high-rises.*

*Rosa Koire’s book, Behind the Green Mask is among the many sources of the above information.

Many roads and highways are to be pulverized, eliminating travel into the countryside. Wilderness areas and public lands are to be off-limits to unauthorized humans. Transportation is to be limited to rail for the majority of the public.

Humans are to be concentrated in “Human Settlement Zones” consisting of high-rise dwelling units that are to be constructed along side of railroad tracks. The railroad will be the main means of transportation; private automobiles will not be permitted. The Obama stimulus is to be the major source of funding for this agenda.*

*From the Bio Diversity and Wildlands Project USA Plan

Agenda 21 intends to monitor, meter, and limit our use of all energy and water, just like Smart meters do.

The inoculating and drugging of the public is to be universal.

The UN’s promotion of Agenda 21 and their definition of sustainable is to be inserted into every course from pre-school to graduate school. The federal program of Outcome Based Education is centered around teaching children all about the “wonders” of Agenda 21.

Agenda 21 is a strategy to create social equity by impoverishing everyone and thereby engineering total dependence on the government.

There is to be no more middle class: just the two percent (the Controllers and their enforcers) and the rest of us.

Agenda 21 means total unequivocal universal tyranny in the form of a one-world government administrated by unelected and unknown foreigners.

Already, the United Nation’s Agenda 21 for Sustainable Development has been signed onto by 179 nations, which certainly includes the United States of America.*

*Only the global controllers, with their command of the world’s media, could take a vital word like sustainable and make it code for despotism.

The Agenda 21 Action Plan is printed in an 8.5 x 11-inch book of 300 pages and 40 chapters. The book covers in detail the micro-managing of every aspect of human life.

Agenda 21 rests squarely on the shoulders of one of the most awe-inspiring indoctrination programs in the history of the world – the anthropogenic (man-made) global warming/climate change scam.

And the global warming/climate change scheme rests on one indispensable, one all-important emotion – fear.

Have you read or heard anything about how people and animals have dangerously heated up our world with the production of CO2 (carbon dioxide)? Surely you have.

But have you heard or read anything about how an absence of CO2 would mean death to all plant, animal, and human life on earth?

Have you read or heard anything about how the increased production of CO2 would give man and animals a vastly increased growth of food across the world? Probably not.

An important fact kept out of the controlled media is that other planets in our solar system had also shown some increases in warming when Earth was warming.*

*Certainly there were no humans or SUVs heating up Mars or Jupiter?

In any case, we do not have to contend with the lie of “global warming” any longer, as our various environments were setting cold records. So what were the globalists to do?

They switched horses in mid-stream. Their think tanks came up with the words for a new banner … Climate Change.

“Man must change in order to eliminate climate change,” they began preaching.

I hope it is now clear to everyone that saving the environment is the cover story in creating a rigid despotism, wherein governments continue to freely pollute our world with chemtrails, atomic radiation, and plastic waste that is filling our oceans and killing marine life.

Their plans are made to sound idyllic, but the implementation of only a part of Agenda 21 will be akin to living in a forced labor camp.

To ensure the implementation of Agenda 21, Fusion Centers have been set up across the country. These federal government hubs are places law enforcement organizations come together and exchange data on various recalcitrant citizens, usually known as domestic extremists.

There is speculation that these resistant citizens will likely be put into various FEMA (Federal Emergency Management Agency) camps.

These hundreds of Fusion Centers will also coordinate the actions of the few people they appoint and pay to be representatives of the much larger populated Neighborhood Associations.

In all likelihood these hired and paid representatives will falsely speak for their Neighborhood Associations, claiming support for the Agenda 21 plan, even if such support does not exist.

Already, however, the title – Agenda 21 – has gotten a bad name with many Americans. So the think tanks, owned and controlled by the Globalists, are spreading propaganda via their major media. Such promotion is filled with the following words:

For the common good,

And while I encourage my readers to stop worrying over man-made global warming, or man-made climate change, I do encourage them to resist Agenda 21.

But unlike Agenda 21, which to date has primarily centered on claiming concern for the environment as the method of enslaving mankind, their new scheme – 2030 Agenda – uses no such subterfuge.

Apparently the Globalists now feel their control over humanity to be so extensive that deception is no longer needed in their ascent to hegemony over earth. Their direct mandates in the 2030 Agenda verify some great confidence.

Cultural Marxism was first developed in Germany at the Zionist-funded Frankfurt School in 1923.

Its objectives have always been the elimination of the family unit, the middle class, Christianity, prosperity, free enterprise, and individual free will. The individual is to be sacrificed to the collective.

The post-World War I German people rejected these communists and their dissemination of cultural Marxism. As a result the Frankfurt School moved to Columbia University in New York City, where they have been protected and well-funded and promoted since 1934, by the architects of financial usury.

Once usury triumphs in a nation, the country’s life, culture, morality, and prosperity languishes and then fails at a mad rate.

It is then that cultural Marxism succeeds with its transgressions against divine law, as have occurred in America since the Woodrow Wilson administration.

The UN’s 2030 Agenda takes up the mantle of cultural Marxism without saying so. Its one overriding goal is to make everyone dependent on the state so as to attain universal support of government no matter how criminal or dictatorial that government may become.

Already over fifty percent of the American public, that still has a job, works for government, either on a local, state, or federal level.

The 2030 Agenda will be a stealth dagger stuck into the heart of our most traditional American values.

During the first days of August of this year, the image of the Goddess Kali, or that of Satan, appeared on the Empire State Building. This just prior to Pope Francis speaking at the 70th Regular Session of the United Nations General Assembly next month, in New York.

Will the Pope place his imprimatur on the Satanic 2030 Agenda documents?

What does this all mean?

Is it more “in our face proof” that Satan and his minions rule Earth?

Will we all be forced to become vassals of Satan?

Certainly, if too many blindly obedient Americans “go along to get along,” we will all end up poverty-stricken, in rack ‘em and stack ‘em chicken coops, deeply in debt, with no hope of gainful employment, except maybe for low-grade work with the very government that is suppressing us.

It is next month that the United Nations is expected to officially and formally issue their deviant and depraved 2030 Agenda.

But author and columnist Michael Snyder has best summed up the 2030 Agenda: “This new universal agenda is far more dangerous than Agenda 21 ever was, and it is a giant step forward into a one world system governed by bureaucratic control freaks.”