Home World What does the capture of Musa Qala signify about Taliban and Government? 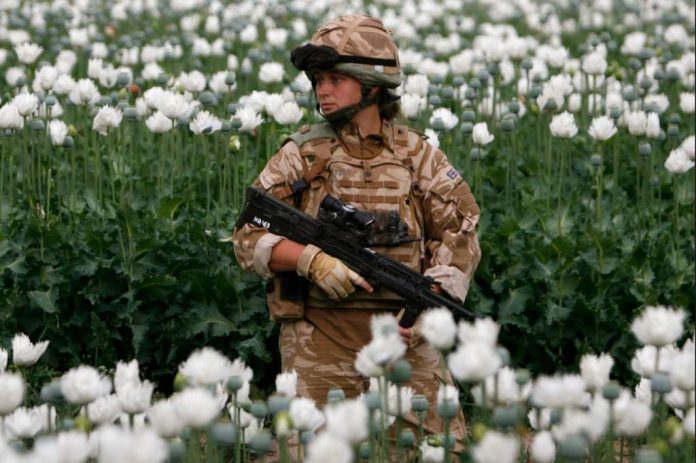 How much the Musa Qala District is important, that became seized by the Taliban?

Musa Qala is a district in the north of Helmand Province. Recently, it is captured by the Taliban; it is a very important district. Musa Qala was a powerful center for Mullah Mohammad Naseem Akhudzada during the Jihad against Soviet Union, and it was also a powerful center for his brothers Mullah Mohammad Rassoul Akhundzada and Mullah Ghaffar Akhudzada.

Mullah Mohammad Naseem was a well-known commander of Islamic Revolution Movement (Harakat-i-Inqilab-i-Islami ) during Jihad; he was originally from Kajaki District, and Musa Qala was selected as his powerful center by him. He, for several times, had harsh fighting with Hizb-e-Islami Party and, after a while, became murdered in Pakistan’s Peshawar City. His family blamed Aburrahman Khan, a member of Hizb-e-Islami Party, who was originally from Kajaki District of Helmand Province, for his murder.

Mullah Abdul Ghaffar Akhundzada was another brother of Mullah Mohammad Naseem that took power after that death of Mullah Mohammad Rassoul, he was Helmand’s Governor, he fought with the Taliban, he left Helmand, took side of Masoud; He also became killed in Pakistan’s Quetta City.

In the beginning of Karzai’s administration, after the Taliban left Helmand, Mullah Mohammad Rassoul Akhund’s son Sher Mohammad Akhundzada became appointed as the governor for Helmand Province. He performed the duty as a governor for some years and eventually became opposed by British forces; Karzai was trying to have Helmand controlled by Mullah Sher Mohammad, however, British did not want him; eventually, British forces told Karzai that they would withdraw their forces from Helmand, if he did not dismiss Mullah Sher Mohammad from Helmand Province. Therefore, Karzai invited Mullah Sher Mohammad to Kabul and appointed him as a Senator in the Senate of Afghanistan. He is still a Senator.

Mullah Amir Mohammad, younger brother of Mullah Sher Mohammad was Musa Qala’s District Governor in the beginning of Karzai’s administration. Some foreign soldiers were killed in an incident there, and the foreigners had doubts about Mullah Amir Akhundzad that he would involve in these killings; therefore, Mullah Amir Mohammad escaped to Nimroz, however, he, then, became cleared as a result of Karzai’s efforts in this matter.

Mullah Amir Mohammad became appointed as a provincial governor of Uruzgan and then of Nimroz.

At the beginning of President Karzai’s first term, it, along with British, was planned to divide Helmand in two parts, North and South Helmand, the Provincial Center for North Helmand was going to be Musa Qala. The authority of new separated (North) Helmand was supposed to be given to Ex-Taliban Member Mullah Abdul Salam that was previously surrendered to the government, however, Helmand did not became divided due to several reasons. Mullah Abdul Salam became District Governor of Musa Qala; meanwhile, he became under heavy attacks of the Taliban, the Taliban killed his family members some years ago, also. Mullah Abdul Salam became so disappointed, left Musa Qala and is living in Kabul, now.

A lot of British soldiers lost their lives in aim to protect Musa Qala from the Taliban. The British forces entered Musa Qala in the middle of 2006, they had heavy fighting with the Taliban; however, they, due to heavy and harsh attacks of the Taliban,  handed over control of Musa Qala back to the Afghan security forces on October 17, 2006. The Taliban brought Musa Qala under their control on February 2, 2007.

NATO, ISAF and the Afghan security forces launched an operation in Musa Qala against the Taliban on 7 December 2007. After three days of intense fighting, the Taliban retreated into the mountains on 10 December. Musa Qala was officially reported captured on 12 December, with Afghan Army troops pushing into the town center.

The Siege of Musa Qala took place between July 17 and September 12, 2006 in Afghanistan’s Helmand Province. A number of British troops and Afghan security forces were besieged by the Taliban inside the District center of Musa Qala. Following plenty of causalities, British troops returned to Boston Base in Helmand as a result of the Musa Qala Agreement made with the Taliban on October 13, 2006.

On June, 2015, reports on the Taliban aggression and fighting near to the Musa Qala District were given. On June 13, reports on killing 17 Afghan police officers and wounding two others by the Taliban were given, also.

On July 17th, the Telegraph reported that Afghan town bathed in British blood once more at Taliban’s mercy.

On August 25, it was confirmed that NATO had bombarded the Taliban in order to prevent the fall of Musa Qala District.

Musa Qala was under siege from several days, NATO had bombarding; however, the Afghan government could not protect Musa Qala.

On August 26, 2015, the Afghan government confirmed that Musa Qala is not in their control anymore; meanwhile, the Taliban declared that Musa Qala was fully occupied by them and they had recovered some military equipment, also.

If the Taliban strengthen this rifle pit, the entire Northern Helmand would be under threat of the Taliban including Kajaki, Sangin and Washir districts.

Taliban have had control of Baghran and Nawzad districts; Uruzgan could be threatened through this way and going to Northern Province “Ghor” would become easier through this way, also.

It is thought, this time, capturing the Musa Qala district by the Taliban is considered as their biggest military achievement in past 14 years, and if they were able to protect it, it would be counted as one of the Taliban’s biggest progress and achievements.