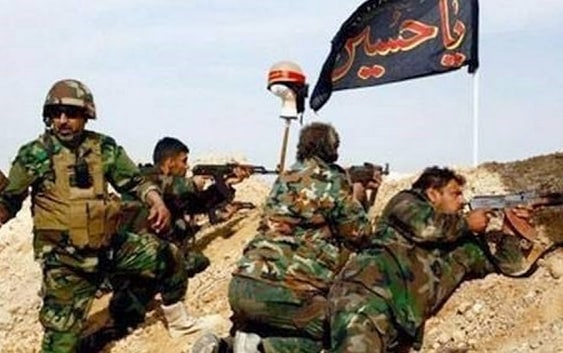 ERBIL, Kurdistan Region — Reports of tension between US forces and the Shiite militias known as the Hashd al-Shaabi, or Popular Mobilization Forces, escalated Saturday with some saying the dispute is stalling the war against the Islamic State.

Karim Nury, Hashd al-Shaabi deputy spokesman, on Saturday denied claims that the US government forced the Shiite fighters to retreat from Anbar province.

“Retreat from Anbar means a collapse and handing over the province to the ISIS militants,” Nury said. “American soldiers don’t have the ability to control even a hand’s width of Iraqi soil without the help of Iraqi tribes. The experience with Al-Qaeda proves this claim.”

Also Saturday, Khalid Fahdawi, an Iraqi federal police officer in Anbar, told Rudaw that tensions between US forces and Hashd al-Shaabi east of the ISIS-held city of Ramadi had resulted in an exchange of hostile gestures.

Fahdawi said Shiite militants attempted to target US aerial drones and American troops had, in turn, threatened to target Hashd al-Shaabi fighters. These claims could not be confirmed by Rudaw.

“The tension between the Americans and the Hashd al-Shaabi has crippled the military operation to liberate Ramadi,” Fahdawi said.

The Hashd al-Shaabi rose up last year at a call from Ayatollah Ali al-Sistani, the highest Shiite cleric in Iraq, when ISIS fighters overran much of country’s western territory.

The Shiite militias, some of which have poen ties to Iran, took the lead in the liberation of Tikrit earlier this year leading to subsequent allegations the fighters marginalized Sunni residents of the area.