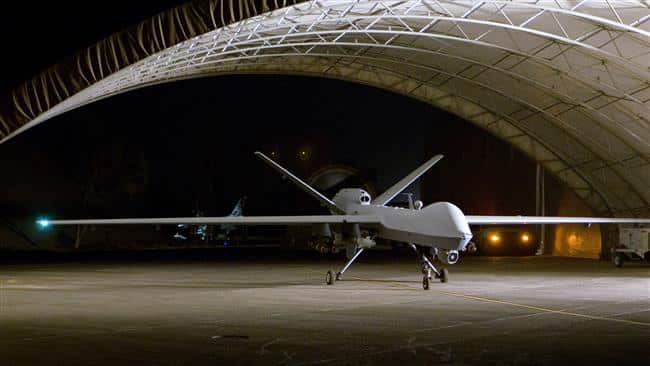 [ Editor’s Note: We are getting a peek into evolving and competing anti-terrorism operations and jurisdictions in the counter-IS effort, made even more bizarre by the established record of having used IS as a major “war on the cheap” destabilization tool.

When the confirmation of these long time allegations came with the recently-released DIA internal report that this IS evolution was “encouraged and watched”, despite written warnings that it could grow out of control, the “conspiracy” smearing on critics of their involvement stopped.

The reports so far claim JSOC is running this whole Syria operation with the CIA sticking to its already established armed drone operations in places like Pakistan and Afghanistan. This claim has to be moderated with the history of extensive CIA operations in Jordan for years now.

The military has been feared by many over having its role in drone attacks expanded due to what will politely be described as trigger happiness, but that has to be viewed in the context of the CIA attacks having killed many civilians, as the Jihadi leadership targets are always hosted and located in civilian areas.

Are we seeing the elimination of “rogue IS elements” who are not following the chain-of-command restrictions of their Western and Gulf State handlers?

Or are these rogue elements working for the shadow government elements, which have been heavily involved in the Syrian terror war, with the rogues being used as a screen for deniable Pentagon operations? We will continue to watch this closely… Jim W. Dean ]

The CIA and US Special Forces have launched a secret drone campaign in Syria to target senior operatives of the Daesh (ISIL) terrorist group, according to a report. The clandestine operation is part of a targeted killing program that is run separately from the broader US military campaign against the terrorists, The Washington Post reports.

The Central Intelligence Agency and the US Joint Special Operations Command are both flying armed drones over Syria, killing several “high-value” operatives in recent weeks, including a British militant believed to be an architect of the group’s cyber activities, officials told The Post.

“These people are being identified and targeted through a separate effort,” said a senior US official with knowledge of the operation, referring to the 21-year-old British militant, Junaid Hussain, and others killed in recent weeks.

The covert program is launched a year after President Barack Obama authorized an open-ended campaign of airstrikes to “degrade and ultimately destroy” the brutal militancy in Iraq and Syria.

It represents a significant expansion of the CIA’s involvement in the war in Syria, where the Daesh terrorists continue to control large swathes of land despite more than 2,400 airstrikes over the past year.

Obama’s decision to enlist the CIA and special operations forces reflects a growing frustration within the US counterterrorism community that conventional airstrikes have so far failed to degrade Daesh.

The program also complicates Obama’s goal of gradually shifting US drone operations from the CIA to the Defense Department and returning the nation’s spy agency to the role of more traditional espionage.

US officials said the National Security Agency (NSA) has also been tasked with penetrating the communications networks of the Daesh group, which has relied heavily on social media to spread propaganda and attract recruits.