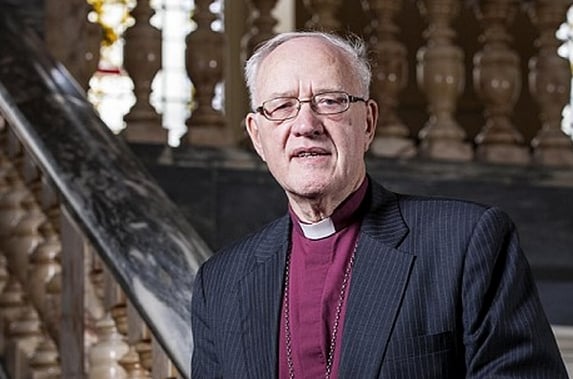 Britain may join US air strikes in Syria Photo: Alamy

Britain should “crush” Isil by taking part in military action in Syria, a former Archbishop of Canterbury suggests today amid mounting calls for further air strikes.

In an article for The Telegraph, Lord Carey says that it is “not enough” to send aid to Syria and admit thousands of refugees to this country.

He argues that Isil needs to be dealt with “for once and for all” and that “air strikes and other British military assistance” may be needed in Syria.

He also says Britain should be prioritising Christian refugees who are victims of “ethnic cleansing” and have been crucified, beheaded, raped, and subjected to forced conversion by Isil. 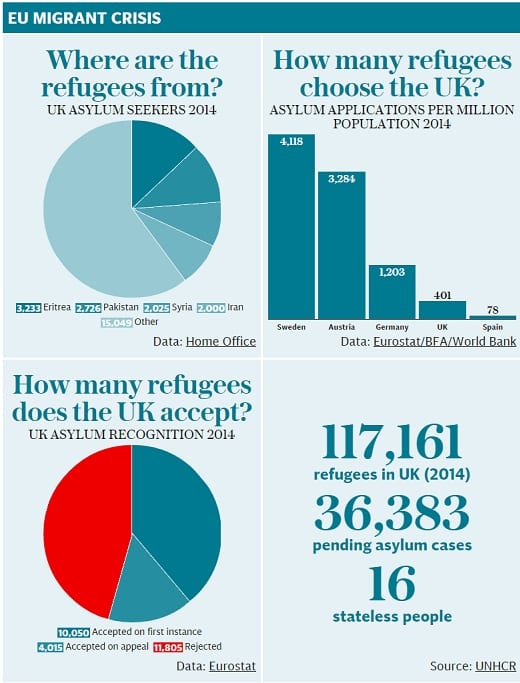 The comments from one of Britain’s most senior religious figures are likely to be welcomed by David Cameron, who has suggested that military intervention is required to solve the Syrian crisis.

He is known to favour voting on the issue after the Commons returns on Monday, but will wait until after Labour’s leadership elections to try and secure a “genuine consensus” in the Commons.

• Removing Assad is not the solution to the Syria crisis, senior Tory says

George Osborne, the Chancellor, said on Saturday that the Syrian crisis needs to be dealt with “at source” in Syria by taking on the “evil” Assad regime and Isil.

In a hint that the government is preparing for military action, he said that the failure to adopt a “comprehensive plan” for a “more stable, peaceful Syria” will simply “let that crisis fester”.

It came amid reports that Francois Hollande, the French President, is preparing to extend airstrikes against Isil targets from Iraq to Syria. He is expected to make an announcement on Monday.

The decision to extend the bombing campaigns is likely to become even more controversial after Vladimir Putin, the Russian President, confirmed for the first time that he is providing Assad’s regime with “serious” training and support.

He refused to rule out direct military intervention in future amid reports that it has significantly expanded its involvement in recent months.

In Britain there is mounting concern that Jeremy Corbyn, the the hard-left candidate who is expected to win the Labour leadership contest, will block air strikes in Syria.

Lord Carey, the former Archbishop of Canterbury  Photo: ANDREW CROWLEY FOR THE TELEGRAPH

With a slim Commons and up to 30 rebels on the Conservative back-benchers, Mr Cameron would require Labour’s support to get a vote through Parliament.

Lord Carey says in his article: “I do not consider it enough to send aid to refugee camps in the Middle East. Rather, there must be renewed military and diplomatic efforts to crush the twin menaces of Islamic State and al-Qaeda once and for all.

“Make no mistake: this may mean air strikes and other British military assistance to create secure and safe enclaves in Syria.”

The calls were supported by Liam Fox, the former Conservative defence secretary, who said: “The policy of attacking Isis in Iraq but not in Syria is patently absurd which not only makes us less effective militarily but diminishes us in the eyes of other partners in the coalition.

“If we have identified a threat to our national security, we have a duty to deal with it. Handwringing about the tragedy of the refugees is not enough. It is time that action was taken to deal with the root of the problem.”

Ministers were yesterday said to be preparing the ground for a vote on the issue in the Commons after the Labour leadership elections next Saturday.

MPs from all parties will be invited to a series of meetings on Britain’s military action in Iraq, where RAF bombers have taken out Isil leaders and fighters.

However in an article for The Telegraph website Crispin Blunt, the chairman of the Foreign Affairs select committee, said that the government must abandon its demand for President Assad’s removal.

He said that the government must be prepared to find a “political solution that ends violence”, even if it poses a “moral dilemma”.

Mr Cameron is on Monday expected to set out his plans for Britain to take thousands more migrants in the Commons.

He will examine proposals to relax the vulnerable persons relocation scheme, which prioritises Syrian victims of sexual violence and torture, the elderly and disabled. So far only 216 people have come to Britain under the scheme.

Arguing that Christian Syrians should be prioritised, he says they will pose “no challenge to integration” because Britain is a Christian nation with an established Church that is eager to offer support and accommodation to refugees.

He says that by contrast there has been “too much Muslim mass immigration” to Europe, which has resulted in “ghettos” in Muslim communities as people live “parallel lives” to mainstream society. He says that Gulf states should be opening their doors to Syrian Muslims fleeing the conflict.

• The father of Aylan and Galip Kurdi, the Syrian brothers whose drowning highlighted the plight of migrants, told The Sunday Telegraph that he had buried “his own soul” with his children.

• More than 4,000 migrants crossed into Austria after Hungary’s surprise move to take them by bus to the border. A second group of more than 1,000 migrants are set to join them.

• Viktor Orbán, the Hungarian Prime Minister, said he is prepared to deploy the army to the border later this month to stop migrants from travelling through his country.

• Germany said it was expecting 10,000 migrants to cross its borders yesterday as Angela Merkel, the German Chancellor, said her country would put “no limits” on numbers.

• In Hampshire a lorry driver in his 40s was arrested on suspicion of “human trafficking” after ten suspected migrants were found in his vehicle.

• Bob Geldoff’s offer to put up refugees in his two homes was dismissed by the Local Government Association as “pie in the sky”. It said he would be required to put migrants up for years before they were granted asylum.

Philip Tartaglia, the Archbishop of Glasgow, said: “In my view the refugees crisis is a test, not of political shrewdness, but of common humanity. What is happening in the Mediterranean, Calais and other access points is an affront to human dignity.

“The UK should be generous in providing a safe haven for refugees and asylum seekers; Britain’s policy in the Mediterranean of rescue and deposit elsewhere is mean-spirited and unhelpful to the nations who are bearing the brunt of the migrations – especially Italy and Greece.”