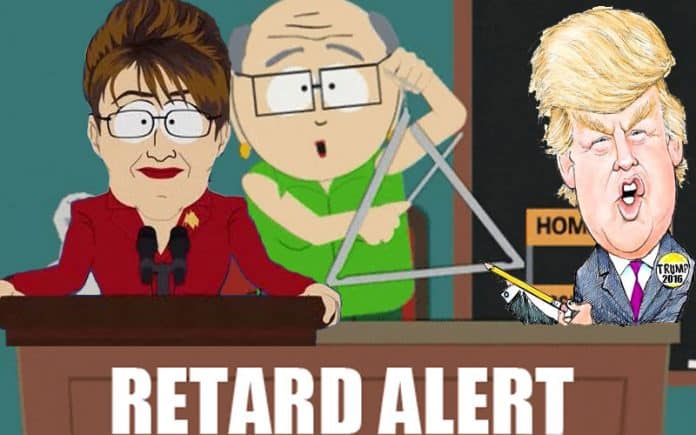 The Donald doesn’t know the difference between Hezbollah and Hamas, no big deal.  But what else doesn’t he know?  To learn about the kind of people America elects to public office, we led off with the Sarah Palin video from CNN this week.  She has had years to learn how to speak “Amerikun” but has never caught on.

Quaffed out like a mid-priced over aged street walker, all hairspray and spray tan, Palin manages, in a few short minutes, to not only murder the English language but to demonstrate her utter lack of any redeeming qualities whatsoever.  Please watch the video.  For those outside the US, typically only the stupidest and lowest caste Americans speak with these inflections, mannerisms and quirks.

This is what we typically call a “redneck.”  Now, of course, I have to apologize to rednecks, who do great barbecue, own really nice guns and great pickup trucks, all things close to my own heart.

Of the many videos showing Palin to be quite a bit smarter than Bush, this is by far the least controversial. These are funny mistakes.  His other mistakes, 8 years of poisonous lies any 2 year old should have caught, no longer matter.  His brother John, who calls himself “Jeb” in order to sound human, is a much better liar and may have gotten the brains in the family, though there has never been much to share among the inbred Bush crowd.

As with Trump, another spoiled rich kid who never accomplished anything on his own (Trump has a brain trust he calls his “Jewish partners” that have carried him all his life), we can’t expect him to know much about politics or world affairs. 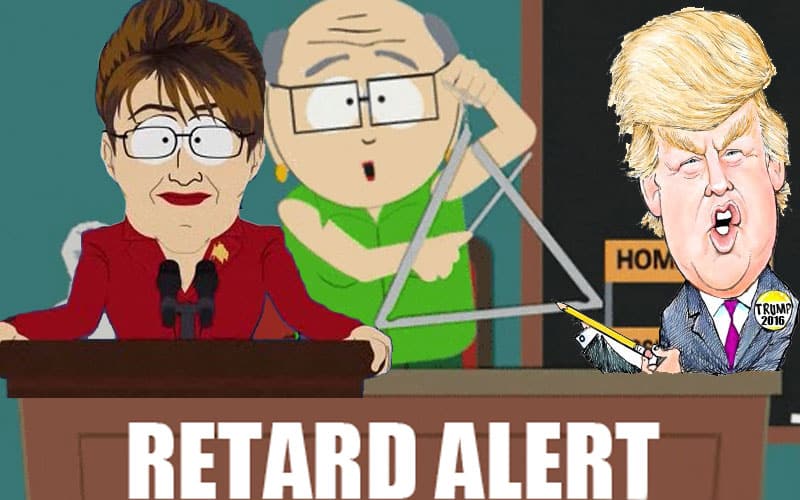 He does remember his talking points and is very good at getting into arguments with tame sockpuppet bimbo journalists.  I wonder why he hasn’t had his security staff simply slap them around?

They must have been a great help in junior high school though I seriously doubt Trump ever went to a real school.  He sounds like an “academy kid” who would have worn a tie and blazer though “gang style” with one pant leg pulled up and the tie pulled down and to one side, “Krip style.”

He isn’t going to get over this one, small though it is.

It is one thing for Kerry to be burned by the Israeli press, quite something else when he contacts the Greek government and threatens them that if they don’t deny Russia use of their airspace for Syrian refugee aid, “Greece will be in ‘Big Trouble.'”