Home Life Pooyay to you too! 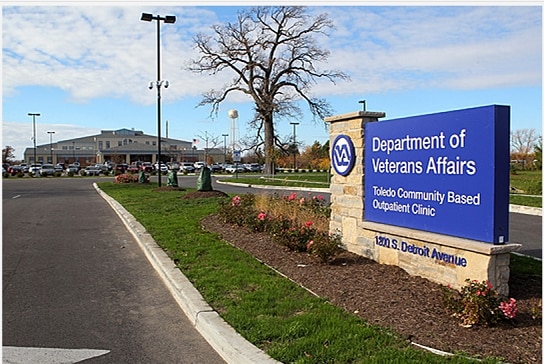 I am a totally disabled veteran of the Vietnam War.  This qualifies me for a special level of abuse at the medical facilities of the Department of Veterans Affairs medical centers.  Let us begin by saying there are great employees there, dentists, doctors, even nurses.  There are monsters in those waters as well, no shortage of them and more every day.

Let’s begin by my own experience this morning.  I was calling for an appointment.  I dread doing that.  Going to the VA for health care is a process filled with administrative idiocy, abuse dished out while concentration guard employees keep their hands on their guns, that and often horrific quality medical care from unlicensed professionals the VA shuffles around the country.

Just calling for an appointment can be an experience.  I dialed 419 259 2000, chose prompt 2 and got into queue.  Every minute I was reminded to reenter the queue or have my call disconnected.  After may 7 or 8 minutes the phone was answered.  I listened carefully, it was a female voice talking on a cheap headset;

What could I assume?  This was obviously a non-English speaker who may have been attempting to say “Toledo VA.”

I asked her to repeat, at which time she screamed, “Pooooyaaaaay!”  Then she hung up the phone.

What could one assume from this?  Had the facility been taken over by subhuman monstrosities bent on destruction of any that came within their grasp?  But this had happened long ago.

I called back again.  It had been one year since my last appointment and 20 years since my last physical exam.  A year ago, my primary care physician had a number of things he wanted to look into and now, a year later this seemed to be the time.

So, I left a number and was called back promptly.  I mentioned that I wanted an appointment, which was very much due, with my primary care physician.  I was asked if I needed medications and I said “yes.”  I was told I could simply be sent to the pharmacy to have my medications extended for another year without seeing a doctor at all.

After insisting over and over, very politely, I have an appointment in October, better than the 310,000 vets who died waiting for an appointment but then again, will I be around in October or join the list?

Were a trained professional to have screened the call, I might have been seen much sooner given the circumstances.

Then again, a year ago, when calling for an appointment I was told to sign up for Obama care, pay a couple of hundred dollars a month and not seek medical care which they told me, this is the VA speaking, is “not fit for a dog.”  Actually my dog gets wonderful medical care and can have a same day appointment at any time.

Of course, this person didn’t have my medical records and was simply speaking out of rote as though this were a telemarketer peddling aluminium siding appointments.  No trained medical professional would attempt to push someone in need of followup care into receiving medications likely no longer applicable.

This is a process, obnoxious phone prompts, hanging up the phone and then attempting to push sick vets into not seeing doctors but rather having pharmacists do medical exams and tests if that is what they were really going to do.

In actuality, there would be no exams and tests, no anything, just sick vets going another year without an appointment, something not so advisable over age 65.

Then again, I have been on a waiting list for knee surgery for over 15 years.  I was given a knee brace and offered pain pills.  No, it isn’t my knee that hurts but I need pain pills to help with the damage caused by wearing the knee brace.

I could talk about dental care.  Some procedures have to be authorized by a committee in Ann Arbor.  I have been waiting 4 years for them to meet.  In the interim, with fully covered dental at the VA, I have spent $14,000 on private care for procedures not covered at the VA.

You see they do fillings and extractions mostly, other things require 4 or more years.

Then again, Robert Rosebrock and Bob Walsh send me VA horror stories every day.  Perhaps I should be thankful.