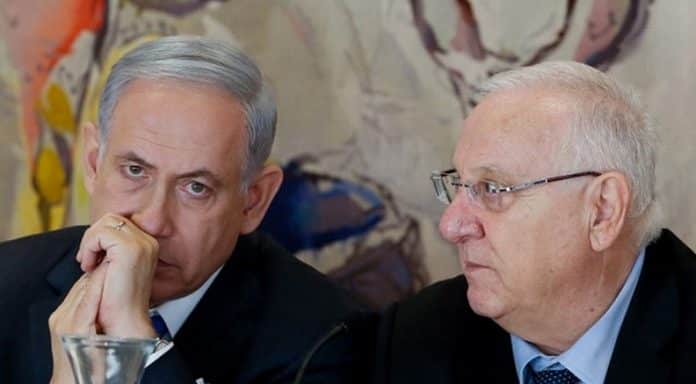 The relations between the two have been strained since Rivlin openly criticized Netanyahu for his combative stance toward US President Barack Obama.

Their last meeting took place July 17. Till then, the two had met at least once each month since Rivlin’s election last year.

He indicated the disagreements over Netanyahu’s foreign policy were the cause of the disconnect.

“We’ve said everything that can be said on this issue, and until the question is off the agenda we probably don’t have to meet, because each of us is busy with the same issues,” he said.

There was no immediate response from Netanyahu, who was en route to London Wednesday morning for a state visit.

He reiterated the criticism in the Wednesday interview in a reference to Netanyahu’s March speech to the US Congress on the Iran nuclear deal.

“There’s no doubt we’d be very angry if the American president had come to the Knesset and argued against the government of Israel. We’d ask why we were hosting a guest who preaches for or calls to support one position or another in our [political] system,” he told Army Radio.

There is a long history of enmity between the two longtime Likud politicians. Netanyahu torpedoed Rivlin’s reelection as Knesset speaker in 2013 and worked to prevent Rivlin’s election as president last year, while Rivlin was not shy about criticizing Netanyahu and other cabinet ministers during his term as speaker.