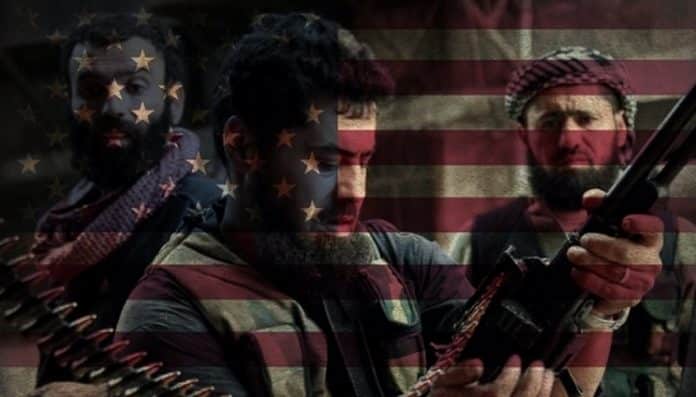 TEHRAN (FNA)- Former Iraqi Transport Minister Salam al-Maliki underlined that Washington is on the same side with the ISIL, and urged his country’s popular forces to expedite uprooting the terrorists in Al-Anbar province.

“There are compelling evidence which prove that the US has supplied the ISIL with weapons and intelligence,” Al-Maliki told FNA on Wednesday.

He noted that the recent statements of the US officials indicate that they are willing to prolong the battle for winning back Anbar province.

Al-Maliki, however, said that the Iraqi forces are preparing for fresh operations in Fallujah and Ramadi in Anbar province.

Last month, a senior Iraqi intelligence official revealed that the US helicopters drop weapons and other aids for the ISIL terrorists in the Western province of al-Anbar.

“The fighters present at the forefront of fighting against the ISIL always see US helicopters flying over the ISIL-controlled areas and dropping weapons and urgent aids for them,” the official who called for anonymity told FNA.

Yet, he said the helicopters could have also been sent from Turkey or Israel.

He added that in addition to dropping aids, the helicopters transfer the ISIL ringleaders and wounded members from the battleground to some hospitals in Syria or other countries which support the terrorist group.

The official cautioned that such assistance further prolongs the conflicts in Anbar, adding that when the Iraqi army and popular forces purge the terrorists from Anbar province, the US helicopters will transfer the ISIL ringleaders to other regions to prevent the Iraqi forces’ access to ISIL secrets.

Scores of Iraqi soldiers were killed by the ISIL in two deadly ambushes in Anbar province on Friday.

The restive region has long been a flashpoint of fighting, where the terrorists are largely in control.

Forces stationed in the province continue to be on alert, and were instructed in a visit by Defense Minister Khalid al-Obaidi to proceed with “caution and precision,” so as to avoid “unjustified losses.”

In a relevant development in March, a group of Iraqi popular forces known as Al-Hashd Al-Shaabi shot down the US Army helicopter that was carrying weapons for the ISIL in the Western parts of Al-Baqdadi region in Al-Anbar province.

Also in February, a senior lawmaker disclosed that Iraq’s army had shot down two British planes as they were carrying weapons for the ISIL terrorists in Al-Anbar province.