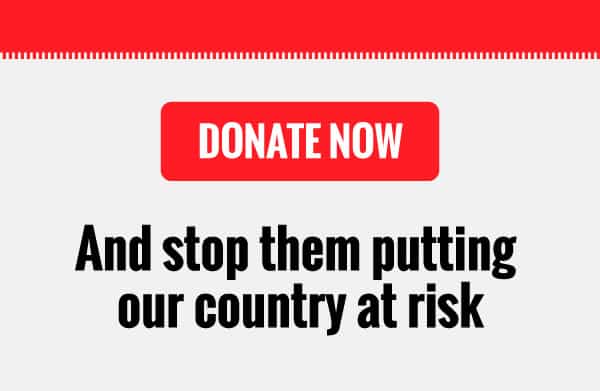 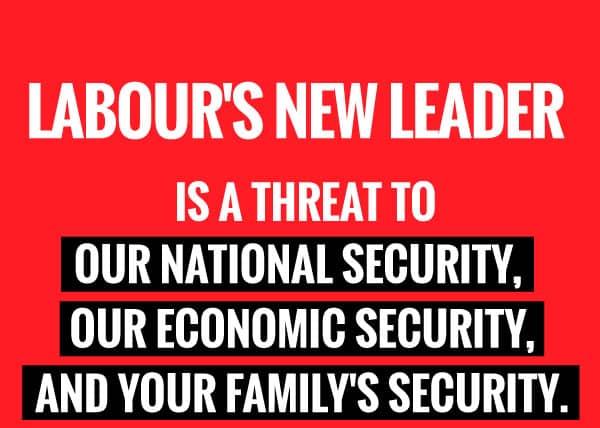 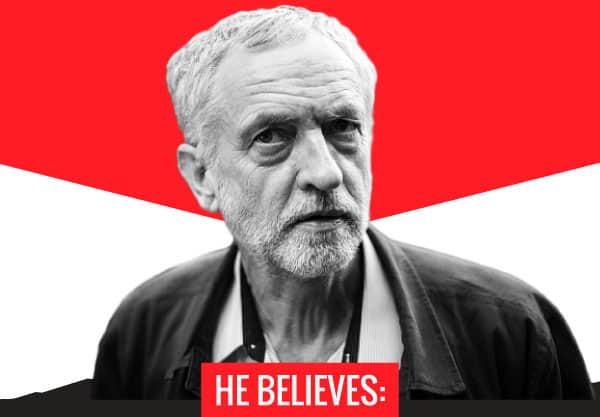 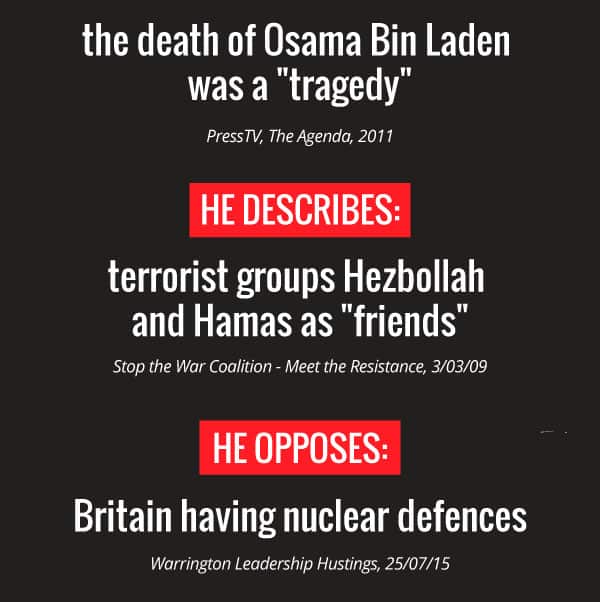 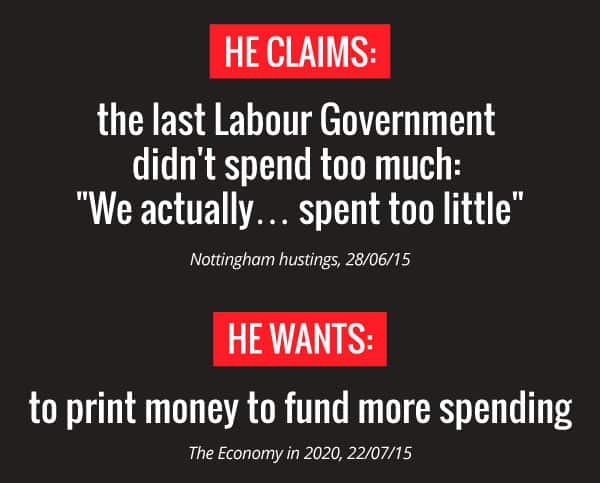 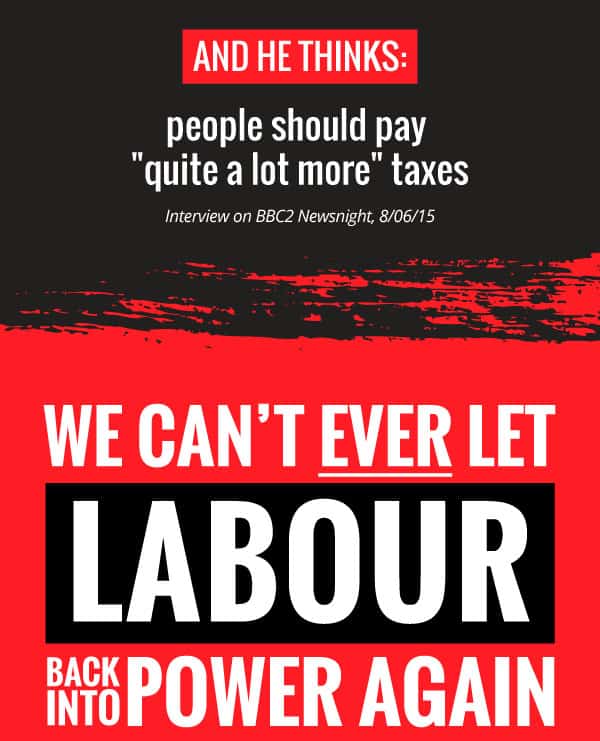 As expected, the Tory Dirty Tricks Department were ready and waiting to put the boot in. No sooner had news of Jeremy Corbyn’s amazing leadership victory, with nearly 60% of first-choice votes, trickled through than Conservative Central Office began emailing all and sundry with their ludicrous smears.

Corbyn is a serious threat to all the cosy privileges and advantages they hold dear. Michael Fallon, Secretary of State for Defence, led the charge. He declared: “Labour are now a serious risk to our nation’s security, our economy’s security and your family’s security.

“Whether it’s weakening our defences, raising taxes on jobs and earnings, racking up more debt and welfare or driving up the cost of living by printing money – Jeremy Corbyn’s Labour Party will hurt working people.”

Outside of politics Fallon was CEO of a chain of childrens’ nurseries, so he obviously knows all there is to know about national security and the awful realities of war.

Fallon has already cast himself as an idiot lacking in manners. A few months ago, during the general election campaign, he wrote in The Times (referring to Ed Miliband’s opposition to Trident and claiming he would trade Britain’s national security in a deal with the SNP to get his hands on the keys to Downing Street): “Ed Miliband stabbed his own brother in the back to become Labour leader. Now he is willing to stab the United Kingdom in the back to become prime minister.” This nasty ad hominem attack brought criticism from all sides for demeaning himself and his office.

Among the Tories’ dafter accusations is the old chestnut that Corbyn is a threat to national security because he describes terrorist groups Hezbollah and Hamas as “friends”.

Since the political wings of Hezbollah and Hamas are not proscribed in the UK, it ought to be possible to welcome them and have a civilised conversation even in Cameron’s warped Britain. Those organizations were set up to resist armed aggression by Israel, a state founded on terror, brutal dispossession and ethnic cleansing – policies it practises to this day. In spite of Israel’s continuing war crimes David Cameron and most of the parliamentary Conservative Party are signed-up Friends of Israel. What’s even more worrying, they repeatedly proclaim undying loyalty and support (including arms supplies) for this rogue foreign power and its crazed leaders, not to mention their nuclear arsenal which they refuse to place under international safeguards.

So who is the real threat to national security? This is an open goal for Labour if it can find the courage under Corbyn’s leadership to expose the Tories’ breathtaking hypocrisy and the shameful influence they have placed themselves under. Ending the paralysis that perpetuates Israel’s exceptionalism and impunity. is long overdue and there are high hopes that Corbyn, who is a patron of the Palestine Solidarity Campaign, vice-chair of CND and national chairman of the Stop the War Coalition, will eventually break Britain out of the cycle of servitude to US neo-con and Zionist diktats.

I watched Michael Gove, Secretary of State for Justice, being interviewed on TV this morning. He claimed that Corbyn’s “friends” (referring to Hamas and Hezbollah) didn’t want peace. He would say that, wouldn’t he? According to Wiki, the Financial Times describes Gove as having “strong neoconservative convictions”. He proposed that the invasion of Iraq would bring peace and democracy both to Iraq and the wider Middle East, and in 2008 claimed that the liberation of Iraq was a foreign policy success. The Jewish Chronicle reported Gove telling 700 supporters at a Jewish fund-raising dinner: “I’m proud to be a friend of Israel…. I was born, will live and die proud to be a Zionist.” So Gove knows all there is to know about being friends with war criminals who are contemptuous of peace.

On the claim that Corbyn regards Bin Laden’s death as “a tragedy”, what he actually said on PressTV was that there had been no attempt to arrest Bin Laden and put him on trial. “This was an assassination attempt, and is yet another tragedy, upon a tragedy, upon a tragedy.” He is not alone in his concern that the US deliberately carried out an extra-judicial execution rather than bring Bin Laden back alive for due process.

Corbyn went on: “The World Trade Centre was a tragedy, the attack on Afghanistan was a tragedy, the war in Iraq was a tragedy. Tens of thousands of people have died. Torture has come back on to the world stage…. Can’t we learn some lessons from this? Are we just going to sink deeper and deeper?”

As for the accusation that he wants to print money to fund more spending, many of Corbyn’s policies have found favour with prominent economists and commentators. The policies of the Tories on the other hand – and especially quantitative easing for the banks – have hardly been a success for the wider economy.

Corbyn’s nearest rival mustered only 19% of the leadership vote so he has sufficient mandate to silence the plotters who previously threatened to stage a coup if he won. “Things can and they will change,” he promised in his acceptance speech. His immediate message to supporters, after becoming leader, was this: “What do you want to ask David Cameron? Tell me now and I will put your questions to him in parliament. My questions will be your questions. Let’s hold this government to account together with straight-talking, honest politics.”