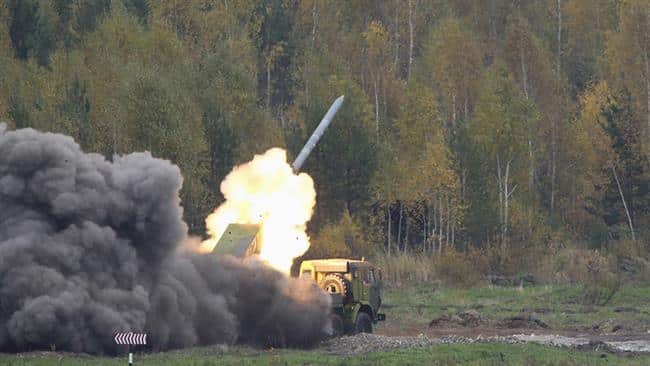 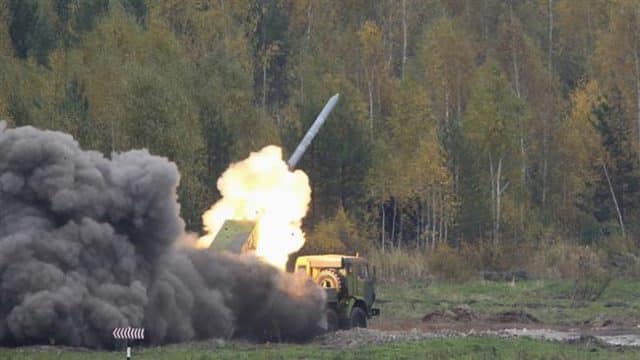 [ Editor’s Note: The Western press will spin this as confirmation of Russia’s imperial aggression, when it is actually just the opposite, with Moscow pouring gas on the afterburners to beef up their border defense.

The next major war will be dominated, after establishing air superiority, by whoever has the quickest battlefield intelligence. Both sides will be deploying electronic warfare, from radar spoofing to EMT weapons to burn enemy radars.

The weapons system you see above can be used by front line defenders who had their central command communications go dead to not only launch drones quickly, but get them over the “area of concern” fast to evaluate any ground threat. Even if it were shot down quickly, the artillery would soon be raining down on the threat.

As I have written before, Russia will have a defense in depth, which would have to include local air superiority and the elimination of any opposing strike forces on its border. The Baltic state bases would have to be eliminated to secure Russia’s northern flank when their forces moved into Ukraine “preemptively” to prevent NATO getting on their Western border.

To save money, the China-Russian team is using an established launcher with production line already in place, and where new and improved drones can be designed to fit inside a standard launcher usable in both countries. This is a strategy of not spending themselves to death to have a good defense.  And of course, an offense beyond its border area would be out of the question… Jim W. Dean ]

Russia and China are developing a new drone that uses a powerful projectile of a multiple launch rocket system for deployment to battlefields as far as 90 kilometers away.

The reconnaissance drone, the first of its kind ever, is being developed by Russian and Chinese engineers at the Splav design bureau and production center in the western Russian city of Tula, some 400 kilometers from the border with Ukraine, RT reported Wednesday.

The unmanned aerial vehicle (UAV) is capable of being delivered within a 300mm MRLS rocket.

“This system makes tactical intelligence really fast, because the UAV is delivered to a desired distance – which could be up to 90km – by a projectile flying with tremendous speed,” the deputy director of Techmash Concern, Dmitry Rytenkov, said at the Russia Arms Expo 2015 in Nizhny Tagil.

The UAV is capable of monitoring an area for 25-30 minutes and transmit real-time data to an operational console, Rytenkov said. It can then launch a precise airstrike on the given target.

It is not clear what part of the drone is being made in China.