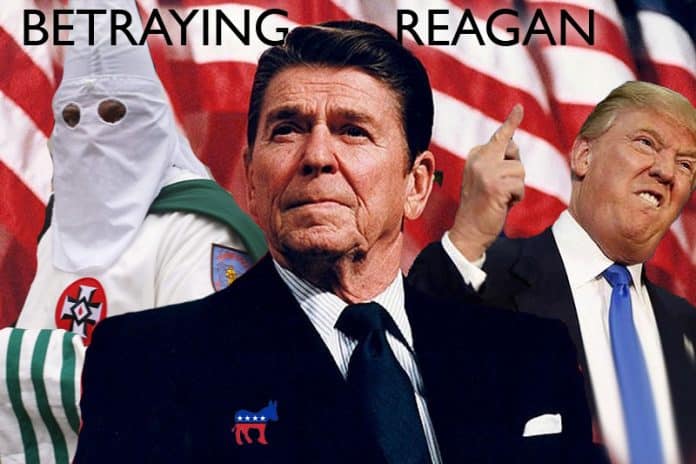 The insider information comes from an alleged leak at Mar-A-Lago; Trump’s new location for his newly acquired RNC headquarters. 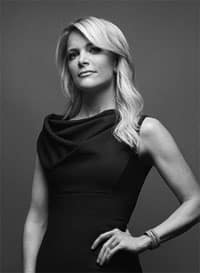 The leaker, who is allegedly intimate with Mr. Trump (no, not one of his wives but a certain foxy lady whose name rhymes with “Deg-gan”), says Reagan put in a call to the new party leader informing him that he was immediately switching to the Democratic Party effective today at 10pm EST.

Earlier today, VT contacted the Democratic Party headquarters for comment. Off the record, they have confirmed the switch. But on the record, they said they will NOT release a statement until Ronald Reagan holds a press conference this week to announce the switch formally.

“We are awaiting President Reagan’s announcement this week from the rose garden at the white house,” said a party insider.

Party insider told VT that the reason for the switch is the slow but now accelerated turn to the extreme right by GOP leaders that are now openly racist and bigoted in character and disposition.  Reagan just could NOT stand with a party that openly advocated against conservative values rendering his vision of that shining city on the hill a disgusting shanty town filled with a plague that stains the American character.

While this sad decline for the GOP has been building up to a crescendo for Reagan over the past year, the final straw came in the form and lack of moral character that is the farce known as Spoiled Little Brat Donald Trump.

Yesterday the Con Man Trumpster entertained a question from a citizen that was either drunk or brainwashed by the Orly Taits Anne Coulter College of Idiots and Morons asking the game show host…..

“We got a problem in this country; Muslims! You know our current President is one. You know he’s not even American. But anyway, we have training camps growing where they want to kill us. That’s my question”

The Trump response was cavalier to the point where Reagan could NOT take it anymore “Deg-gan the Leaker” said by phone.

“Deg-gan” the Foxy Lady Leaker said that Reagan is appalled by the GOP because it is one thing to disagree with our President’s policies but its another to openly encourage mutiny using the ugly tools of bigotry and racism.

He further said that by NOT pushing back against this clearly lost extremist citizen, he, in fact, delivered the GOP the death blow that already lost the 50 million Hispanic Americans, the 45 million African Americans, and now 8 million strong Muslim American vote to the point where since there are only 62% white people with only 25% of that group hooked into the brainwashing machine, well, it’s the GOP that is now in the extreme minority that will lose both the Presidency and both houses of Congress.

And that’s just the political consequences.

Morally, Reagan just could NOT take the overly racist nonsense that is tarnishing his 80s legacy that dominated American values for so long.   So instead, he’s joining the Democrats to protest the betrayal.

Of course, this exchange by the boring stinking narcissist GOP party leader Donald Trump demonstrates what has long been brewing at offices of the GOP, FOX News and in the bowels of the Rush Limbaughs’ lair in that they have purposely decided to drop the long-standing conservative values of Ronald Reagan and his vision of that shining city on the hill.

Instead, the GOP has decided to replace his statue with the head of Satan aligning themselves with the worst tenants of humanity espoused by the discredited Nazis, KKK, Taliban, Skinheads, National Socialist Movement, Jewish Defense League, ISIS, and the Aryan Brotherhood.

It is with this sad change of direction that  former U.S. President Ronald Reagan is formally renouncing his membership is this sad party that is now known as America’s Openly Racist Bigoted Party (AORBP),

*** For those that can’t figure it out, this piece is satire.  Ronald Reagan passed away over 11 years ago and thus cannot actually communicate with the GOP or Democratic Party.  Just sayin’