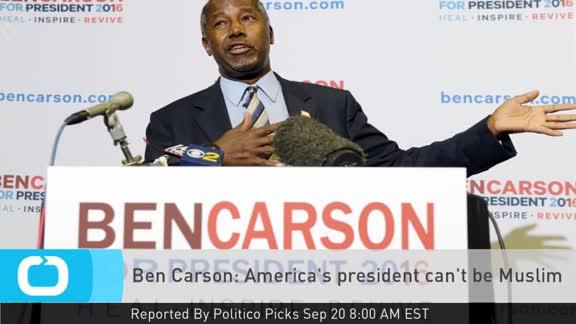 The many thousands of of Muslim veterans who have served, or who still serve, in America’s armed forces are not happy with Ben Carson’s assertion that Muslims can’t be President.

Patriotic Muslim American veterans like M.D. Alam of the American Muslim Political Action Committee (AMPAC) are working hard to convince Muslims to run for office, vote, and generally participate actively in what passes for American democracy.  They don’t appreciate being deemed second class citizens by the likes of Carson.

M.D. Alam, USMC vet Mohammed Abdullah, Mark Perkins, and other courageous Muslim-American veterans have also put their reputations and perhaps their lives on the line by calling for 9/11 truth and justice – the only possible route to restoring the Constitution of the United States of America. Carson, who is running with the party whose leaders did 9/11, and who seems content with the sham democracy that rose out of the smoking rubble of the Twin Towers and WTC-7, is either a traitor or a fool…quite likely both.

Below is an open letter from Mahmoud El-Yousseph, a USAF veteran, to Ben Carson.

Pardon me Dr. Carson, Why are Muslims unfit to be a President of the US?

Last time I checked, Thomas Jefferson specifically included Islam when arguing for freedom of religion, as he referred to the term: “Mohammadans”. For your information, Muslims were even among the crews of the Nina, Pinta and Santa Maria when they arrived at America’s shores. As a retired veteran, I do know it is an undisputable fact that Muslim Americans have played a vital role in the safety and welfare of our nation. They have served in every conflict and war since the Revolutionary War.

You said in your new book, ” I believe a difference starts with understanding our amazing founding document, the US Constitution.”
However, the Constitution specifies there shall be no religious test for public office. Even my 12 year old son knows that the Constitutional requirements to be president are:

You confound me even more when you say, “If I were in Trump’s position, I would have corrected the person who asserted that Obama is a Muslim.” But you ignored the fact that the same man in the audience in the New Hampshire town hall meeting also suggested we should get rid of Muslims in America.

I’m sure you are a good doctor who performed brain surgery thousands of times, but you were wrong on both counts about Islam and our Constitution. You were at least consistent in your ignorance.

An apology to America’s Muslims is in order and I call upon you to step down.