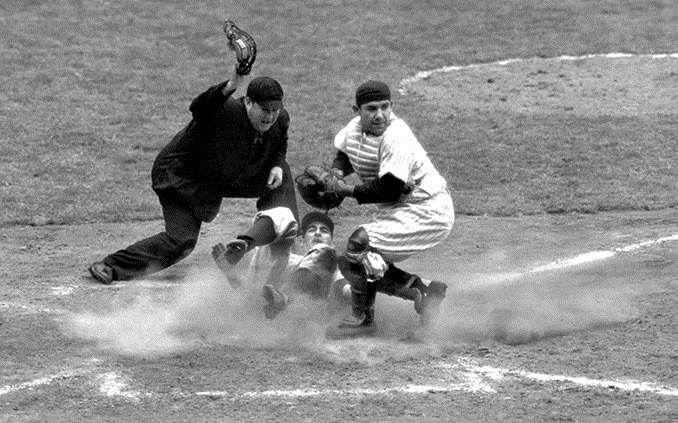 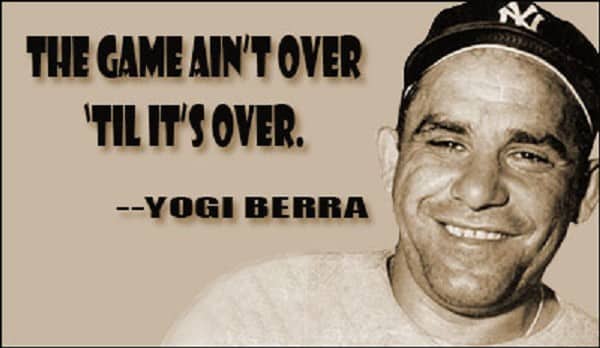 Since I grew up in Boston, in the 1940’s and 1950’s as a firm Yankee hater and a rabid Red Sox fan ~ Yogi Berra was always the enemy along with Joe DiMaggio, Whitey Ford and countless other Yankee greats that broke my young heart every baseball season ~ but Yogi was in a class by himself. In some strange way, I felt Yogi did not belong in lofty Yankee pin stripes and his gentle soul and humanness, as revealed by his classic truisms, endeared him to both myself and millions of fans as one of the greatest Yankees and most beloved icons in the game of baseball: Allen L Roland, PhD

Yogi still holds Series records for games played, plate appearances, hits and doubles. No other player has been a champion so often. In this Oct. 6, 1950, photograph, Philadelphia Phillies shortstop Granny Hamner was tagged out at the plate by Berra as he tried to score from third in the ninth inning of Game 3 of the World Series at Yankee Stadium. The umpire is Dusty Boggess.

You should always go to other people’s funerals; otherwise they won’t come to yours.”

“Baseball is 90% mental, the other half is physical”

“You’ve got to be careful if you don’t know where you’re going, because you might end up someplace else.”

“I never make predictions, especially about the future”

“I want to thank everybody for making this day necessary.”

“Ninety percent of the game is half mental.”

“I can’t think and hit at the same time “

“No matter where you go there you are”  Yogi Berra, When You Come to a Fork in the Road, Take It!: Inspiration and Wisdom from One of Baseball’s Greatest Heroes 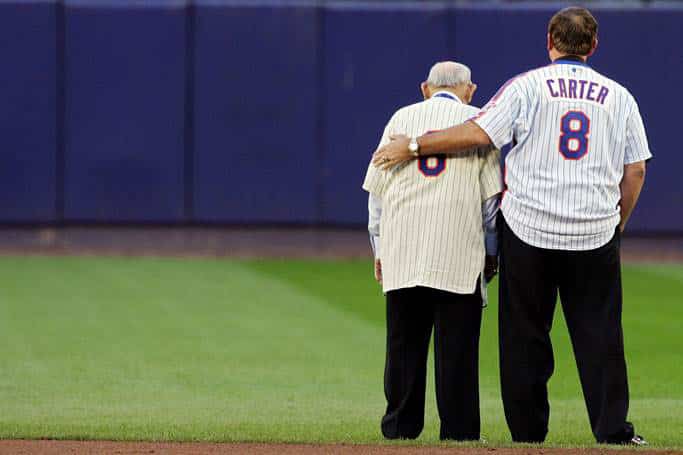 Berra and former Mets catcher Gary Carter during a post-game ceremony after the last regular-season baseball game at Shea Stadium, in 2008

Here’s an incredible must see slide show of Berra’s most memorable moments.

Heart centered spiritual consultant and advisor Allen L Roland can be contacted at  [email protected] Allen is also a lecturer and writer who shares a weekly political and social commentary on his web log and website allenroland.com. He is also featured columnist on Veterans Today and  guest hosts a monthly national radio show TRUTHTALK on www.conscioustalk.net