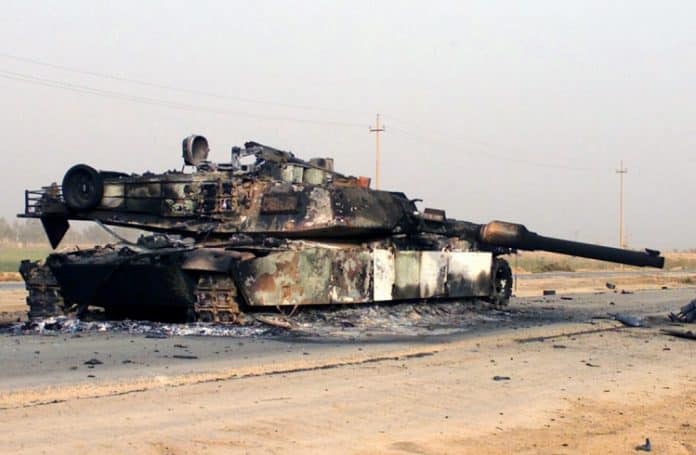 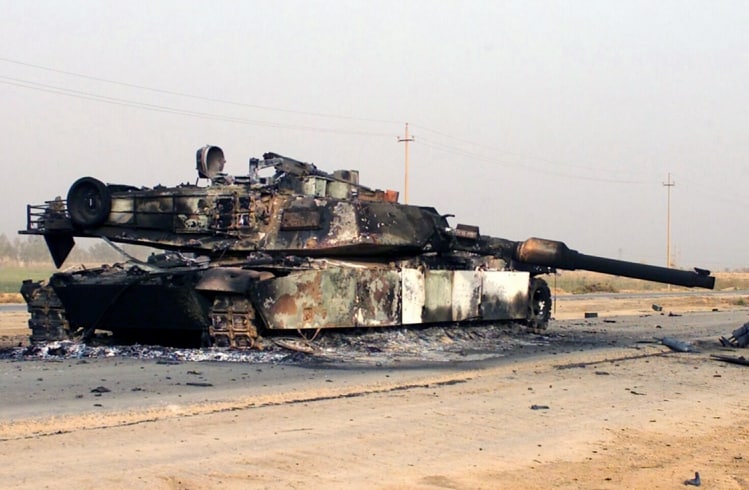 By Sajjad Shaukat for VT

Since the US-led global war on terror prolonged, media analysts started attributing it with the defeat of the United States and its allies, while opining about acceleration of terror-attacks in the volatile countries, financial crisis, American heavy cost of war etc. But, no one talks about future assessments of the Pakistani author, Sajjad Shaukat, made in his book, “US vs Islamic, Invisible Balance of Power: Dangerous Shift in International Relations,” which was published in 2005.

In his research-based book, while taking this new style conflict as an interaction between the “group terrorism” led by Al-Qaeda or Islamic militants and state terrorism by the US, Shaukat points out that Muslim militants have been checking the hegemony of the sole super power.

Giving references of the power-theorists like Machiavelli, Hobbes, Morgenthau and Henry Kissinger, and indicating the 9/11 events and its aftermath, he elaborates that the old power factor or force as suggested by them to the state actors has failed in this different war, as the stateless groups have counterbalanced the power of the US, its major and small allies in another way, who have been facing a stiff resistance.

Citing previous developments and terror-events such as the occupation of Afghanistan and Iraq, guerilla warfare by the Muslim radicals including exchange of firings and suicide attacks there and in various Islamic countries and Philippines, Shaukat has already mentioned that Al-Qaeda has been franchised on global and regional level.

The author remarks that these sub-national fighters have been creating insecurity and building diplomatic pressure which had forced the UN, Spain and Philippines to withdraw from Iraq and the US forces from Saudi Arabia.

He indicated that the states and these stateless warriors could cause a major war in the Middle East and South Asia by manipulating the terrorism phenomena. This actually happened when there was likelihood of war between Pakistan and India, after the Mumbai terror-attacks of 2008. Similarly, war between Lebanon and Israel in 2006, and tension between Syria and Israel is also in accordance with author’s future assessments, as he also predicted that the Islamic radical factions have the power to disturb a regional balance in their favour and to give a setback to the peace processes. On the other hand, state actors like Israel and India also exploited the opportunity to fulfill their selfish interests, and accelerated state terrorism in the occupied territories of the Palestine and Kashmir.

Besides a number of terror-attacks and attempts by the militants such as a series of bomb attacks on London’s transport network in 2005, and plane plot in UK in 2006 with liquid bombs, and defeat of Israel in the 2006 war by the Lebanon-based entity-Hezbollah are in consonance with author’s future observations.

In the book, Shaukat has discussed every development on parallel lines. He said that like the Al-Qaeda’s brutal tactics, sovereign countries have also been employing state terrorism by special military operations, extra-judicial assassinations and heavy aerial bombardment, which killed several innocent persons especially in Iraq and Afghanistan. He has also described Guantanamo Bay, Iraq’s Abu Ghraib prison, CIA torture cells where US secret agencies and military personnel employed various methods of torture on the militants and suspected persons like physical violence and even murder.

He already wrote that the US had planned to spark a civil war between Sunnis and Shias. In this respect, he pointed to a report of the Rand Corporation, which was prepared on behalf of the then US Deputy Chief of Staff for Air Force. The report advocated that Sunni-Shia, Arab-non-Arab sectarian and ethnic divides should be exploited to promote the US objectives in the Muslim World.

The report was first implemented in Iraq in 2004 where a chain of Shia-Sunni clashes started. After that experiment, more deadly pattern of sectarian violence was conducted in Pakistan, which still continues. Now, terror-attacks on sectarian lines could also be noted in case of Saudi Arabia and Yemen.

Notably, in March, 2013, an investigative report by the British Guardian/BBC revealed that acting under the direction of the top US officials; the CIA utilized a global network of secret prisons, foreign intelligence agents and torture centers in various Islamic countries including Belgium, Thailand etc. where torture was conducted directly by American intelligence operatives. In this connection, the report also mentioned Bagram and Guantanamo. The report also links US high officials to atrocities carried out by Iraqi police and forces in Iraq—unleashed a deadly sectarian militia which terrorized the Sunni community and germinated a civil war, and claimed tens of thousands of lives. However, the report endorsed author’s assessment that the US and its allies have also employed invisible strategy of state terrorism.

Shaukat reminded that after the 9/11, without bothering for the public backlash and instability, the US applied coercive diplomacy on Pakistan and other Islamic countries which joined Bush anti-terrorism war. In this context, he predicted that US power-based strategy would radicalize the related-Muslim countries, resulting into more recruitment of suicide bombers—and it is also due to political and economic injustices of the US-led unequal world status quo that Al-Qaeda’s Jihadists manipulate the same by misinterpreting Jihad, and “if they or their commanders die, there are others to follow.”

The author also gave valuable suggestions to America and its western allies, which included solution of Palestinian and Kashmir issues, withdrawal of forces from Afghanistan, reforming of the UNO by giving importance to the General Assembly equally with the Security Council, redressing the grievances of the Third World, especially those of the Islamic countries. He also emphasized stability in Afghanistan, Pakistan and the Middle East, which are necessary for American regional and global interests.

Shaukat predicted that in case of a protracted war with the militants, the US bargaining leverage would reduce on small countries. It happens so, as North Korea, Venezuela, Iran, Pakistan, Uzbekistan, Cuba and Turkey have rejected American undue pressure on a number of issues and matters. Besides, Russia and China have stood together to cope with the US-dominated world order, and now, strongly favour a multi-polar world. America’s decision not to attack Syria in 2013 due to Moscow’s stand, and Russian control of Crimea might be cited as example. He has said that the militants have been creating political and economic instability in the world so as to harm the interests of the developed nations, while being the largest economy; the America will especially face the dire consequences.

He forecast that if US new style conflict with the Muslim factions continued, it would assume a dangerous turn in the near future. This war would prolong and America would have to attack a number of Muslim countries, while US cost of war would also increase. But, instead of rectifying America’s external policy of Bush-era, President Obama’s faulty policies such as late decision of exit strategy from Afghanistan, air strikes on Libya, support to Syrian rebels in wake of financial crisis and other-related problems which badly affected American public and which also enveloped other western countries—endorsed Shaukat’s future analysis.

Apart from other assessments, Shaukat also wrote that millions of Muslims are living in the US and Europe. Some of them might have been cooperating with the Islamic extremists. In this context, the twin bombings in the Boston Marathon (USA) which killed three people on April 15, 2013 were carried out by two Chechens who were from Chechnya. Similarly, in a barbaric attack on May 22, 2013, two terrorists killed one British soldier in London with knives. One of the killers was a British citizen of Nigerian origin. Three days after that incident, a French soldier was stabbed in the throat by an unknown terrorist in Paris. French investigations pointed out that these two brutal acts show similarities and connections among the extremist Muslims. Besides some terror-assaults such as at US military facilities in Chattanooga by a Kuwaiti citizen Abdulazeez, on July 16, 2015 are noteworthy. While Islamic State (ISIL) claimed responsibility for these terror activities. Nevertheless, all these terror-events verified author’s future observations. In this connection, Shaukat has used the term of “intermixing of races” for the western multicultural societies and said that in America and Europe, it provides a successful cover to the Muslim activists, keeping them anonymous.

Shaukat warned that if new system for world peace was not evolved by reconciling realism (power factor) with idealism, taking cognizance of the collective interests of humanity, the international community could divide on religious lines, culminating into clash of civilizations.

He also predicted that after the failure of power factor by the US, more state terrorism would result into more terrorism led by Al Qaeda or other similar outfits. In these terms, after 14 years of the protracted war, a perennial wave of attacks on the US and NATO installations and ambush assaults on their military personnel by the Taliban in Afghanistan, rise of ISIL, terror-attacks on Christians in Nigeria and other African countries including Iraq—and sectarian violence also proved true.

It is due to the present drastic scenario of war between the sovereign and the non sovereign entities, which has now intensified, as Sajjad Shaukat wrote in his book in 2005. The center thesis of the book remains valid, and author’s future assessments proved true.

It is mentionable that in the aftermath of the 9/11 tragedy, a number of books were published, while many Muslims wrote books in accordance with the psyche of the western people and governments in order to earn money. Thus, they misguided the US-led western countries. But, ground realities developed according to the book of Shaukat.

It is regrettable that if any US or European citizen has written such a book, he could be given reward. Perhaps, Sajjad Shaukat is a Pakistani Muslim; hence, he was not given any reward.