Home Government Assad’s enemies may be portrayed as opposition, but he fights terrorists –... 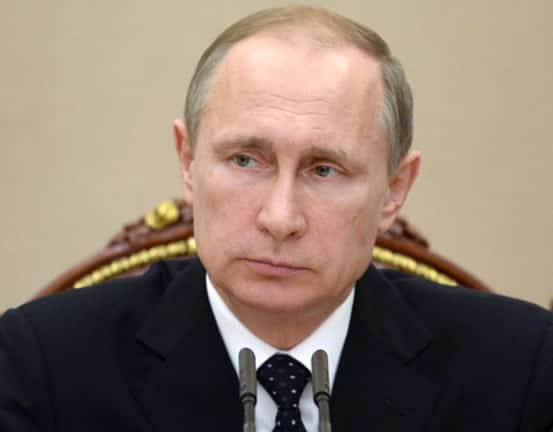 Veteran journalist Charlie Rose sat down with Putin to discuss his much-anticipated address to the UN, the global terrorist threat, the situation in Syria and ways to tackle it, among other things.

“Today, terrorism threatens a great number of states, a great number of people – hundreds of thousands, millions of people suffer from its criminal activity. And we all face the task of joining our efforts in the fight against this common evil,” Putin told Rose.

The West has become more and more preoccupied with Moscow’s alleged increased activity in Syria. Recent reports claim that Russia has been sending troops, warplanes and tanks to the war-torn Middle Eastern country.

When asked about Russia’s presence in the Arab country, Putin replied that as things stand now, Russia’s activities have been limited to supplying weapons to the Syrian government, training personnel and providing humanitarian aid for the Syrian people.

“We act based on the United Nations Charter, i.e. the fundamental principles of modern international law, according to which this or that type of aid, including military assistance, can and must be provided exclusively to the legitimate government of one country or another, upon its consent or request, or upon the decision of the United Nations Security Council,” said Putin.

He pointed out that, from Russia’s point of view, there is only one regular army in Syria – the army of President Bashar Assad. “And he is confronted with what some of our international partners interpret as an opposition. In reality, Assad’s army is fighting against terrorist organizations,” Putin said.

He also said that US attempts to “train the combat part of the opposition forces” have failed. The US had aimed to prepare up to 12,000 opposition fighters, but only 60 of those fighters managed to complete the training and only four or five actually fought with the opposition, while others fled to IS with American weapons, Putin said, citing the US Senate hearings.

“In my opinion, provision of military support to illegal structures runs counter to the principles of modern international law and the United Nations Charter,” the Russian president said. He also added that Russia is supporting only legitimate government entities and tries to ensure a united response to the extremist threat.

“We have proposed cooperation to the countries in the region, we are trying to establish some kind of coordination framework,” the Russian leader said.

He said that he had personally informed the president of Turkey, the King of Jordan, and Saudi Arabia of the initiative, as well as US Secretary of State John Kerry, adding that the Russian and US militaries are in touch and discussing the problem.

“We would welcome a common platform for collective action against the terrorists,” Putin said.

As for his forthcoming speech to the United Nations, Putin revealed that, along with counter-terrorism issues and Russia’s view on global events, he wants to speak a bit about the history of the UN, noting that the decision to found the international body was taken in the Soviet Union during the Yalta conference in February, 1945.

“Of course, I will have to say a few words about the present day, about the evolving international situation, about the fact that the United Nations remains the sole universal international organization designed to maintain global peace,” the Russian president said, adding that “in this sense it has no alternative today.”