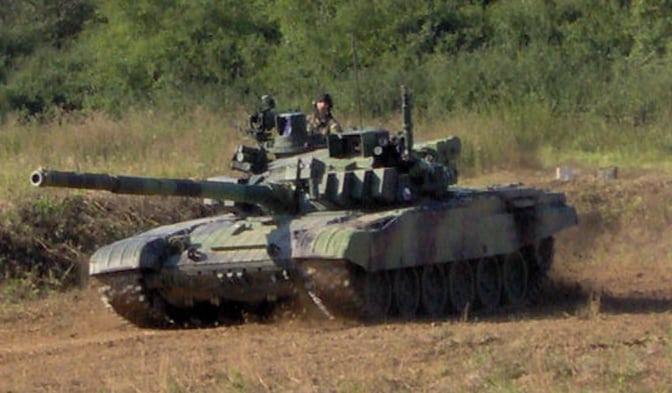 “When new gods were chosen, then war was in the gates. Was shield or spear to be seen among forty thousand in Israel?” (Judges 5:8)

Syrian President Bashar Assad reportedly sent the T-55 and T-72 tanks to the Lebanon-based terror organization (pot calls kettle “black”) in thanks for its support during the ongoing civil war. This gift will now allow Hezbollah to set up its own armored division.

The report also claimed that Iran, Syria, Hezbollah and Russia have created a “joint operations room” to coordinate their efforts. 100 officers and soldiers from Iran’s Special Forces recently arrived in Damascus in cooperation and in accordance with an agreement with Russia, with the goal to teach Hezbollah urban warfare skills. (you are kidding?)

Iran has reportedly agreed to defend the capital, Damascus, and the region down to Quneitra. This will put Iranian troops on the border across from Israel’s Golan heights. (If only this were true….bizarre Israel fabrications again)

At the same time, Russia has increased its military presence in Syria significantly with the recent arrival of ground-attack aircraft at their Latakia base. French media, citing military sources (hoax/sockpuppet), reported that 15 Russian cargo planes carrying equipment and personnel have landed over the last two weeks in Syria. Russia is expected to be fighting rebel groups that threaten Assad, like the al Nusra Front, who are also at war with ISIS.

Russian reinforcement efforts coincide with a recent Hezbollah announcement that they will now only participate in defensive battles in support of Assad. Until now, their offensive role was an essential part of the Syrian President’s fight against the rebels.

The news comes one week after Israeli Prime Minister Benjamin Netanyahu met with Russian President Vladimir Putin in Moscow. Putin reassured Netanyahu, “All of Russia’s actions in the region will always be very responsible.”

“We are aware of the shelling against Israel and we condemn all such shelling. I know that these shellings are carried out by internal elements. In regard to Syria, we know that the Syrian army is in a situation such that it is incapable of opening a new front.”

(Putin, by saying “internal elements” is saying that Israel shells itself as an excuse to attack others…and this publication was so stupid as to not understand this)

The US has also been in close contact with Russia in order to coordinate their activities in the region and avoid inadvertent conflicts. US Secretary of State John Kerry also met with Iran’s Foreign Minister Mohammad Javad Zarif at the UN General Assembly on Saturday to find a political solution to the Syrian conflict.

The US does not support Assad and has backed the opposing moderate groups in the conflict without much progress since Assad remains in power and ISIS is still intact.