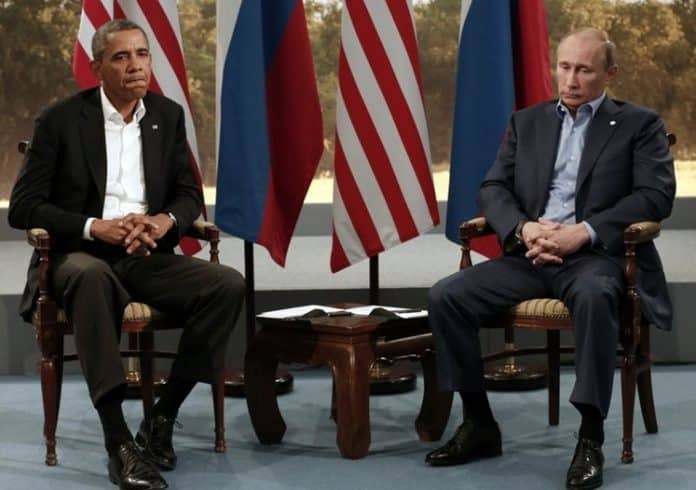 [ Editor’s Note: The planets have been aligning for the past two weeks for the main UN event on Monday. The shifting geopolitical landscape revealed at the end of the great Mid East dust storm have left many rubbing their eyes as if looking at a mirage.

Instead of Bibi the cartoon character making a fool of himself one more time at the UN podium, we will see Mr. Cool Putin taking the high road in the fight against ISIL. We have seen a carefully laid out strategy with Syria and Russia primarily, and then bringing Iran in as the core of a Neo-Anti-Terrorism effort.

Despite the best efforts of the Western media-meisters, AIPAC and the NeoConzies to paint post-nuclear agreement Iran as still a terrorism threat to the region, that insanity has been laughed off the stage. Every cab driver in the region can give you an accurate list of the real State sponsors of Terrorism and neither Syria, Iran nor Russia would be on the list.

In a brilliant move, even those who are really guilty for the terrorism epidemic are being offered to join the new Syria-Russia-Iran axis, if they will agree to stop supporting ISIL. If they do not, then we might be sent an interesting Intel drop, and the new axis will have permission by default to carry on their own anti-ISIL war; despite Putin saying he wants all such efforts done under the UN.

The big break came with the State Department’s Russian isolation regime being crushed when Germany and France shifted lanes on the US highway-to-hell Mid East foreign policy. The German Vice Chancellor even mentioned that asking the Russians to help settle these festering regime change terrorism wars while having the sanctions boot on Moscow’s neck was beyond stupid.

Labor’s surge among the Brits has survived the low blow smear tactics of the Zionist Lobby there and forced Cameron to back off his “Assad must go” stance, as Obama did. To see all this happen in a week was incredible.

We were discussing all these issues last week with top Syrian officials, with some meetings running past midnight. Gordon has a more detailed report in the works, which will be a victory lap for VT in what we got confirmed on some of our past major stories.

We are now seeing what we had been predicting would go down with the US-Western phony War on Terror — that it would eventually become clear to all as a major security threat to everybody, not just ISIL the puppet, but those backing it.

Obama goes to the UN on Monday with his Iran victory and his defeat over Bibi and AIPAC, but his hands are drenched in the blood of innocent Ukrainians, Syrians, and Yemenis… all under the boot of a US-backed terror war.

Even Saudi Arabia has gotten into the act by turning the Hajj into a “Hajj killing fest”. Guilt was established instantly when the Royal order came to withhold all video camera footage showing what really happened. If the King tries to sail through this with an internal investigation, he is risking his downfall.

Major UN reform is also on the to do list over new permanent members and a silly attempt to take the permanent veto away from Russia, where we will see Hell freeze over before that happens. It is going to be an eventful week, and no rest for the weary, as we may have to go back to Syria again… Jim W. Dean ] 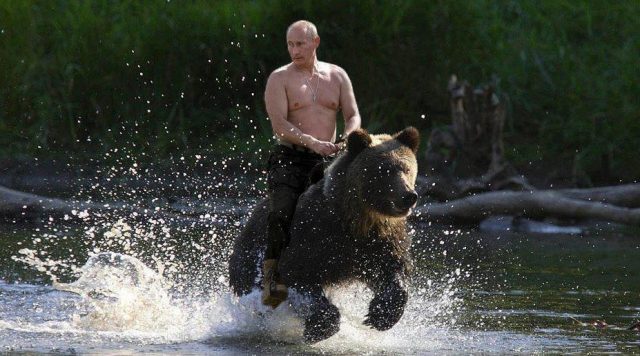 World leaders are flocking to New York for the 70th session of the UN General Assembly for a debate on the most pressing issues of the day. Russian President Vladimir Putin is going to address the gathering for first time since 2005.

Though the UN General Assembly (UNGA) kicked off on September 15, the annual gathering’s key events are still ahead. After the UN’s three-day Sustainable Development Summit, the highly anticipated Annual Debate will take place Monday – and this year it is expected to draw more world leaders than ever before.

Abiding by tradition, Brazil will launch the debate’s crowded agenda on Sunday. President Dilma Rouseff will be followed by the host country, with President Barack Obama addressing the highest ranking representatives of the international community.

Vladimir Putin will be addressing the UNGA meeting on Monday for the first time in 10 years. According to Kremlin spokesman Dmitry Peskov, the Russian president has been preparing for his speech for about a month. Foreign Minister Sergey Lavrov, who will head the Russian delegation at the UNGA after Putin’s one-day visit, has said earlier that the president will highlight  the Syrian and Ukrainian crises, sanctions, and the fragmentation of global economy, among other pressing issues.

More intriguing may be the scheduled meeting between Putin and US President Barack Obama. The last time Obama and Putin’s sat down for tet-a-tet talks was in June 2013 at the G8 summit in Northern Ireland, while a fleeting meeting took place on the sidelines of an APEC Asia-Pacific summit in Beijing in November 2014. Among the bones of contention between the two world powers are the sanctions the US has imposed on Russia over the Ukrainian crisis.

White House press secretary Josh Earnest said that Ukraine will be the “top agenda item,” while Peskov said the “mutually agreed upon” one-hour meeting will center around the Syrian crisis.

The media has been speculating about the timing and meaning of the talks. The Wall Street journal wrote that Russia will return to center stage after the meeting.

“Putin wants to leave New York not as a regional power, but as a big player in the world,” said a European official who deals frequently with the Kremlin.

The Los Angeles Times wrote that, with the Putin-Obama meeting scheduled on the sidelines, the UNGA “will be less of a party.”

UNGA members are also set to discuss the 193-member organization’s internal problems. On Saturday, German Chancellor Angela Merkel called for reform of the UN Security Council (UNSC), an issue which has been debated for decades.

“We need a new method of work to solve problems,” she said on the sidelines of the session in New York. “That makes reform of the Security Council necessary, reform which reflects the real power in the world better than the situation today.”

Earlier on Saturday, G4 leaders from Brazil, Germany, India, and Japan issued a joint statement saying that they will insist on reforming the UNSC at the 70th UNGA session in a bid to receive permanent membership.

At the moment, the council has 15 members, of which 10 temporary members are elected for two-year terms by the UNGA and five – China, France, Russia, the UK and the US, who were key allies during WWII – have veto powers. The UNSC is a powerful body that has the right to authorize military action and approve sanctions.

“The current atmosphere is that, not only we four, but many others don’t agree with the structure and the working method of the Security Council,” Merkel said. “We want to take others with us to reach a modern working structure of the Security Council which suits the 21st century.” “We have to proceed very wisely,” she added. “We have to find allies to reach our goal of reform.”

Ukrainian President Petro Poroshenko, who will address the UN’s Sustainable Development Summit on Sunday and then take part in the Annual General Debate, said that reforming UNSC member’s veto powers is one of the major goals of his visit. He said Kiev’s initiative is supported by many other countries. The leader also expressed hope that Ukraine will become a temporary member of the Security Council for 2016-17 after the general vote in October.

He also harshly criticized the initiative to limit veto powers, calling the suggestion “populist” and “not a workable scheme.”

“The problem is not only the situation you are dealing with but what kind of proposal you are making to deal with the situation,” Churkin said. “What is the content of the resolution which is going to be put on the table and which a permanent member will not have a right to veto?”

The UNGA, which will end on October 3, will be a diplomatic celebration of the body’s 70th anniversary. About 150 leaders are expected to participate in what seems by far the largest gathering of policymakers in years to outline international goals for the next 15 years.