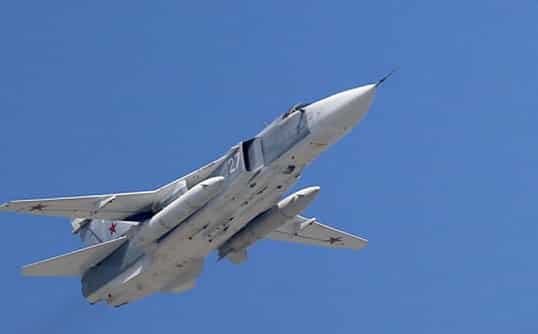 “As a result, arms and fuel depots and military equipment were hit. ISIS coordination centers in the mountains were totally destroyed,” he added.

Konashenkov said that all the flights took place after air surveillance and careful verification of the data provided by the Syrian military. He stressed that Russian jets did not target any civilian infrastructure and avoided these territories.

“Russian jets did not use weapons on civilian infrastructure or in its vicinity,” he said.

Earlier in the day, the Russian military announced the start of air operations in Syria in order to help the goverment fight terrorist forces. Syrian state television named at least seven areas targeted by the air strikes.

They included areas around the cities of Homs and Hama, which are 44 kilometers apart, according to various media reports.

“The targeted areas in today’s Russian air raid in Homs were those areas which fought ISIL and defeated it a year ago,” head of the Turkey-based Syrian National Coalition Khaled Khoja claimed, adding that at least 36 civilians had been killed in five different areas during the strikes.

READ MORE: Preemptive strike is how you fight terrorism – Putin on Syrian engagement

The US said that Moscow warned them of its actions one hour prior to the flights. Russia also urged Washington to clear the skies for its operations, but the US said it would not comply.

“The US-led coalition will continue to fly missions over Iraq and Syria as planned and in support of our international mission to degrade and destroy ISIL (Islamic State),” US State Department spokesman John Kirby said.

Washington expects that conversations will take place with Moscow about operations in Syria.