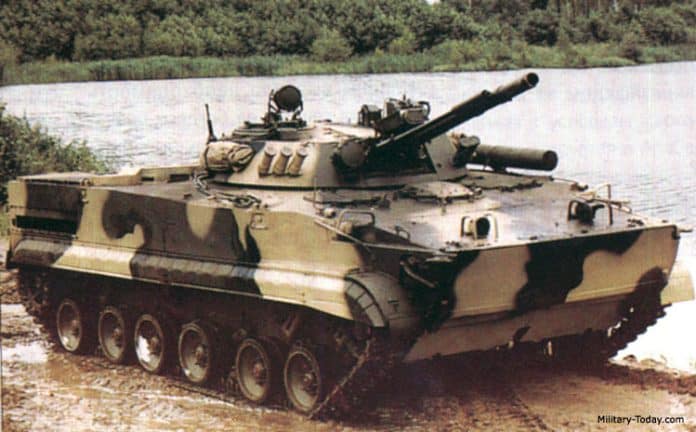 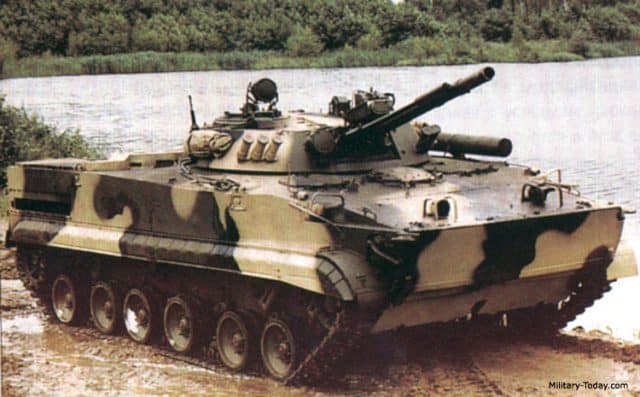 [ Editor’s Note: Weapons exports have the obvious benefit of foreign exchange earnings for the manufacturer and country, but this is just the beginning of the goodies list. The real big ticket is having large production runs, which can average down the cost of domestically needed units, and a steady flow of funding for R&D improvements.

Maintaining a production capacity beyond what you need domestically puts you in a position during a war to “borrow” production in the pipeline for foreign customers to increase armaments deployment to your own military units more quickly. You also have a larger capacity to repair damaged units quickly and return them to combat.

The Saudis opened up to the Russians after the Iran nuclear deal was going down, in an obvious hedging its bets on having all Western arm suppliers. These BMP sales are bread and butter military sales and not as sensitive as cutting edge high technology weapons like missiles, radars and then the horribly expensive aviation products.

But Russia has a big country to defend, so it needs to keep its arms industry fed with orders, competing with everyone else seeking the same advantages. The Russians certainly have a high tech weapons industry, too… but the top of the line stuff is rarely exported.

Future air wars will of course be tilted toward who has the best performing planes, but missile defense and electronic measures are just as important. And until you really are in a shooting war you never know whether you are in good or bad shape, as surprises are always revealed that have been saved for such occasions. It is the job of military intelligence to see to it that there are never any bad surprises, and you pray that your guys are better than your opponent’s, say amen!… Jim W. Dean ]

“We’ve got an application for 500 BMP-3s from Iraq and for 950 from Saudi Arabia,” the interlocutor told the Agency.

He noted that there are no problems with orders, but a balance must be set between those for export and for the domestic market.

“In 2016 we’ll start conveyor manufacturing to fulfill all the orders on time. However, the conveyor start-up calls for a lot of work in the component supply segment,” Bakov added.

Previously it became known that before the end of 2017 the Russian Defense Ministry is due to receive over 200 new BMP-3s. In addition, there were reports that those combat machines might be purchased by Myanmar and Morocco planning to acquire small lots of 35 to 40 IFVs.

As per unclassified sources, the BMP-3s are in service with a number of countries, including Kuwait and the United Arab Emirates. Russia is currently fulfilling an order to upgrade 135 infantry fighting vehicles of the UAE. The work is expected to be completed early next year.