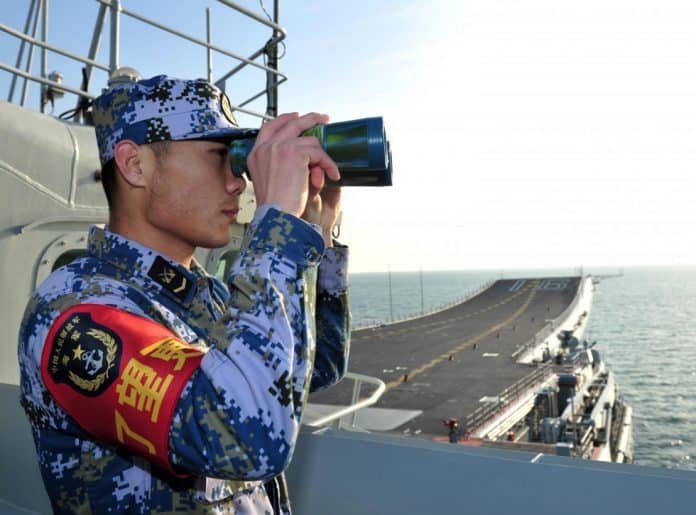 [ Editor’s note: The Chinese President’s UN visit got quickly swallowed up by events which followed him there. The Russian build up in Syria had become an everyday drama, and most would not have predicted we would have seen the situation change so quickly there.

At one point I was thinking that Xi Jinping had worked out a “good cop, bad cop” routine with Putin, where he would play the bad boy for a while to set Xi up for Obama wanting to work some deals with him, to “pull him away from Putin” to ease tensions, and then turn all his guns on Vlad.

After hearing that Xi and Obama had worked out a cyber-spying arrangement, that’s all I remember. While I was trying to figure out whether that meant the US would do it on even days and the Chinese the odd days, the big speech day came and Obama took a dive, while Putin pulled a medium performance.

We can see now that his goal was to not say anything too dramatic, but to show the usual philosophical and pragmatic Putin we are all used to by now, and not give the media hounds any easy shot at him — like “Putin unleashes Red Terror at UN”.  But he knew what he had planned, and that we would find out soon enough.

I had pulled this NEO Terekhov piece over four days ago, just when the doo doo hit the fan in Syria, and you all know what it has been like since then… one hell of a news rollercoaster ride. But China is a huge and important country, another one with 10% of the US defense budget that has to be framed as a serious threat to keep the Pentagon stocked up on pork, so the poor fellows don’t starve over there, God bless ‘em.

So we shall give the China-US geopolitics a little catch up time today. You may notice that China has gotten hardly any news during the Syrian war, other than a strange mention of a Chinese aircraft carrier on some kind of a mission, pitched to us as some kind of a flanking move.

Will we be seeing them getting their time to launch cruise missile salvos at the dwindling number of terrorist targets? I say that because the Jihadis are going the human shield route now. But they goofed there. That disperses them, breaks up their chain of command, pulls them away from what ammo supplies they have left, and that’s when the Syrian Army goes to work on them; and this has just started.

I predict we will see them retreating with women and children on the hoods and roofs of their vehicles, and I don’t expect many to get arrested at the Turkish border for mass kidnapping. But that story will have to wait, as I now turn you all over to Mr. Terekhov for his excellent report. Please remember our Russian friends are writing geopolitical material in a second language, something few of us Americans can do, and I would never attempt in this lifetime… Jim W. Dean ]

On September 23-26 the President of the PRC Xi Jinping’s government visit to the US took place. It had been preceded by a number of bilateral preparational measures. At first glance, the course and outcomes of the talks between two leading world governments leave a strange impression.

The wording alone, which was most commonly used in the process of preparation and during the Xi Jinping’s visit to the US, is surprising. The most frequently used words were all based on the word “cyber” — cyber espionage, or cyber security.

As if there are not more pressing problems concerning the relations between the leading world powers, more traditional to world politics, such as territorial issues, economic competition, the fight for world influence.

Of course, from the viewpoint of providing effective functioning of government and the problems related to security issues, it is difficult to overestimate the significance of a reliably operating of management system, one of the key elements of which has always been national informational networks (both government and private).

Developing these networks based on contemporary (cyber) technology has brought nothing particularly new to the table concerning the age-old problem of providing a closed system for communicating important government information, safe from outside interference. What does it matter who is behind this, be it Mata Hari herself or a “four-eyed” hacker behind a laptop?

Recent years have (at least allegedly) seen hackers from one of the leading world powers get their hands slapped by the so-called “competent services” of the other. And? After multiple assertions (throughout the course of the visit) that cooperation in providing mutual cyber security is fully necessary, maybe both competitors will stop peeking into each others keyholes?

Why did this commonplace topic — hacking — receive so much attention at the latest American-Chinese summit? The fact is, that strategically vital aspects of their bilateral relations are currently in such a state, that on this “joyous occasion”, they were better left untouched as far as the public was concerned.

One of the most pressing problems in American-Chinese relations recently is the situation in the South China Sea. China claims 80% of the South China Sea as its own and thus finds itself embroiled in territorial disputes with a number of coastal countries. 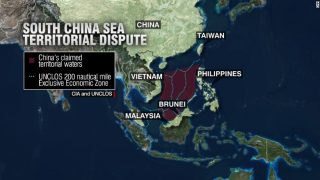 The US is, de facto and for obvious reasons also interested in them, as evidenced by statements by officials of the American administration. For example, three weeks before Xi Jinping’s visit, the US secretary of defence, Ashton Carter announced that his ministry planned to “fly, sail and operate anywhere that international regulations allow“.

This might seem to be an entirely ordinary announcement, not meriting any real attention. After all, which of the political powers seated at the world table doesn’t profess its respect for the official rules of the game at hand? And why should problems arise from the intention to “fly and sail” wherever international regulations allow?

However, the nature of this explicit message addressed to its main geopolitical opponent gives a clear opportunity for it to occur. And this opportunity is due specifically to the situation in the South China Sea. And yet, the content of the message did not aim to leave the recipient in any doubt: the US will not agree with the Chinese territorial claims to the South China Sea under any circumstances.

This message gains importance due to specific developments in the form of various military demonstrations held recently by American battleships, aircraft, as well as all-round support from China’s opponents (the Philippines, Vietnam, and Indonesia).

The response is also very explicitly stated. Particularly when during his visit, the Chinese leader declared once again that China “has the right to protect its territorial sovereignty.” So how, from these starting positions, can one of the most important issues for supporting regional and world stability be discussed?

Under these conditions, since they were already together, the agenda might have better been filled with topics leaning towards, “it is better to be rich and healthy than poor and sick.” This is the problem with polluting your surroundings and the (supposedly) related global climate changes.

In China itself, this is truly a reality as a result of a unique energy policy. But that is a problem for China itself, hardly involving the world as a whole.

However, the discussion of climate pollution issues is a very worthwhile topic for each of the leading world powers, who jumped at another opportunity to remind humanity of its responsibility over its own fate.

The decision adopted on this issue, “the joint statement”, emphasises their personal commitment to ensuring the success of the upcoming (21st) climate conference in Paris this December.

Having recently encountered serious problems, both domestic and with their neighbours, the PRC is striving to lower the tension level in its relations with the US. In a meeting with Barack Obama, Xi Jinping outlined a broad conceptual programme with six points for development.

In response, the American president declared that “the US and China possess mutual interests in various fields”, such as the Iranian nuclear program, the problem of denuclearizing the Korean peninsula, the restoration of Afghanistan, the problem of climate change and preserving wildlife, plants and animals.

This is some, but not all of what was on the agenda of the Chinese leader by a long shot.

Xi Jinping again announced that the Asia Pacific region is a large area and provides sufficient room for profitable cooperation. But, as we know, when relations are far from friendly, the whole world seems too small. And this, unfortunately, is the case with current American-Chinese relations.

So on the whole, we get the impression that the leaders of these two leading world powers, throughout the preparation and process of the summit were most likely concerned with creating TV appearances of constructive bilateral relations.

At least, this is true as far as the US is concerned, finding itself on the verge of inner political turbulence on a larger scale than they’ve seen for over ten years. There is scarcely an expert out there who values his reputation that would dare to predict the outcome of next year’s presidential elections, or the implications on the foreign policy of one of the chief participants in the new global game.

The most positive outcome of the latest American-Chinese summit is the fact that it was held at all, an accomplishment that two to three months ago was still under question, despite the fact that it had previously been planned by both parties.