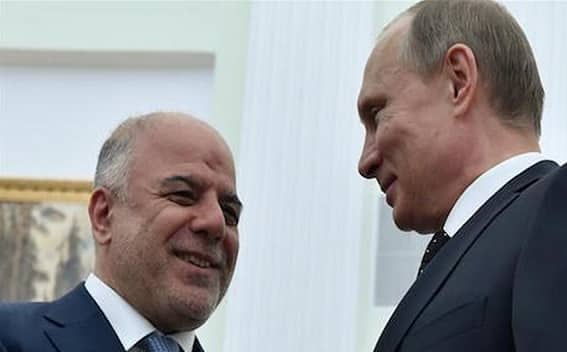 ERBIL, Kurdistan Region—All equipment and devices for the joint operations room Iraq has signed with two of its neighboring countries and Russia have arrived in Baghdad, an Iraqi security official said Wednesday.

“Advanced intelligence gathering equipment have arrived in Baghdad and the operations room should be underway soon,” Askandar Witwit, a member of Iraq’s security and defense committee told Rudaw.

Iraq announced last month that it had joined a Russia-Syria-Iran agreement of cooperation and intelligence sharing in the fight against ISIS.

“The joint center has not started its intelligence gathering yet,” said Witwit.

Witwit praised the new equipment and their significance for Iraq’s battle with ISIS.

“The equipment that have arrived are of extreme importance and accurate in gathering the kind of information we need,” he added. “It will help the Iraqi and Syrian armies to fight the terrorist gangsters and conclude the war faster,”

Witwit made no secret of his confidence in the Russians, saying, “As a superpower Russia is playing an essential role in world politics today and this will decide the outcome of the war in favor of Iraq and Syria.”

Iraqi leaders including Prime Minister Haider al-Abadi and the Shiite militia have called on Russia to help them in the fight against ISIS.

According to the US State Department however, Baghdad has not yet asked Moscow for air support as is the case in Syria.

“We’re always in conversations with Iraq about the security situation,” Mark Toner, Deputy State Dept. spokesperson told the media on Tuesday. “What I can say is that Iraq certainly hasn’t asked for Russian airstrikes in its territory, so it’s kind of a moot point at this point,”