Home WarZone ISIS training militants from Russia in Afghanistan, ‘US and UK citizens among... 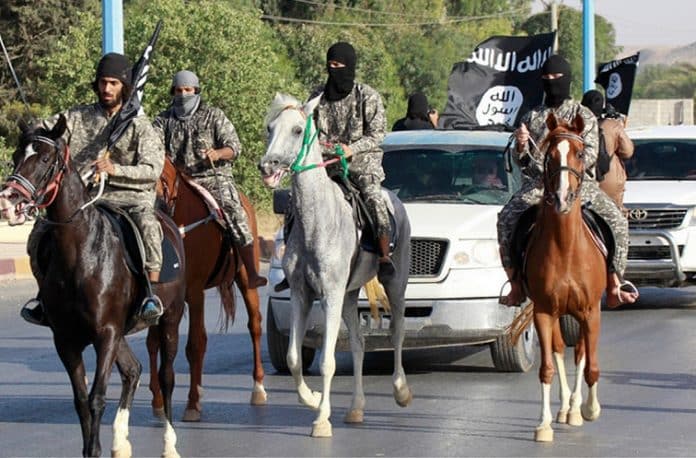 Islamic State is training militants from Russia in Afghanistan as part of its efforts to expand into Central Asia, a senior Russian diplomat told a security conference in Moscow. He added that US and UK passport holders are among the instructors.

“There are several camps operated by [Islamic State, previously ISIS/ISIL, in Afghanistan] that train people from Central Asia and some regions of Russia. They speak Russian there,” said Zamir Kabulov, President Putin’s special representative for Afghanistan.

He added that there is a wide national variety of instructors in those camps. There are Arabs, Pakistanis and even people with US and British citizenship, he said.

Russian intelligence estimates the number of militants in Afghanistan who have pledged allegiance to the Syria- and Iraq-based Islamic State, at 3,500, Kabulov said, and the number is rising.

“The rise of [Islamic State] in Afghanistan is a high-priority threat. Just think about it: [ISIS] showed up in Afghanistan for real just a year ago, and now it has 3,500 fighters plus supporters who may be recruited into the ranks of the militants,” he said.

Overall, there are some 50,000 fighters belonging to more than 4,000 militant groups in Afghanistan, said Army General Valery Gerasimov, who heads the Russian General Staff. He was addressing the same conference in Moscow, which is discussing the security situation in Afghanistan. The Afghan Taliban is by far the strongest militant movement in the country, with some 40,000 fighters in their ranks.

But their dominant position is being challenged by Islamic State, which sees Afghanistan as a recruiting ground, a source of income and a foothold for further expansion over Central Asia, reported Colonel General Igor Sergun, the head of the Main Intelligence Directorate, Russia’s military intelligence agency.

“ISIL [a former name for Islamic State, along with ISIS] uses the worsening of the situation in Afghanistan to strengthen its position,” he said, adding that such development poses a real threat to Russia’s security.

“We estimate that ISIL gets new troops by bribing field commanders of Taliban, the Islamic movement of Uzbekistan and other radical religious organizations operating on Afghan territory,” Sergun said.

Russia believes that if Islamic State is allowed to grow in Afghanistan unchecked, the group could spread its influence north toward Russia and east to China’s Xinjiang Uyghur Autonomous Region, the general said. There the jihadists would be recruiting people from national minorities and local terrorist organizations.

The Afghan government in Kabul is unable to turn the tables on the militants, despite having superior weapons and numbers, Sergun said. He blamed poor planning skills of Afghan commanders and bad training of their troops for it.

“The will to fight for ISIL in most cases comes from financial interest. But at the same time, the ISIL message is spreading quickly among the educated youth who have access to the internet and other media that is spreading the radical version of Islam,” Sergun warned.

Islamic State is targeting radical fighters in Afghanistan who are falling for ISIS propaganda, accusing Taliban leaders of abandoning the fight against the United States and the government in Kabul, Sergun reported. This year alone clashes between the Taliban and ISIS have claimed an estimated total of 900 lives on both sides, he added.

Russian officials accused Washington of orchestrating the deterioration of security in Afghanistan and the expansion of Islamic State there.

He added that on several occasions Taliban groups that refused to join Islamic State were “set up” to be targeted by airstrikes.

“The Afghan Army practically has no aircraft. Only the Americans do. These details bring some very bad thoughts and concerns. We have to take them into account and draw conclusions accordingly,” he said.

Sergun said the US has a long-term goal of preventing stabilization in Central Asian countries and surrounding Russia and China with a network of regimes loyal to America and hotspots of tension.