Home World “The Russian Air Force conducted 64 sorties and hit a total of... 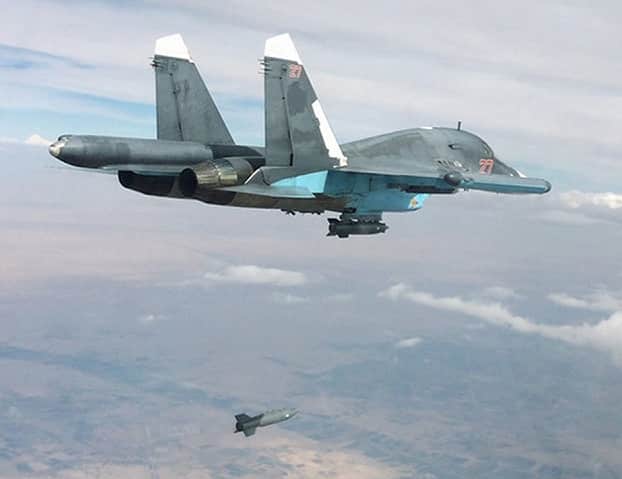 The Russian Air Force conducted 64 sorties and hit a total of 55 targets, he said.

He added that the Russian effort has “considerably degraded” the strength of the terrorist forces in Syria.

“During the initial phase of the operation, our warplanes have destroyed the biggest and most important supply hubs of ISIL,” Konashenkov said, calling Islamic State by its former name. This resulted in the “mobility and offensive capability” of the jihadists being reduced, he said.

The general said signal intelligence reports indicate that the militants are suffering from a shortage of fuel and ammunition after the Russian bombings. “Some of them are demoralized and are actively leaving the battle zone, moving in eastern and northeastern directions,” he said.

[ Editor’s Note: This will save a lot of Syrian Army casualities and armor from being destroyed, and reduce the chances of “stay behind” Gladio type ambush and sabotage squads. Once the jihadis are out in the open in the eastern deserts they will have to resort to using human shields to protect themselves from air attack. After all the people they have murdered, when facing getting wiped out themselves they would mind taking a batch of local people with them… Jim W. Dean ]

Konashenkov said that the increasing number of combat missions conducted by Russia in Syria is explained by the large number of potential targets identified and confirmed as viable by space and aerial reconnaissance.

Russia started its bombing campaign in Syria last week with a goal to provide air support to the government troops fighting against various terrorist groups, primarily Islamic State. This allowed Damascus to go on the offensive in Hama province on Friday.