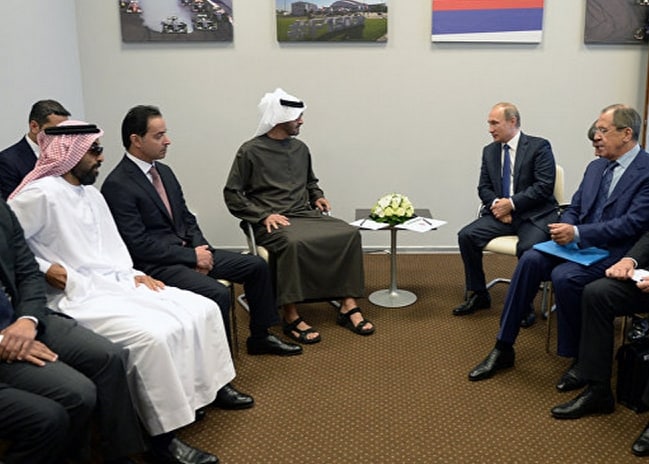 Russian President Vladimir Putin held work meetings in Sochi with Defense Minister of Saudi Arabia, Prince Mohammed bin Salman, and the Crown Prince of Abu Dhabi, Mohammed bin Zayed Al Nahyan. In a recent interview, Putin stated that if it wasn’t for their support, the operation in Syria would not have taken place.

Pravda.Ru asked an expert opinion from professor, chief researcher at the Center for Arab and Islamic Studies at the Institute of Oriental Studies, Irina Zvyagelskaya.

Also read: Putin dots all i’s about operation in Syria

According to our expert, the destruction of the Islamic State meets the interests of both Russia and oа the Gulf States. “It is very important to coordinate our actions, because they have a different approach to the problem. The gulf States do not support the Assad regime. They fear that the operation will make Iran and Syria stronger. Therefore, it is especially important to explain our position and realize that there are many issues that unite us, rather than separate. Putin said that he discussed a number of issues relating to coordination,” said Irina Zvyagelskaya.

Putin does not act on the example of Chechnya. In Syria, he is not looking for partners in the face of Sunni leaders. Russia’s prime goal is to cause as much damage as possible to the Islamic State.”

Read article on the Russian version of Pravda.Ru